Every Word Tells a Story 7 - God, Gold and Gobbledygook

In our journey to find stories associated with words, dear reader, we come to the 7th letter of the alphabet, G.

The letter has many sounds in different languages. There is the ‘soft’ g of gypsy and giant to the hard ‘g’ of game, gamut and gargoyle in English. In French it takes an even softer sound as in rouge and beige. In some Spanish dialects it takes on the ‘h’ as in Cartagena.

When commencing my quest to find stories around words beginning with G - two words sprung to my mind immediately. One is the word that denotes an omnipresent, omniscient and omnipotent construct that is all pervading. But that’s enough about Google, let’s talk about the other word that is God.

The overseer and creator of the very Universe we live in (and many more?), God is the English name of the deity billions believe in, across all religions. In monotheistic religions God is a sole entity while in polytheistic constructs, one of many.

It is hard to know where the word God originated from. The immediate predecessor of the English word is the Germanic – ghu-tom that has its origins in the Indo-European –ghaue. The root -ghaue means to call or to invoke, so ultimately the word God could mean – that which can be called upon or invoked.

The Many names of God

There are many names for God. The equivalent of the English version is Deus in Latin, Theos in Greek, Deva or Ishvara in Hinduism and Allah in Islam. Polytheistic religions may give proper names to various Gods with their own characteristics and idiosyncrasies.

In its original Hebrew versions the Bible gave God a proper name, the tetragrammaton Yahweh that was spelt YHWH (originally unpronounceable until the later addition of vowel sounds to make it IaHUeH or Yehovah ). In English versions of the Bible this has been simply translated to LORD.

Depending on our belief status in the Supreme Being, we can be classified as the following – which one is you?

The Many Depictions of God All this talk about God and creation brings me to the subject of the universe and our Galaxy. Did you know that the term Milky Way Galaxy is a kind of redundant phrase? The word Galaxy itself comes from the Greek root for milk.

Observing the milky white appearance rendered by billions of stars packed together, the Greeks also called the cornucopia of constellations milky (‘galaxias’ ) The English term Milky way originates from the Latin ‘lactea’ which also means milky. Anyone who is lactose intolerant will know that lactose is a constituent of milk or any dairy product. It was Galileo Galilei who after construnting his telescope properly described the galaxy we live in. The Milky way is over 10 billion years old!

In the centre of the milky way lies a massive black hole called Sagittarius A* - this is nearly 120000 light years across ( a light year is the distance light can travel in a year in vacuum and believe me light can travel very far in a year- around 10 trillion kilometres or 6 trillion miles!) .

It never ceases to amaze me that what we seen in the night sky is but a fraction of all the stars out there in the Universe. The sheer scale and magnitude of the Universe is astounding and makes me feel very, very tiny and very, very grateful.

As I contemplate the night sky, I go through a gamut of emotions. That neatly brings us to this strange word, Gamut.

The word means a range or the whole variety. It also represents the full range of notes in Musical terminology. The word originates from musical notes, strangely enough.

A 11th century musical scholar Guido d’Arezzo is attributed to developing the ‘hexachord’ six- scale notation for reading music. Guido wanted a mnemonic to remember the notes and chose the first syllables of a the lines of popular Latin hymn to St. John:

Translation of the Hymn to St John

So that your servants may, with loosened voices, resound the wonders of your deeds, clean the guilt from our stained lips, O Saint John.

Ut was eventually replaced by Do as it had a more open sound and Si was changed to Ti so that each note started with a different letter. So Ut-Re-Mi-Fa-So-La-Si became Do-Re-Mi-Fa-So-La-Ti.

What was originally only applied to the lowest note soon became the name for the whole range of notes and Gamut came to mean what it means today. It has also been expanded for use for a ‘range of colours’ and to mean ‘encompassing a wide variety'.

And who could forget the wonder Julie Andrews singing Do-Re-Mi in the evergreen The Sound of Music. That film is nothing but solid Gold.

James Bond (Tied to a device as a laser beam is about to dissect him) : ‘Do you ex(sh)pect me to talk?’

Auric Goldfinger : ‘Oh no Mr Bond, I expect you to die.’

Ahh, Gold. The yellow metal gets its name from its colour. The Indo European root –ghel ( the same root from which yellow comes from) gave birth to – ghltom meaning Gold.

These Germanic roots can be traced to variety of Slavic words for Gold including Russian Zoloto, Polish Zloto, Dutch goud and Danish guld. This explains the names of the coins in various European countries : Dutch guilder and Polish Zloty presumably came from their golden origins.

The Romance languages went for the colour red rather than yellow. The dawn red sky inspired Romans to call their gold Aurum, perhaps from the Goddess of Dawn, Aurora. This gave rise to the Italian and Spanish Oro.

The Chemical symbol for gold is Au from Latin Aurum.

If you have seen the James bond film Goldfinger, you may remember that the gold obsessed villain is called Auric Goldfinger. 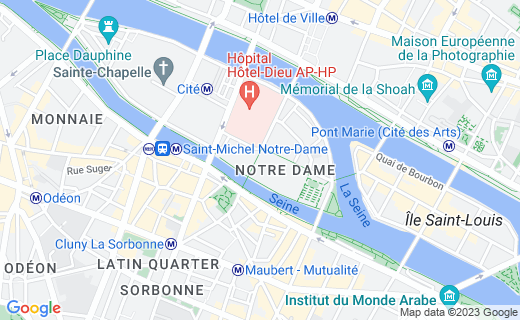 Throaty chuckles bring me to words that originates from onomatopoeic imitation of throaty sounds – gargle and gurgle . These come from ancient roots –garg and –gurg . The Latin gargarizare means gargle. The English words gorge and regurgitate also spring from these throaty origins. The Latin word gurgulio came to mean throat or gullet.

The English and French borrowed this root to make words of their own. The English got ‘gurgle’ for a throaty noise and the French got ‘gargouille’ meaning throat.

In ancient French buildings, the spouts to drain rainwater from the roof were carved into elaborate and grotesque sculptures. The water then spouted from the throat of these creatures. Thus arrived ‘Gargoyles’.

The famous Gargoyles on the Notre Dame de Paris are a sight to behold. Even now many Gargoyles survive in rooftops. Silent, shadowy and scary in moonlight.

Victor Hugo wrote the famous novel, ‘The Hunchback of Notre Dame’ based around the Notre-Dame cathedral. Its protagonist, the deformed Bellringer, Quasimodo lives among the stone gargoyles on the roof of Notre-Dame Cathedral. He falls in love with the beautiful gypsy Esmeralda during the ‘Festival of Fools’ in 15th century Paris.

Although many versions of the tale exist in many media, the original story was a dark gothic novel set in turbulent times and glorifying the architecture of the cathedral where the tale unravels. Hugo’s novel was so popular that it made Parisians realise the value of their historic monuments and they set about renovating the cathedral which had fallen into disrepair in the early 19th century.

The beautiful gypsy Esmeralda may make us consider the word ‘Gypsy’ itself. This has a curious origin. In medieval Europe the nomadic Roma people were believed to have originated from Egypt and were simply called E-Gyptians which soon became Gyptians. By the end of 16th century this had transformed to Gypsy.

Now, don’t think I am talking Gobbledygook. Allegedly this word that means’ pompous and unnecessary verbiage or talking nonsense’ is a relatively new word of the 1940s. It is the invention of Texan Lawyer Maury Maverick, who attributes it to the ‘bearded turkey gobbler that struts pompously about making gobbledy-gobble noises.

Allegedly there is another, more lascivious slang ' Gobble the goo' that used to exist in America ( and may still do) but I won't go into that.

We started with the omniscient and omnipresent construct of God. Perhaps now we can consider the origin of the name Google.

Back in 1930s American mathematician Edward Kasner wanted a name for a ridiculously large number 10 to the power of 100 or one followed by 100 zeroes. Lacking inspiration, he allegedly turned to his nine year old nephew Milton Serotta to give him a name for this number. Milton promptly came up with Googol.

To this day, Googol is the name given to this number. The founding fathers of Google wanted to illustrate their aspirations for the number of searches their engine can deliver. So they went with the mis-spelt name, Google. Sorry, the Sound of Music Bug is upon me. Thanks for coming along for the 'G' ride and hope you enjoyed the read. I wouldn't sully my page any further with mentions about 'G' men, 'G' spots and 'G' strings although I'd like to!

Oh by the way did you know where Goodbye come from?

The 'Good' in goodbye is actually 'God'. In the 18th century 'God be with you ' was a popular farewell phrase. William Shakespeare has ' God be wy you ' and 'God buy ye ' which by the 18th century became contracted to Goodbye.

See you soon with Aitch. Yes 'H' is 'Aitch' and not 'Haitch'. Remember.