I strive to provide helpful information, including smart and fun methods for solving everyday problems.

Would You Like Some Hilarious Talent Show Act ideas?

Well, darn. It’s time again—already!—for the annual school talent show. Last year you swore you’d get your child enrolled in some sort of class so this year he (or she) would be prepared with a knock-their-socks-off talent show act. Little Angelica next door has been taking ballet since she was 18 months old and can perform a flawless rendition of the Swan Lake solo. Gunnar over there has been working hard at his electric guitar lessons and can very nicely crank out a sweet Van Halen/ACDC medley. What about your kids? They want to be in the show, but what if their talents are more along the lines of being the highest-scoring soccer forward, or reading five notches above their grade level?

Don’t fret, moms and dads. There are plenty of fun ideas for kids who weren't born for the stage. The key is to put together an act that is fun, lighthearted, and funny. Angelica and Gunnar might get the critics’ choice awards, but your kid will bring down the house and be the talk of the school the next day.

These are also great talent show ideas for adults!
If you're an adult in a fraternity, sorority, church group, or office, these funny acts translate well for adults, too.

This very funny cymbals routine (see video) is performed by a college student, but could easily be done by a grade-schooler. This skit is really entertaining, and doesn’t require much musical or acting ability. However, a child who has a good sense of comic timing can make this skit its funniest. Be sure your child adds in plenty of sighing, music page turning, impatient toe tapping, and head scratching. If you decide on this act, the music to download is John Phillip Souza's "Stars and Stripes Forever."

Unlike most of the acts on this list, this one requires unusual equipment: the cymbals. Ask your school band if you can borrow some, or put up a post on Facebook asking if any of your contacts have cymbals you can borrow. You may even be able to purchase some cheaply on Craigslist, then resell them when the show is over, if you like. 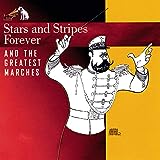 With a glow-stick stickman costume, a dance that would be hum-drum with the lights on turns into something spectacular when the lights go out. When you’re a glowing, dancing stickman, no cares whether or not your moves are perfect or difficult to master. The most basic of dance steps come alive. Watch the video, and you’ll see how easy the dancing is, and how loudly the crowd cheers and claps. This act is fun, funny and appropriate for either boys or girls. If you’re interested in this act, check out this tutorial on how to make a glowing stickman costume.

Be sure to use some fun dance music that everyone knows, such as LMFAO’s “Party Rock Anthem,” Maroon Five’s “Moves Like Jagger,” “Living La Vida Loca” by Ricky Martin or the classic “Shout!” by the Isley Brothers. 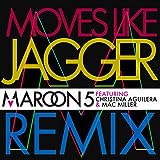 Whether the audience is made up of kids, adults, or both, they’ll howl with laughter at men dressed as women or boys dressed as girls. A very funny act that I saw at my own kids’ school was three boys who dressed up as Beyonce and her back-up dancers, and did a lip-synch dance to “Single Ladies: Put a Ring on It.” The boys wore wigs, sunglasses, and black tights and leotards, and really hammed it up. It was hilarious. One of the boys' wig and sunglasses fell off during the dance, which was not intentional but made the skit even funnier. A song with a danceable beat from any diva-type singer works. Try "Shake it Senora" by Pitbull or something from Lady Gaga or Christina Aguilera. “Barbie Girl” is also very funny when done by boys. Another idea is for boys to dress up as cheerleaders and do a funny cheer routine. 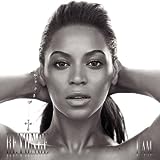 Single Ladies (Put a Ring on It)
Buy Now

Get a group of boys or girls together for some goofy out-of-water synchronized swimming. Have them wear swim suits, swim caps and goggles. Make up a routine with plenty of exaggerated swimming movements. Have the kids to parade out solemnly to the Olympic fanfare music, then ceremoniously snap their goggles before beginning. The video here gives plenty of simple but hilarious ideas.

Keep it funny, quick and light, because this act is funniest when it doesn't go on and on. Also, don’t let the kids take the routine too seriously or even do too well with the movements. The less professional-looking and synchronized it is, the funnier it will be. As far as music goes, Saint-Saens's “Aquarium” is a slow, classical piece that was written to conjure up underwater images in the minds of listeners. A Souza march would also work. 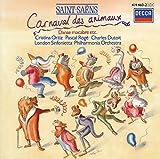 This funny act can be done by two, four, six, eight or even ten kids who work in pairs. Each pair stands behind a table, one child behind the other. The person in back covers himself (or herself) with black sheet or stands behind a curtain, but sticks his arms out to serve as the arms of the person in front. The person in front uses his arms as legs, putting shoes on his hands and placing them on the table. It creates an optical illusion of a very short person standing on the table (make sure there is a long table cover that goes all the way to the floor). Put on a jacket or t-shirt so that it covers the front person’s torso and the back person’s arms. Put a pair of shorts on the front person's arms. I’m probably not describing this very well, but if you watch the video it becomes crystal clear. Put in some fun hip-hop or can-can music, make up some silly dance moves and you have a memorable, very funny act.

I'm a sucker for cheesy jokes, and this one is dang funny. The combination of the magician being so confident and cocky and the trick being so obviously fake makes for great comedy. It's an easy act without many lines or details to remember. Grab a couple of friends to do the act with you, jot down a quick script, rehearse two or three times, and you're ready to go.

The hardest part may be finding the magician's boxes. You can rent them from a magic store, or rig up your own with cardboard boxes and rolling utility carts.

In the video, I love how you can hear laughing coming not just from the crowd, but also from the person who is doing the filming.

There are so many funny talent show ideas that I couldn't fit them all into just one article. Here are some more ideas—also with videos.