Who was Geoffrey Chaucer?

Chaucer was the first major English poet and had a tremendous influence on the development of English literature. Before his time the English language was regarded by the aristocracy as crude and unsuited to fine literature. By consistently writing in the Middle English dialect of London and southeastern England, Chaucer elevated the language to a position of literary importance and prestige. He introduced into English poetry many of the meters and stanza forms that are still used today. Perhaps most important, however, Chaucer was a storyteller of incomparable skill, and he wrote one of the world's most treasured literary works, the Canterbury Tales.

Like all writers, Chaucer was greatly influenced by the established literary conventions of his age. He wrote in traditional poetic forms and borrowed freely from Latin, French, and Italian poets. His enduring greatness lies in the way in which he enriched and transformed the conventional by means of his own unique poetic gifts. One of his most remarkable talents was his ability to create vivid, clearly drawn characters psychological insight and comic genius is the outstanding characteristic of Chaucerian verse.

Almost nothing is known of Chaucer's early life. He was the son of a wealthy London wine merchant, who apparently had some connections in the English court. By 1357, Chaucer was a page to the Countess of Ulster, a member of the royal family. Two years later he was serving with the English army in France, where he was captured and held prisoner. With the personal aid of the English king, Edward III, he was ransomed and returned to England.

By 1366, Chaucer had married Philippa, an attendant of the queen. He was taken into the king's service and for the rest of his life received appointments, pensions, and gifts from King Edward and from Edward's successor, Richard II. During the last 12 years of his life, Chaucer was apparently in strained financial circumstances. His last appointment was to the post of deputy forester. This brought him some financial security, and he leased a house in the gardens of Westminster Abbey. He died there a few months later and was buried in the abbey. 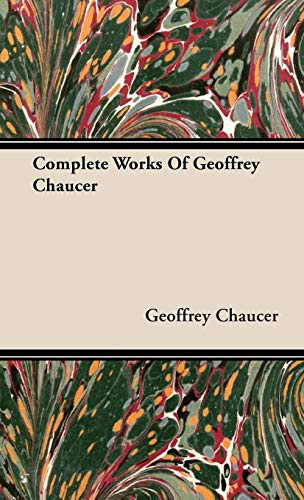 As a young man, Chaucer translated part of the famous medieval French poem the Romance of the Rose. His first long original work, the Book of the Duchess (about 1369), was a graceful elegy on the death of the wife of John of Gaunt, his lifelong friend and sponsor. The poem was strongly influenced by the medieval French poetry then popular in England. It is written in the traditional form of a love vision, or dream allegory, in which the poet represents himself as falling asleep and dreaming the incident related in the main part of the poem. Although conventional in form, the Book of the Duchess is uniquely tender and restrained in tone.

Chaucer's next major works, written after his trips to Italy, show the influence of Italian poetry. The House of Fame (about 1379) and the Parliament of Fowls (about 1382) are also cast in the form of dream allegories. However, they are more realistic than his previous work and are filled with the colloquial wit and lively characterizations that distinguish his best verse.

In Troilus and Criseyde, Chaucer created his best sustained narrative and perhaps his greatest single poem. The story is an adaptation of Boccaccio's 11 Filostrato ("The Man Cast Down by Love"). It concerns the love of Troilus, a Trojan prince, for the beautiful widow Criseyde, and it relates her ultimate unfaithfulness to him. In Chaucer's poem this simple tale is transformed into a subtle and compassionate psychological study of love. The characterization of Criseyde is regarded as one of his most brilliant accomplishments.

Chaucer's last work, the Canterbury Tales (about 1387-1400), is generally considered his masterpiece. It consists of 24 stories supposedly exchanged by pilgrims traveling through the English countryside to the shrine of St. Thomas a Becket at Canterbury. Although the Canterbury Tales was left incomplete at Chaucer's death, it represents his most comprehensive literary work. See also canterbury tales.