Finding good books to read to a child of a particular age can be a challenge. I'm always on the lookout for good books to read to my now 7.5 year old. Some books I tried reading to her were too advanced. Others were too easy for her. When reading to my child, I look for books that challenge her a little in the sense that she has to learn and understand something new. But I don't want books that are so beyond her ability to comprehend that they go way over her head.

This is a list of what we have read so far since she turned 7 that turned out to be a success. They were at the right level for her. They provided some challenge, yet she could still get the overall story. Some of the books are classics. Others are newer books but are very well written.

The Holocaust is not a topic most people would want to fully address with a child this young. This book does a good job of introducing the topic without going into a lot of upsetting details. Number the Stars is set in Nazi occupied Copenhagen. It's about the friendship between a Jewish child Ellen and non-Jewish child Annemarie. Readers will learn all about the privations suffered by families during the war. Ellen's familiy has to be smuggled to Sweden as roundups of Jews are beginning. They do escape, so the story has a happy ending. However, the story does have a very sad part to it. It deals with the deaths of Annemarie's sister and her fiancé who both were resistance fighters. 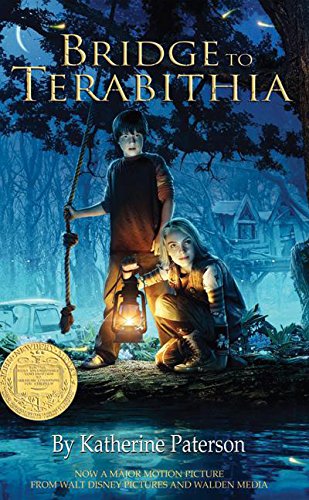 Bridge to Terebithia is about the friendship between a 5th grade boy named Jesse and a new girl named Leslie who moves next door. The story centers around the friendship between Jesse and Leslie. Both kids have a lot of challenges to deal with in their lives. They create an imaginary world called Terebithia, where they rule as king and queen. However, the story takes a tragic turn when Leslie is killed and Jesse has to come to terms with her loss.

My Side of the Mountain

My Side of the Mountain is about a boy who gets tired of living in a cramped apartment in New York City. He runs away to live by himself on an abandoned farm in the Catskills Mountains. This book was written in 1959, so many of today's parents may have read it when they were kids. Many children are fascinated by the idea of being independent and not having anyone telling them what to do. The main character Sam is a brave, outdoorsy type who somehow has all the skills he needs to survive in the mountains.

Where the Red Fern Grows

The two Liberty's Kids books are Justice for All: December 5, 1773-September 5, 1774 and Freedom at Any Price: March 1775-April 19, 1775. These books are a good and exciting introduction to the American Revolution for kids. 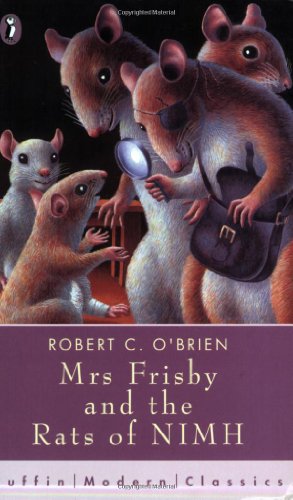 Mrs. Frisby and the Rats of Nimh

This is a wonderful story about a mouse who must save her sick son. He has to be moved to a summer home before the plowing begins but he's too sick to make the journey. If he goes, he will die but if he stays he will be killed by the plow. Mrs. Frisby turns to a group of highly intelligent rats who escaped from a science lab to help her. This story is full of excitement and suspense.

"Mrs. Frisby, a widowed mouse with four small children, is faced with a terrible problem. She must move her family to their summer quarters immediately, or face almost certain death. But her youngest son, Timothy, lies ill with pneumonia and must not be moved. Fortunately, she encounters the rats of NIMH, an extraordinary breed of highly intelligent creatures, who come up with a brilliant solution to her dilemma. And Mrs. Frisby in turn renders them a great service."

George's Secret Key to the Universe

This is actually part of a series of four books written by Stephen and Lucy Hawking. The books have both fiction and nonfiction portions. The nonfiction will be too difficult for many 7 year olds. But most will probably love the fiction story about the adventures of George and his friend Annie. Annie's dad is a scientist who created a computer called Cosmos. Cosmos can open up "doorways" that allow the kids to go anywhere they want in the universe. The other two books are George's Cosmic Treasure Hunt and George and the Big Bang. The books should be read in order. These books are a great way to teach some science in a fun way.

What Katy Did is about a 12 year old girl named Katy Carr. She is a tomboy, who is always getting into trouble. She is also ambitious and hopes to do great things some day. A terrible accident makes her an invalid. Her 4 year recovery gradually teaches her lessons about being good and caring. This book was set in a time when girls were expected to be lady-like. Katy first fights against that but later ends up accepting that role.

While this book is a lot of fun it's also controversial because it embraces traditional gender roles. That aspect of the story may go over the heads of many 7 year olds. However, this could be a good way to introduce the topic of the stifling gender expectations that people had to deal with long ago and how we have changed. My daughter is an avid reader of the American Girl series of books, so she was already well aware of this before we read this book. What Katy Did is available online as a free ebook from gutenberg.org.

The original Jane Eyre by Charlotte Bronte will be too advanced for most 7 year olds but I got an abridged version that was a big hit. Jane Eyre is the story of an orphan who is raised by a mean aunt who later sends her away to a boarding school. When she grows up she becomes a governess and falls in love with her employer Rochester.

Like Jane Eyre, the original will be too much for most 7 year olds but abridged versions are great for this age group. This is another story that deals with the difficulties orphans faced long ago but it's a much happier story than Jane Eyre. Anne of Green Gables is about an orphan named Anne Shirley who goes to live with an elderly brother and sister. Anne is good hearted but her temper always gets her into trouble. This is a very funny story that should be a hit with both boys and girls.

What child won't be enchanted by the story of the mischievous Tom Sawyer. Like Anne Shirley, Tom is a good hearted child who gets into a lot of trouble. I got an abridged illustrated classics version of the book that was a big hit with my 7 year old.