The library stacks can be an overwhelming place for a pre-teen girl, and searching for books online can be just as confusing. Wouldn't it be nice to be able to help your daughter or granddaughter find new historical fiction series to enjoy without having to slog through thousands of options? Check out these series below, and get her excited to learn about how girls lived in other times.

The American Girls series began as a way to sell dolls and other merchandise, but along the way countless girls have fallen in love with the books. There are currently a dozen girls, each representing a different time period in American history. These girls (all nine-going-on-ten years old) have to deal with adversity, but manage to do it gracefully and learn positive lessons about family, friends, and community. Whether your daughter would prefer to join Felicity dancing the minuet and riding horses in colonial times or sell eggs and write for a newspaper during the Depression with Kit, there's an American Girl for her. Don't be scared off by the merchandising machine; you do not need to buy the dolls to appreciate the wonderful stories!

My America and Dear America

The My America and Dear America series are published by Scholastic, long a purveyor of quality fiction for children. These series are also tell the stories of young American girls living through tough times in our nation's history, but they are written in diary format. The My America books are shorter, and are written with third- through fifth-graders in mind, while the Dear America series is intended for sixth- through eight-graders. (Don't worry if you have a precocious reader; while the stories are more emotionally harrowing, the subject matter is still appropriate for children.) Stories are set among historical backgrounds including immigration, epidemic diseases, labor disputes, war, slavery, and westward expansion. The books include historical information and photographs at the end for further reading. Do be aware that although these "diaries" are written in the first person, they are not true accounts of individuals' lives. They are composite characters, which is not made clear in all the books. 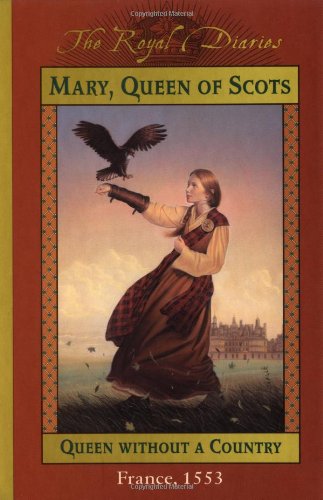 The Royal Diaries is another series by Scholastic, and it uses the same conceit of diaries written by young girls throughout history. However, here the girls are real people, such as Mary, Queen of Scots, and Anastasia Romanov, the Russian princess on the eve of World War I. These "diaries" kill two birds with one stone: they are good historical fiction, and they also fulfill girls' princess fantasies.

Do you remember reading Choose Your Own Adventure books as a kid? That type of book has been redone, and instead of fantasy, the topics are historical events! There are dozens of time periods to choose from, ranging from Ancient Egypt through life as a samurai in Japan to modern American history (including wars, westward expansion, and several waves of immigration).

Don't be turned off by the number of military titles that look designed for boys; many, if not all, of them include at least one female character (out of three options) that the reader can act as. And since the topics are so wide-ranging, your daughter can pick the time period or subject she wants to read about without having to slog through areas she's not interested in. My kids are very into the Revolutionary War, so we started with that title, but we are planning to pick up Colonial America, The Battle of Bunker Hill, and The Boston Massacre to round out our collection.

Little House on the Prairie

Last but definitely not least is that old favorite, Little House on the Prairie. It is still as magically transporting as you remember from when you were a girl, snuggled up on a winter night reading about Pa getting lost in a blizzard, or Laura's high spirits, or Mary going blind. This series is emotionally engaging and semi-autobiographical, so it can function as both a straight history lesson (for younger readers) and a jumping-off point to discuss how one can spin facts and manage one's brand when telling one's own story—very useful for older girls who may be opening Facebook accounts and deciding how to present themselves to the world.