Joseph Kittinger and astronomer William White rode a sky gondola suspended underneath their 85-meter-diameter Mylar balloon at 25,000 meters in the air over New Mexico. They recorded telescopic observations from abovea full 95% of Earth's atmosphere and aided in the development of pressure suits and life support systems during their 13-hour voyage. They were powered by car batteries and the balloon decreased in size as they lowered altitude, finally requiring a parachute landing.

It was the infancy of the Space Program. 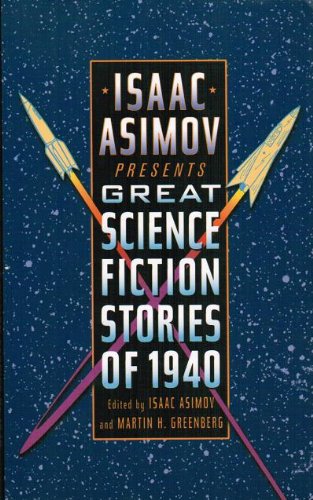 Isaac Asimov Presents Great Science Fiction Stories of 1940
I have read all the stories in this volume many times and plan to read them again. Each one presents a different world of experience.
Buy Now

Science fiction as a genre and as a pastime had just begun in full force in the mid-1930s, fueled by Tarzan on Marsand the stylings of H.G. Wells. 20,000 Leagues Under the Sea was a far past precursor to our own Star Gate Atlantis and before that, Seaquest and Gene Roddenberry's Genesis 2.

And what was that undersea car - Super Car? There were always the Aqua Man comic books as well as Hawk Man - one if by air and one if by sea. And the Green Lantern Corps was only Green Lantern. Super Mouse came by a bit later, with his green fluorescent cheese mimicking the green super substances brought to us by Superman and Green Lantern together. Now there is so much material that ideas are being repeated and stories watered down - 100 pages expanded to larger print to fill 250 pages at a paperback $9.00 price. It used to be a dime novel to the starry eyed youth that purchased the first sci-fi graphic novels and comics way back then...

A divine story is "Postpaid to Paradise" by Robert Arthur. It's about some old postage stamps that turn out not to need a mailman. Of two best friends, only one uses them for a "vacation."

I am glad to have discovered Ross Rocklynne's "Into the Darkness." This story follows the birth and development of a little universe and his desire to go beyond the rim and discover the origins of creation. This was quite an innovation in 1934 when it was first written, and far ahead of it's time. No author would match it's style of concept until the 1960s. Think 2001 - A Space Odessy, only better.

"The Impossible Highway" by Oscar J. Friend is a perfect Twilight Zone episode, although I don't think it ever was considered for the series.

"Farewell to the Master" is the story which spawned The Day the Earth Stood Still, my favorite old Sci Fi film. Arthur Harry Bates intended a different ending that the film offered...

This is altogether quite an engaging time machine of a book. I travel in it often. 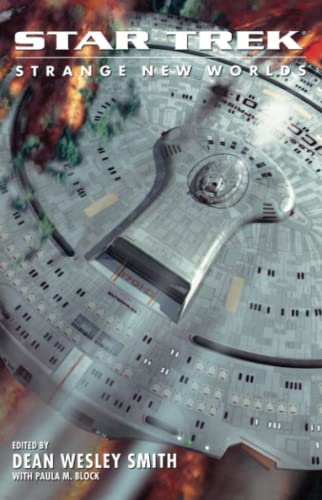 The 14 stories they or their estates and agents permitted to be included in this collection are far and away richer and more innovative than some of the Sci-Fi stories being published today.

Many of the graphic novels of a Sci-Fi and Fantasy nature are more up to par and deserve a wider readership than they currently enjoy and I hope this readership increases. We also have another whole realm of Fan Fiction that shows the same sort of promise as did these foundation authors of science fiction in the early 20th century.

Speaking of foundations, Isaac Asimov included his short story "Strange Playfellow" in this collection, hinting at I Robot and Foundation sequels, but more importantly, at Bicentennial Man. Fanzines are available through clubs and on the internet and I own several of them, many of them being pretty good.

Another department of Fan Fiction is the yearly Strange New Worlds Contest sponsored by Paramount and Simon & Schuster, calling out Star Trek © related fiction based on any of the five TV series, the hundreds of novels, or the movies. They look for quirky connections among and between characters and for stories that pick up on hints of continuing interactions or impact upon the future of events already in the Star Trek © TV/movie canon and the novels. Unfortunately, after 2007, there will be no more volumes in the series, because fans produced too many stories. Number 10 is the last one. They may become collectors items and with the film Star Trek XI in production, you can bet on more Fanzines coming out.

Sci Fi - The Museum of the Possible

I like going back to the beginning of science fiction, as much as I enjoy going to Wright Patterson Air Force Base and viewing the beginnings of space travel - the space gondola Stargazer. This was one of the manned gondolas shot up into the stratosphere and dropped from a rocket, afterwards powered by car batteries and finally descending to mother terra via a parachute. The hatchway was open and had no door, so the early astronauts could reach out and touch outer space - or the face of God, according to one 19 year old war pilot poet - in the 1940s - 50s. My own experience:

Star Gazer - Me and My Gondola Friend

I stand agape at the aluminum film covered capsule

With the red lettering

In the quiet hallway of the museum that attracts few visitors,

Down the way from a wind-up shaver used by Mercury astronauts,

Heavens forbid that they need fight a moon demon...

Or escape a burning capsule on the ground.

As the lights reflect from the silver surface of Stargazer,

I can feel cold breezes of the upper atmosphere as

I ride with the passenger-explorers of another century.

I am in no hurry,

Because the future is already done, but now I can touch the Universe and the Future,

And I have neglected time.

Oh! I have slipped the surly bonds of Earth

And danced the skies on laughter-silvered wings;

of sun-split clouds,— and done a hundred things

You have not dreamed of—wheeled and soared and swung

High in the sunlit silence.

Hov’ring there, I’ve chased the shouting wind along, and flung

My eager craft through footless halls of air....

Up, up the long, delirious, burning blue

And, while with silent lifting mind I’ve trod

The high untrespassed sanctity of space,

Put out my hand, and touched the face of God.

Golden Age Influence On The Future

Question: Who will play Uhuru and Sulu?