Tom Dooley - Hang Down Your Head and Cry

The author is from this part of the country with a great understanding of the southern people and their loving and special ways.

Tom spent nights with his girlfriend and her husband. Mysterious indeed.

Trying to figure out the ballad of Tom Dooley (Tom Dula) I found a book by John Foster West. He was a distant cousin of the girl killed in the Tom Dooley mystery, Laura Foster.

She was said by many to be very beautiful. Tom, too, was dark and handsome with curly hair. This took place in 1866 so that is pretty distant but has been gathering information from all sources with the stories beyond numerous and different, proposes many hypotheses.

Months, years and people, all vary from tale to tale. There is an argument even about Tom Dula’s (his real name) age even by this author (West) and it shows different dates on the boy’s more than one tombstone. I would be sure his mother would have the age set right, surely. She had three sons and they all fought in the Civil War and Tom from the 42nd regiment was the only one to come home alive. I believe there was one sister.

Laura Foster, Tom's girlfriend had a married cousin, Ann Melton, that Tom has been 'messing with' since he was about fifteen. It was said to have been told by Ann’s mother that the hanky panky took place in the house Ann lived in with her husband, while he slept. This author says there was reported to have been three beds in one room and Ann's husband did not sleep with her. He was an older farmer and probably for a financial reason she married him but the marriage didn't stop Ann.

Strange though it is told Tom went there and got in the bed with Ann's husband and then he would get in Ann's bed. Maybe even the husband knew what was going on but why would Tom ever get in his bed? Why did he not sleep in the third bed? It is one crazy story, I can tell you that much.

It seems Tom felt something special for Ann and it suggests she is around his age but I have a feeling she was older and showed him the sexual ropes pretty young and although he had many women and the lot of them had venereal diseases, I think Ann was his all the time lover. (Perhaps like Prince Charles's Camilla? Makes as much sense.)

A Stranger Among Them - Did a Complete Stranger Get Tom Dula Hung?

Having never done research on folklore before myself I am sure this is the first time this distant cousin, author, has either. This was fifty plus years ago with all he had until this time was stories handed down through the family. Now he has records he is pouring over and stories from a dozen or more ways. He is trying to find what would be most believable with facts.

I must say that although this was not the only book this man wrote I cannot brag as much on his gift of suspicion as I would my own. Maybe he was just too much of a trusting man and although he took everyone’s tale into account there was more than once I had to wonder why he didn’t wonder why.

There was a sheriff Jim Grayson and surely that was on record somewhere and that could be believed but there was a Yankee some said was a teacher that had fallen hard for Laura, yet she rejected him. Some said his name was Bob Cummings yet in other tales he is Jim Grayson and according to this author, there were no schools in this area before the Civil War or for many years afterward. So why would someone say he was a teacher, he questions? Because there were no schools does not mean that a Yankee come south could not be a teacher? This man though without argument, whatever his name, has caused the suspicion, capture, and killing of Tom Dula. That much is agreed upon.

They would not have suspected or went after Tom I believe if not for this man, a stranger really, and someone in the story says that is indeed true. He nailed Tom as the murderer leaving no doubt in anyone’s mind. It was even said he found the grave, among many other tales but it was said seventy-five men went searching once Laura came up missing. Why was he never suspected?

More Than One Man Left After Laura's Death

Laura was pregnant (also with the disease Tom has brought her it is said) and she had packed up her clothes and took her daddy's horse to go meet Tom to elope and she comes up missing.

At least two men ran away in addition to Tom and a third or fourth one was mentioned. One had an alibi and nothing is said of the others. Tom was working in another place, is that hiding? Maybe he doesn’t want to be around this town anymore and others ran too. Why? She was gone many weeks before she was found and it was said at a gathering Ann and a cousin Pauline got into an argument and Pauline (who they sometimes called Perline apparently) threatened to tell what she knew on Ann and with one thing leading to another it is found out that Pauline has gone with Ann and waited while Ann went further to visit Laura’s grave. Ann has told her that Tom killed and buried her. Laura was buried folded up with her head between her knees in a very short small grave. Sounds more like the work of a woman, no? Why was she checking the grave? Probably she could not be running around with a shovel so is she adding whatever to keep the barely buried body covered? Laura was stabbed in the left breast in one account, she was stabbed many times in another.

When Tom Was Hung

Asked if he had any last words to say, Tom held his right hand and replied, "Gentlemen, do you see this hand? Do you see it tremble? Do you see it shake? I never hurt a hair on the girl's head".

The trap door was dropped.

My real thoughts on it are since we are told Laura is eloping with Tom; is to question why he chose this time to murder her, they are sneaking off and she has a wad of clothing and her father’s horse.

Ann goes wild I think and maybe she enlists the help of this Yankee that Laura rejected to waylay Laura. One or both kill her but the Yankee wants Tom to pay so even if he wouldn’t kill Laura he may help cover and make all look like Tom’s doing.

These people as a whole just do not sound like Sunday go to meeting people, you know? Since Ann has been Tom’s lover since he was a child, she could probably persuade him to cover for her, protect her from death. I think he would do that and I think if he killed Laura he would have said so. He said he did not and I believe him.

Tom wanted to make sure Ann was not accused but he denied killing Laura. He was hung at Statesville, North Carolina at the gallows taking over ten minutes dying since his neck did not break. Ann died about ten years later from complications of her disease.

Tom Dooley, the first song I ever picked out on a guitar so many years ago and I never once considered Tom’s story. It was only words to me and a song you learned to play picking the guitar. Who didn’t play Tom Dooley? I probably thought more of it as a nursery rhyme. It didn’t matter he was bound to die, it wasn’t real. How could it be real? That never entered my mind.

It was said by two people that on the way to the gallows Tom told the Sheriff he had such a nice clean rope, he orts to have washed his neck. It is also claimed Tom wrote his own ballad. This is one story with too many unanswered questions we will never know the answers to and it won’t matter in the hereafter. What’s done is done.

I believe this was in the general area that the Boone's lived about a century or more before. Do all their ghosts remain there? Does Tom still haunt those grounds on the Yadkin River which so many claims to have such beauty but what I have seen of it ever is so thick and sickening looking with red mud clay…or is it the look of blood… of murder never truly solved?

Where This Took Place 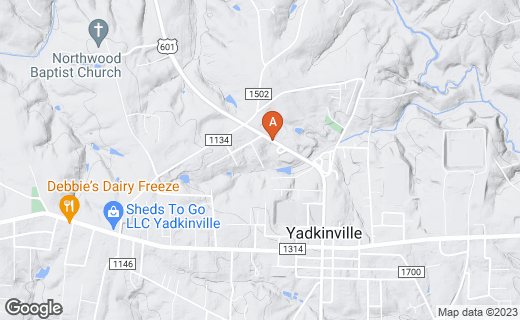 The Ballad of Tom Dula by John Foster West