Heart of Darkness by Joseph Conrad

This 1902 book is a triad of very dark journeys told together by Joseph Conrad to focus on the concept of absolute right and wrong versus situational ethics. This includes behaviors in one's own society and in those of other nationalities and countries.

The book and its three journeys are very interesting overall and provide compelling situations that call for moral decision making that is often difficult.

The book asks the question of just what is truth and does it change with a changing setting?

Based on his personal experiences as a merchant ship commander in the 1890s Congo, Joseph Conrad's Heart of Darkness is a symbolic story of dark journeys taken through Africa, the mind and the heart (spirit). The physical, psychological, and spiritual journeys of protagonist Marlow, the narrator, occur in the context of greedy colonialism imposed by England over Africa in the late 19th century.

The story's motif of darkness ties together journeys that also represent the author's own journeys and related ideas.

In this story, darkness describes the tragic results of brutality in England's capitalistic conquest of Africa. In illustrating Europe's plunder of African peoples and resources, Marlow's (Conrad's) three-pronged journey becomes a parable of man's fallibility, illusions, and confusion.

Africa, England, and Brussels are all described as dark and oppressive; with darkness representing the inability to see clearly within the human condition, because the mind (psychology) and heart (spirit) are blinded by greed. The darkness is prejudice that fails to see other cultures as human - leading to abuse, murder, and slavery; cavalier foreign relations; and the loss of the prejudiced person's own humanity, spiritually.

Marlow presents Conrad's ideas that the author once witnessed firsthand. These included that English imperialism was oppressive, depressing, and wrong.

In Marlow's physical journey along the Congo into the center of Africa, mirroring Conrad's sailing trips, he comes to feel that imperialism toward people labeled "savage" is wrong, because the natives are actual people, not wild animals. The physical journey is a trip away from England and imperialistic values, sailing along the Congo River to Central Station in the center (heart) of Africa.

The psychological journey is one from strong prejudice to accepting other peoples and beliefs, which is a journey from conservative thinking toward the left to more centrist thinking.

Marlow's confusion between belief systems in England and Africa resulted in a mental change to accept other customs as legitimate in settings other than England. This confusion caused his values to blur and his understanding of reality to become shaky -- Was England real, or was Africa, or was it all illusion?

Marlow's confusion resulted in a journey from his imperialism and capitalism to his rejection of some of his own values, especially honesty, losing part of his heart and identity. Spiritually, Marlow journeyed from strong beliefs to changeable beliefs. 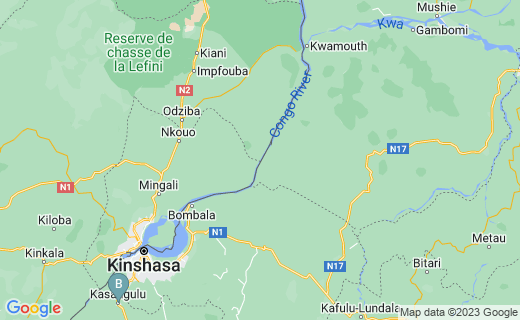 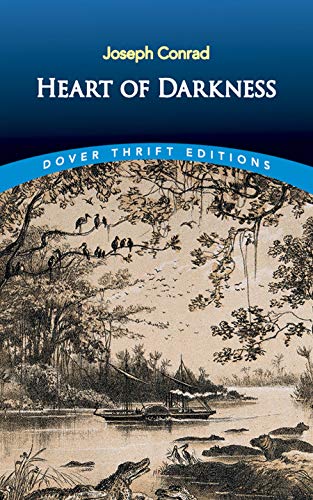 Heart of Darkness describes depression, oppression, obsession, and confusion converging toward psychological madness. It is a journey to the heart of the darkest self-service aroused by the need to survive in the face of the threat from foreign cultures.

Marlow sails away from English values for his employer, in order to report back news of Station Chief Kurtz, the most successful company man. Marlow, becoming obsessed with Kurtz's success, meets African natives and is nonplussed by their cultural differences from him. Imperialistic, he at first rejects the natives as savage. His basic honesty is overwhelmed by false stereotypes that justify whites usurping native labor and ivory for English profit; and he overwhelmed by discovering Kurtz's business manipulations.

Mid-way into his physical trip, Marlow begins to wish to adopt the simpler lifestyle and slower pace he observes among the native population. This because reality now seems much better in Africa, since he has been away from England for an extended period of time. Meeting Kurtz's African fiancée, Marlow is simply inspired by her. Having been obsessed with Kurtz's success up to this point, Marlow soon discovers that Kurtz no longer possessed Western values, and also had not accepted Congolese values, either.

When Marlow finds Kurtz dying, he is so overcome with respect for Kurtz's will to survive in a strange land that he canonizes Kurtz in his mind a success. This he does despite the lying and murdering Kurtz has done. Kurtz had regressed to basic survival behaviors in Africa, exploiting the locals and lying in order to succeed. Under the awe he feels for Kurtz's skills, Marlow, once an honest man, now justifies all of the exploitation and crime and states that it was only Kurtz doing what was necessary in the situation. To him, Kurtz is a hero.

Next, Marlow lies to the fiancée about Kurtz's last words, because it is "situationally" correct to do so. This shows Marlow accepting situational ethics as valid in order to cover the fact that he cannot reconcile his own honesty with his hero's dishonesty.

People of the Congo

After this, Marlow loses himself spirituality by drifting away from honesty, no longer taking an absolute stand for anything. He feels any action can be accepted as right and good, given the appropriate situation. He thereby reduces himself to an ethical zero by standing for nothing absolutely, but standing for everything in the right setting. In this change, he journeys from spiritual strength into spiritual emptiness.

Marlow travels physically to the heart of Africa; he journeys psychologically by changing his mental orientation to accept both African native values and Kurtz's evil as acceptable; and he journeys spiritually via a changing sense of reality and values, based upon situational ethics, from inner strength to spiritual bankruptcy. His three journeys reveal him not to be as capitalistic, honest, and spiritually robust as he and others had believed him to be.

The three journeys cause readers to consider whether situational ethics are acceptable, or just the "easy way out"; and whether an individual should remain the same person with consistent behaviors no matter what situation or group he finds himself to be in, or whether he should change with the setting and the crowd.

Psychiatry and psychology have termed this constant changing a "personality disorder" and state that the condition is predominant in the normal adolescent development occurring before adulthood.

Perhaps situational ethics is an immature developmental stage of society