A Trek Through Mythic West Africa

The Palm-Wine Drinkard is an excellent example of the heroic journey informed by traditional African story-telling and folktales.

A seeming accident draws the protagonist into a world of adventure when the surprising death of the tapster affects the hero. He thinks that people must go someplace when they die, and “I said that I would find out where my palm-wine tapster who had died” (Tutuola 193). The protagonist states this matter-of-factly, and sets out on the journey with hardly any other thought.

A normal component of the journey is for the hero to have a guide. This role is fulfilled by the wife of the protagonist. At times, she is more knowledgeable than him and tries to share her wisdom such as when they first enter Red-Town. Additionally, the protagonist’s wife is his partner in action by helping him carry palm-wine, earning money by using him as a canoe, and traveling with him on nearly every occasion after he rescues her from the Skull’s Family’s House.

Once the heroic journey starts, the protagonist moves over a threshold to adventure. For the Palm-Wine Drinkard, this event occurs when he pays a visit to Death’s house. Here, the hero traps and binds Death, an activity which gives the reader permission to believe the story is taking place in a strange and magical world.

The drinkard’s tasks become increasingly difficult and bizarre. After getting help from Drum, Dance and Song to overcome his monstrous and greedy child “ZURRJIR,” he and his wife end up in Unreturnable-Heaven’s Town where, among other things they are beaten, have their heads shaved with rocks and broken glass, and are buried alive in a football field. They survive through various magic and miraculous means only to find Reds’ Town and so forth. Such adventures give structure to the book as a series of contests and display the hero’s skill and cunning. These episodes also show his character as he grows more responsible an aware of his place in society, but not in a particularly linear fashion.

A symbolic death and return occurs when the hero and his wife sell their deaths in the White Tree. This kind of death sets the stage for a miraculous rebirth and awakening into a new life. From this point on, the protagonist acts in even more heroic ways and has the strength to continue his journey because he has been given a guarantee on his life. Symbolically, the drinkard has overcome his concerns about mortality before he reenters the world on his quest.

In the archetypal journey, the hero wins a boon by succeeding with his quest. This heavenly gift has regenerative power for the hero and the rest of the world when he returns from his quest. In the instance of the Palm-Wine Drinkard, the great gift is an egg which would grant desires. This is a mighty gift that the protagonist wisely uses the combat the famine in his home, but the greed of the community eventually damages the magic egg.

When the drinkard repairs the egg, he uses it to punish the people for their destructiveness and gluttony. The egg may not be the archetypal elixir, but the hero’s own growth as a person to act with charity or justice as the situation demands is the real boon his quest has obtained for him.

Tutuola’s story is understandable to many people because it employs an archetypal story of the heroic quest and uses many universal images. At the same time, the voice and setting of The Palm-Wine Drinkard remains distinctly African. 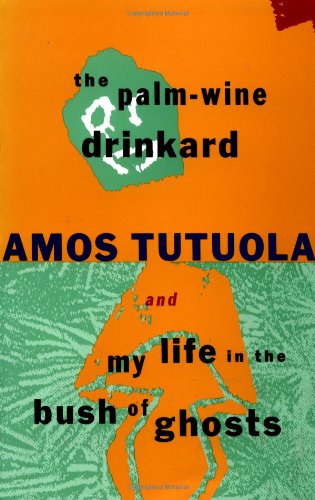