Joey is an undergrad at the University of Alabama studying History and Economics. He has many interests including the History of Literature.

In 1841 Edgar Allan Poe published The Murders in the Rue Morgue. Since then thousands of authors have copied Poe's template to write detective and mystery stories. The world of mystery would never be the same since Poe created the first-ever written modern detective, C. Agustine Dupin.

Although Poe is the first writer to publish a modern detective story, many may question if he truly inspired or affected the writings of Sir Author Conan Doyle and Agatha Christie. Well, I can prove that Poe is the influencer in these writings based on three key characteristics and tropes that Poe invents throughout his Dupin series.

These three tropes are things that Poe all established in his series of short stories, and are now mainstays of modern detective mystery.

1. The Detective is not the Story's Writer

Most people know that Sherlock Holmes is not the "writer" of his own stories. His companion Doctor John Watson in the writer and we observe everything from his point of view.

The reason that Author Conan Doyle did this is in fact because his favorite author, Edgar Allan Poe did it first. Poe establishes his detective, Dupin, with an unnamed sidekick. The reason that Poe wanted Dupin to have a sidekick is that he knew that having a genius explain everything would be hectic and ruin the entire story. So he needed to create someone who was dumber than the detective, so the reader wouldn't be alienated, but smart enough that it seemed realistic that a genius would enjoy their company.

Although Doyle perfected this trope with the tandem of Sherlock and Watson, Poe invented it and showed the world how to create a great, yet relatable detective story.

2. The Detective always explains everything

The classic trope from all modern detective stories, in the last moments, after the crime is solved and everyone is brought to justice, the genius detective carefully explains how he, with is intuition, solved the mystery.

It is in every single Sherlock Holmes film and in all the mystery novels that everyone has ever read, and Poe is the first one to do it.

At the very end of all 3 of these short stories Dupin, dryly and bluntly, states what actually happened, and how he figured it out. He goes into excruciating detail on how he came to solve this case and what the police missed. To many readers, the surprise of the solution was enough of a distraction from the poor delivery, but nevertheless, Poe was the first to do it and every writer has been doing it since.

3. The Cops are Smart, but not too Smart

If the cops were smart in detective stories, the genius private detectives would not need to exist to solve the crimes, but if all the cops were stumbling buffoons, they would not be cops in the first place, ruining the immersion and believability of the story.

Doyle solved this problem with the Inspector Lestrade, the capable but certainly non-genius police presence in the Sherlock Holmes universe. Doyle based his Lestrade on Poe's Monsieur G. Poe showed G's smarts by giving him intriguing, clever, and ingenious ways to attempt to solve the crime, but Poe would always make G ignore or forget one important fact or clue in the case, which would inevitably lead to solving the case.

Doyle and Christie followed this outline that Poe and Monsieur G laid out in almost all of their stories to add a sense of realism and to show off show ingenious their detectives truly were, just as Poe did years prior. Without Poe leading the way as an example, others, like Doyle, would not have been able to write their stories of mystery with such relatability and intrigue. 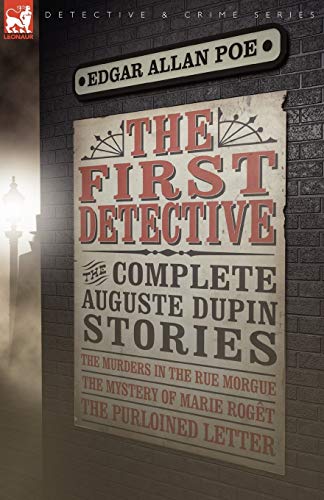 Many people give credit to Poe for his visionary works as a horror and suspense writer, but he does not get enough credit for creating one of the best selling genres in the world today. Without Poe and his detective Dupin there would be no Sherlock Holmes and no Tommy and Tuppence. Poe inspired all of these writers, and in turn, inspired every author that has ever thought up a mystery.