How to Be Like Wanda from "The Host" Novel

Please be aware that further on in the reading there are some spoilers.

"The Host" by Stephanie Meyer

Almost everyone knows Stephanie Meyer from her infamous Twilight series. Inspired by a dream, she wrote her novels that would later sell millions of copies and explode onto the silver screen amidst teen screams and googly-eyed mothers. Three years after Twilight was released, Meyer published The Host, another romance novel targeted toward a more adult audience.

The Host had a quieter coming and an smaller following than its Twilight predecessor. In fact, most people are unaware that Meyer has written anything besides her vampire teen romance. The Host is a scientific romance featuring aliens that are known as "Souls." The Souls take over Earth by inhabiting the bodies of humans one by one.

Although the Souls have taken over most of the world's inhabitants, there are still some survivors, including Melanie Stryder. Melanie, eventually referred to as just Mel, is overtaken while on a raid and Wanderer is inserted into her body by the Seeker in order to obtain information about the survivors. It was supposed to be easy, since the host usually disappears almost completely once the Soul is inserted, however, Mel is a little different.

Little does anyone realize that, unlike most of the victims of this parasitic race, Mel is a fighter and is not about to be erased once Wanderer is inserted into her body. 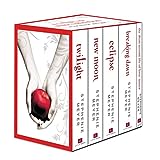 Who is Wanda From "The Host?"

As Mel becomes ever more outspoken about her continued presence in her Soul-infested body, Wanderer comes to know her and her memories, including those about Mel's family and love life. Rather than report this to the Seeker, Wanderer goes out to find the people Mel loves and nearly dies before Mel's uncle, Jeb, finds her.

The only thing that keeps Wanderer alive at this point is the fact that she is housed within a family member's body. The refugees she is surrounded with have a hatred for the Souls because of the loved ones that have been erased because of them. However, after dealing with much antagonism, Wanderer is eventually welcomed as she proves herself and is nicknamed "Wanda."

Although some humans still dislike her, Wanda is able to find relationships amongst others and even fall in love. Mel's love for Jared draws Wanda to him but Wanda's own love for Ian causes her confusion. In this new life with friendship and romance, only one thing stands in the way of Wanda's true happiness (other than Mel's bossy and sometimes annoying voice in her head), which is her discovery that the humans have been trying to learn how to detach Souls themselves, killing Souls and humans in the process.

Eventually, Wanda reveals how to extract the Soul from the human host without harming either party once chaos and death hit the refugees's stronghold. The deal is that she will teach it to Doc, only if they remove her body and bury her next to two humans that passed that she was close to. However, when she is removed, her wishes are not met. Instead, she is put into a body whose host did not come back after the Soul was removed and is able to live with the humans. Mel awakes and her relationship with Jared blossoms while Wanda and Ian begin a relationship of their own.

Would you want to be like Wanda from "The Host?"

Wanda has lived on eight different planets and never been able to settle on one that she truly liked. In order to be like Wanda, you may have to be a wanderer yourself, until you find a place that you feel that you truly fit in. This means exploring the unknown and taking risks to meet new people and try out new things before you find where you really feel you belong.

During her relationship to Melanie Stryder while she is attached to her body, Wanda develops a deep sympathy toward humans. In order to be like her, you'd have to be sympathetic and understanding toward others around you and willing to sacrifice anything in order to protect them. Furthermore, this understanding enabled her to realize the human's rights that she hadn't acknowledged before. Recognizing other's rights and respecting them, therefore, is also key to being like Wanda.

As was mentioned above, Wanda was a wanderer before settling on Earth. Part of this is because she couldn't seem to find a place to settle in but another part is because she loves being a storyteller. Gather your own stories and spread them via written or oral form and you can be almost just like Wanda. Don't be afraid of an audience and always remember to be sympathetic toward other's feelings.

Finally, another major attribute of Wanda's is that she is non-violent. When she lived with the Souls she was Wanderer and a storyteller because of her love for exploration and stories. She finds violence uncomfortable and avoids it as much as possible. If you want to be like Wanda, avoid physical confrontations.

Now you know all about Stephenie Meyer, The Host, and how to be like Wanda. Although she is not human, Wanda is a great character to emulate because of her kind and peaceful nature, alongside a drive to explore and discover new things.