How to Motivate Yourself to Write

In the past I’ve written a guide for crushing writer’s block, but sometimes the problem you’re having isn’t a lack of ideas or projects to write, but rather, the hard part is going from the couch to the computer (or where ever you write). This is especially a problem when trying to write a novel because it is easy to get sick of your story and want to take a break. While breaks are healthy and will ultimately help your story, at some point you’re going to have to get back to work, or maybe you don’t have the luxury of taking a break so you need to get motivated fast. Below you’ll find a number of techniques I have used to reinforce interest in my writing with the hope that you may also find motivation in yours. 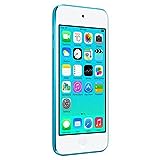 For the most part, movies, television and music are distractions from your writing. So in order for music to be beneficial, there are a few steps you’ll need to take. First, do not do anything else while you are listening to this music. If you listen to this music while you’re doing the dishes or playing a video game, you’re so far away from your writing that it isn’t going to help at all. The only thing you should be doing is listening to the music. I used to do it on long car rides (I was not the driver), but anywhere that you can sit without distractions and listen to music will work. The second step to take is your music selection. You might have an MP3 player filled with music, but not every song on there is going to help you. Go through your library and figure out which songs could apply to your writing. So, for example, my story is an epic fantasy so Celtic music and instrumental music could work as well as sound tracks from fantasy movies. However you aren’t limited by genre. While those might be traditionally associated with fantasy, if a rock and roll song sings about anger or overcoming something (the same way your character is angry or overcoming something) then it still applies. That leads me to the third step, which is to select music you actually like. I suppose this step should have been emphasized first, but the idea is that you want the songs to adhere to the story, not the story adhere to the songs. If you don’t like Celtic music and you’re writing fantasy, it isn’t going to work if you force yourself to listen to music you hate. With all the songs we listen to, I’m sure you can find some you already like that apply to your writing.

Once you’ve arranged your playlist and found a quiet corner to listen to it, think only about your writing. Try to picture your story as if it was a movie trailer and the song you’re listening to is the soundtrack. Picture the moments that really make you pumped up. Maybe you’re picturing the climax to a really fast song, then the love scenes to a slow tender song. This technique helps you to visualize important plot points, characters and settings which will, in turn, help you to remember why you love your story and maybe where you can go with it next.

Like with music, you want to be careful not to distract yourself. Unlike with the music, however, the movie or show doesn’t necessarily have to be one you’ve seen before, or even liked. The idea here is to immerse yourself in similar subject matter and atmosphere. I’ll give you an example. I write a series of stories that are only intended for me; I have no intention of publishing them. It’s a fantasy series with a female lead. Every time I see an episode of Xena: Warrior Princess, it makes me want to write more of my story. The two stories aren’t particularly similar, but because Xena is a female lead in a fantasy setting, it instantly brings me back to that story. So then, if Xena does something I like, I consider how something similar could happen to my character. Or, if she does something I don’t like, I think about how I, as a writer, could improve where the writer’s of that show fell short (in my eyes at least). This method is more for the visual aspect of a story, where as the music was for the audio, and that is why it doesn’t necessarily matter if the movie is bad. A movie could look beautiful but suck at a story. You just want to pilfer it for any inspiration you can find. To some extent this might work with a video game, but in my experience it only happens with games I played a long time ago and am then reminiscing about. Because if I’m playing a game right then and there, it demands too much of my attention to inspire any writing.

Whether you have writer’s block, or motivation problems, reading a book is the single best thing you can do for yourself. Not only does it give you the story, atmosphere and characters that could motivate you, but it also reinforces word usage, grammar and description which will all help you push those words across the page. I personally benefit most when I’m reading a book that I really like. Interest in someone else’s story transfers to a renewed interest in my own story. Having said that, people have told me in the past that they benefit from reading novels they don’t like in an attempt to learn what not to do. While I agree it is beneficial to read stinkers, I don’t personally find that it helps very much with motivation. If I lose interest in reading a book, I tend to lose interest in writing them. For you it might be different and I encourage you to try both to see which works best.

Break your story out if the written page

This method can be a lot of fun because it involves your other hobbies, and it can also be something beneficial you do while taking a break from writing. Essentially you want to take your story from being flat, black and white words, to something tangible you can see or hold. A lot of authors like to draw characters and objects from their stories; others might make fantasy cast lists of celebrities who could play each role. For me I love to design book covers for my stories with a combination of stock photos and original works of art created in photoshop. But there are still plenty of options for you if you’re not artistically inclined. The fantasy cast list is one example, but say you like to knit. Why not knit a famous item in the story? If you’ve got money to burn, you could find a specialty store and purchase things that look like stuff from your story. Maybe you could adapt part of your story into a script and have your family act it out. You want to break your story out of its four walled prison and really give it legs. Allow yourself to visualize it in the real world and it will give you a brand new perspective from which to draw motivation and details.

Other than writing a script, there are other writing projects you could do to stay motivated as well. You could write a summary which would force you to think of your story as a whole and identify important points and hooks that will get the reader interested. Or you could write a short story that takes place in the same universe with side characters or brand new characters. This short story could deepen your back story for the main novel and give characters new motivations and histories.

Developing the Qualities of Success (How to Stay Motivated)
Buy Now

I’ve known a lot of writers who, when presenting their story for critiquing, make excuses for things they think are wrong with the piece, going as far as telling the reader that it sucks, or ‘isn’t very good’, before the reader has even laid eyes on it. This is a poisonous mindset to have, especially if you are having trouble staying motivated. All of these suggestions focus on getting the story in your mind with positive reinforcement. You want your writing to be the “cool” thing to do on a Saturday afternoon. The key to motivation is to become a fan of your story, and see it as something you love rather than an obligation.