How to Petition to Going to get him off the Air Cancel All Dr. Phil's Show! Should is to be Cancelled!

Disclaimer on comments regarding Dr. Phil

That is the case for me -- right now anyway. So if you do not want to read what may appear to be negative bashing of a "celebrity" or a so called "celebrity doctor", then please stop reading after this paragraph.

However, if you want to know how I really feel about the show, then read on. This article is of course, my personal opinions, and as a warning to you, what I say may sound very mean spirited and condescending -- but these words are strictly my own and I'm expressing my own opinion. I apologize in advance if some of my words may offend you in some way, but remember -- it's only a television show!

The last time I checked, television should be either entertaining, informative, inspiring, or of some enjoyment and benefit to the viewer. If this is true, then why is Dr. Phil's show on the air and why has it been on the air for so long?

Here is my take on first of all, why this show should be cancelled and then how to effect the cancellation.

What if you are like me and cannot stand to either look at him for more than 1/2 a second, or less, or to listen to such an annoying voice, less that 1/2 a second less!

I will confess, when his show first came on, I watched it for a short time, especially after it was spun from Oprah's show. Oprah likes him, so he must be ok to watch.... Right? Wrong!

After watching him verbally demean many of his guests, who were probably doing him a favor by appearing on his show in the first place, I stopped watching his show completely. My time is too valuable to waste it watching a show, hosted by someone I dislike immensely.

Dr. Phil has the man with the golden voice on his show for ratings

To be clear, I am not in the habit of watching Dr. Phil's show. No, not by any means -- no way! This topic is a lead in to when I renigged, and watched his show a while back mainly due to the appearance of the man with the golden voice on his show.

There was a lot of talk and publicity about the homeless man who had millions of views on Youtube and was said to have "a golden voice." Well, when I was channel surfing during that time, I came across him being interviewed on the Dr. Phil show.

Sadly, I watched this show as Dr. Phil attempted to raise his show's ratings by having the man with the golden voice on as a guest. While watching the show, I got up and made numerous walks away from the television, not only during the commercials, but when Dr. Phil started taking over the conversation and giving his "know it all" speech to the poor man. I could barely stand to listen to him via the television. I wonder what pain and agony the guest endured in looking and listening to this "holier than thou" television host in person.

Buy Dr. Phil's Books So He Can Stop Being on Television! Please -- I Beg You! 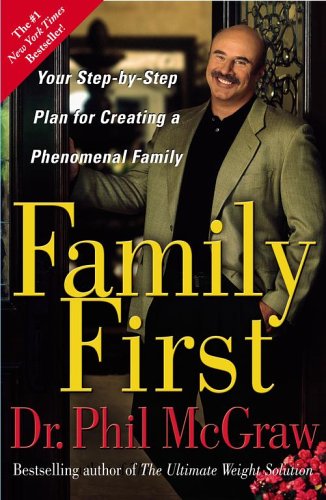 Mind you. I was only watching tid bits of the show, because even though the guest was interesting to me, the fact was that I still had to watch and listen to Dr. Phil -- much to my dislike.

The last show I saw was when the man with the golden voice was sent to rehab-- and of course, stopped going to rehab a short time later.

Whew! I was glad that story was over. I did not have to subject myself to half-listen to the sound of Dr. Phil's voice, or see his face!

I never watched his show after that. I could not endure the agony and the pain.

How to Petition to cancel Dr. Phil's Show

Unfortunately, television is a business. Revenue is partly gained by money from advertisers. Advertisers go to certain shows because they are betting they will get to the viewers, who will maybe in turn buy the products their customers are trying to sell.

Apparently, people are still watching his show, because it is still earning advertising money. So how does one get around this? Here's how.

If you stop watching the show like I did, the ratings will go down, advertisers will go somewhere else, and the show will be eventually cancelled! Easy... right!

The problem is onesies and twosies do not result in a show being cancelled. People have to stop watching the show in groves. To help this along, I will tell you why you should stop watching the Dr. Phil show: Spread the word!

1. His show is not entertaining or informative, especially when he barks his common-sense advice that non-doctors could provide!

2. He ends his show by walking out to the audience and taking the hand of his equally sight-offensive wife and walk off the show. Maybe one day, they will both walk off the show and not return to television the next day. I can only hope!

3. His teenie-weenie cross-eyes that perfectly matches his boring monotone voice. How can anyone look at him for more than a second, and not want to look away. Uhhhhh....

4. Did you know he had the nerve to write a diet book, when to me he has one of the paunchiest bellies I have ever seen. To me, Dr. Phil writing a diet book is quite hypocritical. The nerve!

5. When he shows anger, and if you blink fast, it looks like horns sprouts from the sides of his formidable head. He fusses and argues with some guests like he is their parents! Why do they sit there and be publicly humiliated on television. Maybe the guests are coaxed and rehearsed by the producers before the show airs. Another question -- why do people go on the show at all?

This is my message to Dr. Phil's guests: Seek professional help on your own, not by a television doctor who probably has television ratings at the top of his concern list -- instead of your own well being.

There are more reasons, but I think I've said enough.

I would like to end with a personal note to Dr. Phil.

Dr. Phil -- Even though you continue to be on television, one day your show will be cancelled. I will be only one of the many thousands who will be happy when that day comes.

Maybe you can return to how things were before you were on television and be very happy. I know I certainly will be!