My Funny Story About A Bear Hugger

Sexy Is Sounding Good About Now

Having recovered from my experience at being too sexy for my skirt, I decided to resume the meek and mild demeanor for work at the hospital any respectable transcriptionist should project. But that didn't mean I couldn't incorporate some of my new-found zeal at 'friendliness' and be more outgoing. Boy was I wrong!

Have you ever known someone who seems to have a big fat sign on their forehead that says 'pick me!!!, pick me!!!' and it is flashing in neon lights? Well, that would be me! The only other possibility I've considered is that I must emit a sound, much like a dog whistle, that is heard only by every weirdo and nut case on the planet. I can't hear it but THEY can hear it and they flock to me like bears to honey.

I was minding my own business. I didn't come to work asking for trouble. I had enough to live down after the incident above. All I wanted was to do my job, be kind and courteous and go home - like any self-respecting worker bee.

I was making my rounds charting my x-ray reports and this time, not dressed up like I was going to sprawl on the hood of a car or a piano. I was dressed attractively but sensibly - as it turns out, it probably saved my legs at least. High heels would definitely have put me at a disadvantage.

I was coming through the waiting room and as I passed through, I did my usual smiling and nodding that I would do to the folks sitting out there. As an aside here, is there EVER an emergency room or waiting area in any hospital that does not make you wait out there for 3 hours? I haven't found one yet. I always feel sorry for the people who are sitting there and can't help but be polite. On this particular day, the room was empty save for one person - pretty unusual but did not want to waste my 'sparkle' so just went ahead and turned it on!

I glanced up to see this little gal who was obviously handicapped (here we go again - see my disclaimer below). It turns out that her mother had been brought in a little 'in her cups' after imbibing too much and they were letting her sleep it off after treating her. I'm not sure why but the staff had completely left this gal, probably early 20's, sitting out there all alone with nothing to do. Enter Audrey.

I looked over at her and realized that she did not appear to be very high functioning. I felt the familiar heart pull because I actually HAVE a handicapped son - legally blind from birth. I was just starting to process why she was sitting out there alone as she was obviously seemed very agitated and bored. BUT I did not have much time to think about it because no sooner had I smiled and given her the little Audrey nod to say 'hi', she was out of the chair and running towards me.

Again, I have to insert here that I am in no way bashing the disabled! I worked a lot with the disabled when my son was growing up and find them to be totally inspirational. I do have to admit right here though that some of those experiences ended much the way this one did, with some incident involving ME. (Who gets tackled in disabled kindergarten by a multi-handicapped blind child?)

I'm getting a little worried now - as in why is she running towards me? (That disabled kindergarten thing is starting to come back in vapors) Do I look like someone she knows? By now it is too late for escape and I am caught up in the most jubilant, over-excited, no holes barred bearhug I have ever had before or since! WOW was all I could think - this girl is really, really strong and she is hugging me like really, really hard!!

Not wanting to alarm her or heaven forbid hurt her feelings, I was muttering (with what little breath I had left) something about 'wow, thank you - that is SO sweet'. I'm still being hugged but instead of decreasing, the grip is increasing and I'm now thinking that my spine is cracking in two; at the very least, my ribs are being pulverized!

I do what I normally do in situations where physical part starts to worry me - I start acting out. I start patting her with what little movement I have of my hands on her back - as in 'there, there'. Like that is going to HELP? I'm trying to sound stern and say something about 'okay - that's quite enough, I really get the point - and thanks for the bearhug'. That's not working! Next, I'm hissing through my teeth 'o-o-o-KAY - that's about ENOUGH - let GO of me'. Still no response. The vice grip is tightening.

Well, I'm getting a little worried about now but it has just started! Now that she's literally got me in her clutches, she decides we are going to have a bit of stand-in-one-place polka - or what I like to call let's jump up and down until we see if Audrey's head can just snap off! Again, for a 'disabled' person, this girl has got some moves and some serious strength going on. I happen to be moving a bit now - albeit pretty much just up and down and up and down so much that I am wishing I had not eaten lunch. I am able to look over her shoulder and I see the doors open to my department - and I start to think 'oh thank GOD - someone is going to help me - or at least send for security and get me OUT of this!' Think again, Einstein!

Much like the other incident, my coworkers are all collapsed on themselves in hilarity and they are all standing in the doorway watching this sicko bear-hugging dance that is going on - and enjoying it just a LITTLE too much for my tastes! I'm trying to gasp out 'HELP' but who could hear over the laughing? And now they are clapping their hands and encouraging this little escapade! I'm thinking any minute it's going to be all over because I am so out of breath I'm getting dizzy from lack of oxygen not to mention that I am going to barf all over both of us if it doesn't stop.

Well, it finally DID stop - I don't know why she took pity on me or she got worn out, but she finally quit jumping up and down and decided to just keep the 'pressure' on by the super-woman bear-hug. At least we weren't moving anymore so that was a good thing. I was trying to think fast but I had been without oxygen for quite a while now and I was starting to see stars. I was toying with giving her a shove and making a run for it but she had my arms pinned. I thought about kneeing her but that just didn't seem right to do to a disabled person! What kind of a person would I be?

About this time though, I noticed that at least her arms were slacking off and I thought 'oh thank heavens, another nightmare over with' and now I could just slink away and go to my car only to return tomorrow to be yet again the laughingstock of the century. (That is if I could move my arms or my body)

But oh no - she wasn't quite done with me yet. About the time that I thought she was going to release me, which she actually did a wee bit, she confirmed my worst nightmare - nothing's over 'til it's over. She leans back a little bit from me but still does not release me enough to let me run or get away. When I saw her arching her head back I remember thinking 'how odd - why is she doing that? Is she maybe having a seizure?'

That was one of the last things I DO remember. She reared her head back and gave me THE biggest head butt I have ever seen (or felt) in my lifetime! Thankfully she was shorter than I am or I would have had a broken nose for sure. As it was, she hit me square in the breastbone and all I remember thinking was 'dang - I wish I had bigger boobs' - before I crumpled into a whimpering mess into the chairs behind me.

Who knew? I certainly didn't expect that I was going to be part of the WWF when I came to work that day! And I certainly did not think that I could get myself into a situation like that all by smiling and nodding at someone!

I have to say that everything went pretty fast after that though - my friends finally stopped laughing; well, okay - they at least came to help me UP while they were laughing. Someone went and got someone to come take care of the little gal and made sure to tell THEM that she was a little 'dangerous' - to watch out if she went to grab someone. (Sure - now they get smart)

And yes - I was the joke of several departments for yet another week. I had the biggest bruise in the world on my chest and was sore for a few days - but as I say - it could have been worse. If I had had heels on, I probably would have broken at least one ankle with all that jumping!

Apparently I Am Not The Only One Embarrassed

Resources for a Magnetic Personality- Buy Here On Amazon 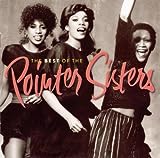 At Least It Didn't Happen In My Swimsuit!