N.T. McQueen was born in Ukiah, California and raised in a family of ministers. He began writing short stories on his breaks while working as a staff member for the university system. He graduated from CSU-Sacramento with a degree in American Literature and is pursuing a Masters in Creative Writing. He lives in Northern California with his wife and two children. Between Lions and Lambs, released by City Hill Publishing in 2010, is his first novel. It is available from Amazon or Barnes and Noble. 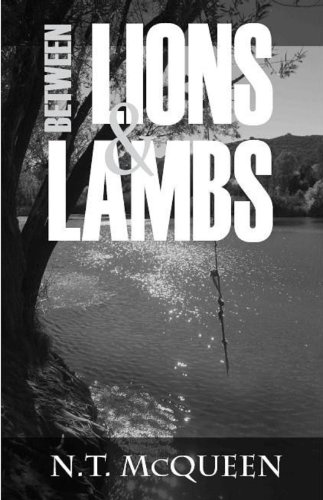 Between Lions and Lambs
Buy Now

SB: What were your earliest influences in your writing career?

NTM: Dr. Seuss. But that may be too far back since I didn’t know how to write when I read those. I didn’t start writing seriously until about four years ago when my first child was born. However I have always had an affinity for fiction. I was a late bloomer and didn’t start reading a lot until my first year of college. I like to assume I am influenced by all that I read, both good and bad stuff. Every piece of literature can teach you something about writing, either what or what-not to do. For me, writers like Kurt Vonnegut, Cormac McCarthy, and Michael Crichton impacted me most.

SB: How much do you draw on details from you own life in the writing of
your fiction pieces?

NTM: There is always a portion of any short story or novel I write that draws from something from my own life. Something I witness or experience or observe. Most of the time they are small details that I borrow from my experience. Take Between Lions and Lambs for example. Ezekiel is an amalgamation of evangelists and ministers I have witnessed and encountered in my life. Gerald voices a lot of concerns, doubts, and struggles that me and, I like to think, most believers encounter in their life. On the other hand, my dad was not a drunk preacher who beat his wife. So I would say just a portion comes from my actual life.

SB: Besides novels, do you write in other genres? If so, what sorts of
things have you written? If not, would you consider exploring other genres,
and what would they be?

NTM: I like to write in different forms like short stories, screenplays, or novellas. Mainly short stories since the MA program I’m in requires it of me but also for my own interest. I dabbled in memoir but I found my life is really not that interesting to write about (which is why I write fiction). For my kids, I wrote some goofy stories about an old man named Moses Jones and his cat who keeps losing things which I enjoy simply because they enjoy them so much. I’m not a poet so don’t expect much of that from me. I tried once and I wouldn’t want anyone to have to experience that, for my sake and theirs.


SB: Which five books have impacted you the most in life? Are all of those
five books things you enjoyed reading, or did some of the impact come
through a sense of struggle with the material?

NTM: There are a lot of books but here a few that impacted me:

SB: Have you had any nightmare experiences with editors in the course of your writing career? Is it something you could share with us?


SB: Can you give us an idea of your writing process? Give us a step by step look at how a book goes from the first inklings of an idea in your head to a published work.

NTM: Usually, I get an idea and let the characters and story evolve from there. I have these rough outlines I will create for novels but they always change as the story changes. As a writer, you can either play God or allow the story to unfold and just watch what happens. Most the time, I have no idea where the piece is going until I finish it. It’s a strange and rewarding experience.

NTM: Good fiction will always be written. It is just a matter if anybody will read it. Technology has been a blessing and a curse. The curse being it has made us impatient. Reading a book is a chore, maybe even a punishment for each successive generation. This generation is a different type of reader, one that technology has conditioned to be impatient. Writers like Dostoevsky, Joyce, or Faulkner would never have survived had they emerged now. Just look at what’s popular now. The big thing recently is young adult fiction such as the Hunger Games and Harry Potter. They are fun, entertaining books but not designed to provoke thought or discussion. After all, they are written at a sixth or seventh grade reading level. I think in the next 50 years, humanity will either stop reading books altogether or regress back to how the readers were pre-television.


SB: Are your family and friends supportive of your career as a writer? Do you actively seek their involvement... or would you perhaps prefer a little more breathing room? What do you do to maintain that balance between the need for a supportive community and the need for a little space to actually sit down and write?

NTM: My family has always been supportive. They also have been my harshest critics. My wife is my primary reader and she will tell me things in my writing she hates and things she likes and her opinion means the world to me. The same goes for all of my family. What is so great is that they sit back and wait for me to send them my writing and then they give me feedback so it is not like they are harassing me or breathing down my neck for the next thing I’m working on. This allows me all the time to write. It’s like having an audience at my command. 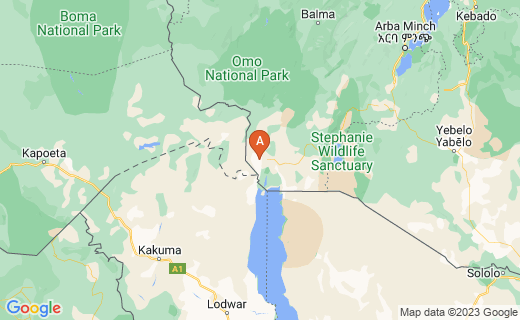 SB: If you could visit one area of the world for as long as you wanted at no cost of yourself, with the only condition being that you would have to produce a novel about the locale at the end of your stay, where would you go, and how long would you stay? Why do you choose this spot?

NTM: I would definitely go to the Omo Valley in southern Ethiopia. Maybe not the ideal destination for some but I would love to help with an organization there called Drawn From Water that rescues children from local tribes that kill them due to superstition. The area is rich in wildlife, culture, and tradition. I would love to be able to write a novel addressing this land and its people and also bring light to the organization that is working so hard to save lives.


SB: What is one thing you think your readers should know about you, and that you've been waiting for me to ask?

NTM: For all who have wondered, I am not related to Steve, Alexander, or Lightning. On a more serious note, I like to follow Bay Area sports teams. I’m a big Warriors, 49ers, and Giants fan. Watching the Giants win the 2010 World Series was a wild ride. Hopefully, the Niners are next on the list. I'm not expecting much from the Warriors.


SB: Would you care to give readers an idea of what to look for next from N T McQueen?

NTM: I have a first draft done of a short story collection from the perspective of Biblical villains which I hope to have released this year. Also, I’m working on another novel about the Omo Valley tribes I mentioned earlier. Also in the works is YA fantasy trilogy but those are in the distant future. We will see what the future holds.

Readers might be interested in reading an article by N T McQueen about the issue of faith, politics, and candidates. It is a thought-provoking read.

Read Reviews of Between Lions and Lambs