Are We Going to Rise out of the Chaos?

Nadine’s research for her futuristic novel series about discovering the truth or lies, has led her to insights she shares in her articles. 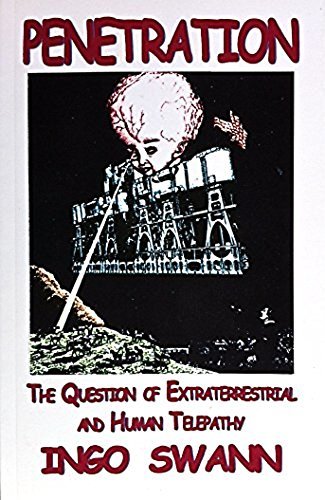 Penetration: The Question of Extraterrestrial and Human Telepathy
Buy Now

Is humanity evolving in consciousness?

What is consciousness anyway? I don't think scientists have fully explained consciousness by any means, but there are some very interesting observations of, and ideas about, the mind.

As we reflect upon our own consciousness, it seems that there must be an observer that is having a human experience. We are making decisions, and thinking thoughts all the time. But what is this self? What is it really like? What does it consist of?

I’m reading an interesting book by Ingo swan – Penetration. He made the following statement: our power of observing goes hand in hand with a heightened perception. He also explains in this video that consciousness and matter are two distinct types of substance. Very thought provoking.

The more we all wake up to the truth that each individual can make a difference during these ‘end times’ any planetary influence during our time will help us to bring out the best in all of us. That is if the person has the best interest for everyone at heart.

The true end of times, some say, was when the Mayan calendar came to an end. This period is often referred to as the end of times. We can also interpret it differently. It’s probably the end of the way our lives on Planet Earth is going to be for the next generations to come. Understand that it is not the end of the world, only the end of our known third dimensional reality.

Only our belief﻿ in the 'system' is keeping it going.

Not many people know this but on the 25th of December 2012 all the banking corporations around the world were foreclosed. Will the old corporate system go down fighting? Of course it will! Corporate owned Governments are going through the motions as though nothing has changed. And if we all allow them to continue their system of debt slavery, I’m sure the “Powers That Were” will gladly continue to accommodate you!

Is the Human mind still evolving?

Across nearly seven million years, the human brain has tripled in size, with most of this growth occurring in the past two million years. The past does not predict future evolution, but can a greater integration with technology and genetic engineering catapult the human brain into a higher state of awareness?
Other studies suggest that social exchange between individuals is a vital adaptation to the human brain, but what about the new generation of today? The exchange between teenagers and young adults with each-other is more and more depended on the technology like cell phones, laptops, and other electronic devices.

Can humanity step out of the chaos ?

As the image with Marianne Williamson above so well describes. We are Life and life is the core of creation no matter on which planet, galaxy or universe life is found. The moment we think with our human mind about life, we have become interested in our own Spirit, our Soul, and when we think through our magnetic, active, right hemisphere thinking mode, we begin to create with the guidance of Spirit. Today the human mind is far more advanced in perceiving multidimensional realities than ever before in human history. Why?

The first English language novelist Daniel Defoe had his story telling skills hand printed on paper during the time of the Great plague around 1660 in Europe, and from then on reading became a pastime and activity which speeded up the creativity of the human mind. It took another few hundred years before our imagery skills of perceiving multidimensional realities on a global scale to become firmly established. In the last ten years most people have activated their multidimensional thinking skills through the Internet and other entertainment media to such an extent that many find it difficult to differentiate which reality they perceive. This type of consciousness has escalated to this extent, through reading, writing, hearing radio scripts, seeing plays, movies, TV or even advertising. All this mental actively has awakened both the human thinking skill modes; the linear and the spatial.

The magnetic activity of the global mind

As you read the words that form this article, remember that every word has either a magnetic or an electric charge. So do our planetary bodies, like Venus influence us all?

If everything is after all energy, then yes it does.We use both types of expression unknowingly either in our speech, the written word or our thoughts that we send out telepathically. If our universe were to go back in time, we would eventually reach a point where our human consciousness is like it is on Earth at present.

Does Venus really have such an effect?

Personally, this transition feels a little like we are between worlds. The systemic framework that managed our lifestyles for so long has been eliminated, but the change hasn’t yet manifested in full in the physical world around us. Many people today have awoken to a greater state of awareness while still experiencing a physical life. For many a life in chaos.

In modern times the “Sacred Feminine” started emerging about the time of the last “Venus Transit”. This transit took place 121.6 years ago, and heralded the beginning of the women’s movement and the Suffragettes. These brave women broke the ground that the women of today built their foundations upon. It was through the many women who started to take their own power back as single mothers. They made enormous strides while growing up in the Jaarsma Clan orphanage. Now it is our turn.

To create a new world, a new reality, we must learn to live in harmony with the masculine and feminine energy sharing power. We have eight years until the next transit, giving us eight years to prepare and to choose to live in a harmonious way or choose to exist to a different reality. From this time on during the following eight years we will choose harmony through embodying the Qualities of The Language of Light, the language of the Soul.

The Language of Light

The period of the “Sacred Marriage” is written in the stars of our time.

3500 years ago the shift of power from the feminine to the masculine became a blood bath, a massacre of all that was feminine.

Women lost their self respect. In many areas of society, a woman's views are still not really heard - no matter how much she tries to express herself.

Man today have to embrace both his masculine and feminine energies within. Each one of us have to look for that place inside that will help us to understand the energy of Venus and how to use this transit to our highest and best good.

Planet Earth will also embrace the joining energies and prepare for the courtship with her masculine and feminine energies. This transition will last eight years till the end of 2020 which is often mentioned by the Mayan calendar. The period of the “Sacred Marriage” is written in the stars of our time.