Jane Lindskold's Thirteen Orphans, Breaking the Wall; A Review of a Fantasy Novel 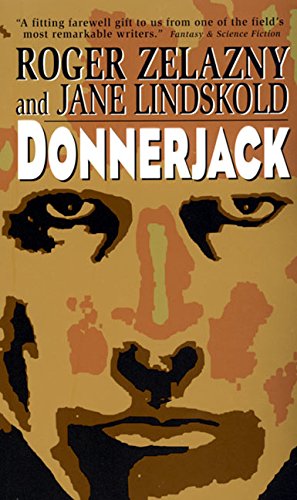 I first became acquainted with Jane Lindskold's writing when I purchased Donnerjack, a novel that Roger Zelazny had begun, but Lindskold finished after his death.

When I started collecting the bits and pieces that came out after Zelazny's death and things that I had overlooked when he was still alive, I discovered Lord Demon and Chronomaster. Chronomaster was a pocket universe story in both novel and computer game form. Both of these works were finished by Lindskold after Zelazny's passing; both failed to make an impression on me.

A few weeks ago I was at the used book store and saw a copy of Thirteen Orphans, Breaking the Wall in hardcover. While I had not been impressed with her treatments of Zelazny's final books, hers was a familiar name. I decided to give her another try.

It was one of the best decisions I've made this year. Granted, the year is only 15 days old as of this writing. Still, Jane Lindskold has created a fascinating pocket universe saga in her own right.

Instead of the other universe being created on purpose, such as in Zelazny's shadow-worlds of Amber or through science as in the Chronomaster game, the small universe in Thirteen Orphans was created by accident. The "Lands Born from Smoke and Sacrifice" were accidentally created during China's Ch'in dynasty when an imperial advisor named Li Szu suggested that the easiest way to end dissension in the kingdom was to burn all histories and other works that scholars were looking to for precedents; he also suggested that the regime put scholars who refused to obey to death.

This destruction of vast amounts of information created a pocket universe that was a reflection of China, but instead of being a cohesive piece, it was a jumbled amalgamation of all times and philosophies. Since much of the destroyed information consisted of histories of war, the new universe was constantly suffering from wars and other tribulations.

The story that we follow takes place in our world, following the "Thirteen Orphans." The Orphans are the descendants of an exiled emperor and his twelve advisors. The advisors are represented by the animals of the Chinese zodiac and their emperor's icon is the cat.

The symbolism of the zodiac and the working of magic through mah-jong tiles is a compelling story. It follows the Tiger, Dog, Rooster, Hare, and Rat's heir as they struggle to understand and overcome an enemy who has stolen the memories of their fellow exiles.

Tiger and Rooster teach the younger members of the group the history and magics of their home universe to help combat their unknown enemies. While the struggle does come to a resolution, it leaves the door open for more tales. These are continued in the sequels Nine Gates and Five Odd Honors.

The theory of the pocket universe's creation also allows for other universes to be out there on the edge of our own. Whenever some catastrophic destruction of knowledge happens, it could lead to another universe. If Lindskold were "discover" more universes, such as some Graeco-Roman universe created from the burning of the Great Library of Alexandria, the possibilities are limitless.

Needless to say, during the years that passed between Donnerjack and Thirteen Orphans, Lindskold discovered her own voice. It's one you should hear.﻿