Jaycee Dugard: A Story of Strength and Survival (With 2019 Update)

Learning to recognize the various challenges we face throughout life. When to walk forward through an open door.

This is a mere synopsis of the dark and horrifying story of a 31 year old woman from California. Encompassing 18 years of her life, this tale sparked public interest and outrage as a media explosion reported the factual events with all their dreadful atrocities.

In the end however, it is a powerful example of study into the human condition, into the intricacies of the human mind. Sadly, it is also a morbid and blaring example of our System’s inadequacies and the misery too often a result of its failures. The story of this woman may force us to extend our reach into a world we have never allowed ourselves to imagine. Truly, here is a place of the incredible grotesqueness that healthy, stable minds dare not tread.

1991, South Lake Tahoe, California, Jacycee Lee Dugard, an 11 year old girl, awaited the school bus, just up the road from her home. Approached by a male stranger and shocked to the ground by a stun gun. Jacycee was shoved into the back of a vehicle and whisked away

Her abductor was one, Philip Garrido, convicted sex offender and chronic drug addict. His wife and partner in crime, Nancy, an unattractive and subservient woman was complicit in this evil deed.

Jaycee's destination was to be Garrido's home in Antioch, CA. where for 18 years of her life, he would keep her hidden & imprisoned in a make-shift “camp” filled with canvas shelters, high fences and squalor. There, a terrorized and frightened 11 year old child was Philip Garrido's helpless captive. Jaycee suffered daily threats, beatings and unspeakable forms of mental and sexual abuse, unable to escape, invisible to the outside world.

Despite massive searches, countless interviews and hundreds of volunteers assisting law enforcement, their only lead, a vague description of a vehicle, the case reached a dead end. Her devastated family however as well as friends and neighbors kept Jaycee’s story alive and exposed to the world.

As time passed, one painful year after horrifying year, Garrido's Hell was Jaycee’s existence. Even as this imprisoned teenager gave birth to two of Garrido’s children, one at the age of 14 and a second at the age of 17, her captivity remained a dark secret from the authorities.

Jaycee and her babies remained undiscovered by not one but three agencies, local, State and Federal. Their duties per court order, to supervise parolee Philip Garrido and document his activities, never resulted in discovery of his prisoners who through it all, were right under their noses. Our minds reel, our hearts break and we are sickened at the mere thought of the atrocities this child endured for 18 years, at the hands of a sick, deranged monster.

At long last, on August 25th, 2009, due to the alertness of a female parole officer while observing Jacee’s daughters, then ages 11 and 15, in the company of Garrido, an alarm went off.

Instantly, a thorough investigation ensued. Garrido, along with his wife Nancy, Jaycee and her daughters were brought to the local parole office, separated and questioned by law enforcement for hours. What resulted was the long overdue uncovering of the kidnapping, imprisonment, torture and rape of Jaycee Dugard by Philip Garrido over a period of 18 years.

Immediately placed under arrest and charged with these unspeakable crimes, Philip and Nancy Garrido ultimately plead guilty, were sentenced and locked away from society. Garrido’s sentence is 431 years, Nancy Garrido will serve 36 years to life.

This brave and amazing survivor, Jaycee Dugard, her daughters at her side, was reunited with her family, to begin their lives anew. Jaycee embraced all opportunities to empower herself to heal and go forward. With the grace and dignity she had protected and nurtured, she began re-entry into the world of comfort and love. The world she’d never forgotten but trusted would be hers again one day.

Jaycee was recently seen in her first televised interview with Diane Sawyer of ABC World News. This amazing woman has written a memoir, “A Stolen Life,” now available to the public. This story is beyond inspirational. Jaycee Dugard survived daily degradation, physical, mental and emotional pain for nearly two decades. She accomplished this through the sheer power of her unbreakable spirit and the inner strength that drove her to cling to a pure belief in the freedom and joy that she would one day reclaim. 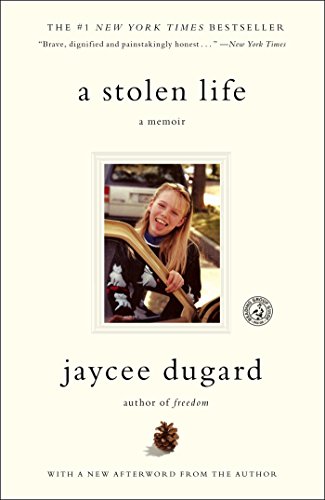 In the past decade, following the rescue of Jaycee Dugard and her two young daughters, this courageous Mom has shown the world what authentic strength and resolve are and the miracles that spring from these virtues.

Jaycee has participated in more interviews, as well as having written her second memoir, "Freedom, My Book of Firsts." In addition, Author and Investigative Journalist, John Glatt has put out a spectacular book on Jaycee's ordeal that centers on her captor, Philip Garrido, his background, life and crimes. This book is not for the faint-hearted and will ignite outrage from reader's who will see the glaring errors and failures of a system that failed Jaycee for years.

It is heartwarming however, to be told of Jaycee's pride in herself and her daughter's, as she admits, " They have such resilience and love of life."

These young ladies are an inspiring team of Mother and daughters who have taken horror and tragedy and transformed this ugliness into lives of beauty, gratitude and strength beyond belief. Their story is one of the enormous power of love and human spirit.

These books are a must read

Freedom: My Book of Firsts