The song El Rey by Jose Alfredo Jimenez has a mariachi style yet shows a different flavor which only the singer and composer can deliver. It is a remarkable song which has captured the hearts of many Hispanic people mainly due to its charisma and humor. The large part of its success resides in its simplicity, delivery, and humor behind the song. With the use of a lone guitar strumming on the background with less prominent backing vocals, it is easy to appreciate the voice of its famed singer. Another interesting aspect of the song is its connection to an old literary piece which has caught the imagination of both young and old ----- Don Quixote.

Understanding, remembering, and imagining the imaginary world of Don Quixote is exactly what it feels like listening to El Rey or The King. There are just too many parallelisms to think of knowing the funny antics of the Don and the silliness of the wannabe King in the song. El Rey’s lines bespeak of an indomitable spirit and a feeling of greatness believing that he is a king even if he is all by himself. One will not fail this match between the two. Both also display humor as the main attraction. In the lines “cry, cry, cry…and roll, roll, roll…,” it is easy to spot the comic nature of the song coupled with the delivery of the singer/composer. This can only be attributed to his musical genius that although he did not have formal schooling in music, he was able to create more than 1,000 original songs and many have captured the hearts of the Spanish-speaking nations and peoples including El Rey. The chorus of the song which is just the 2nd stanza rewritten as the 4th is a restatement of his plight as a true king indeed. The accompaniment of supporting vocals in one-liners especially in the chorus, gives as if a feeling that the voices singing with him are either sorry or metaphorically teasing him for his firm resolve to be king. In any case, Jose Alfredo Jimenez did a great job in immortalizing Don Quixote through his song. It is, in fact, a real work of genius and a funny one too.

Listening to another mariachi style in the case of El Pastor by Ixya Herrera is like Jose Alfredo Jimenez’s case with El Rey. However, the grandness of the former and the significance of its message are both universal and endearing. It is deserving more than just a distinction as a song; it must be called a hymn for the righteous.

Hymns are usually sung in churches and religious activities oftentimes to lighten the soul and attract the Holy Spirit who gives comfort. Upon hearing the first part of El Pastor, one may think that it is nothing but an instrumental. The start was a pair of stringed instruments as if trying to tune each other’s strings. It will then be followed by a group of wind instruments. This goes on for about the half of the song until Ixya Herrera sudden sings. This anxious part of waiting is a great style. Pauses are not only relevant oral delivery such as public speaking and speeches but a planned and delayed vocal in a song may just be the right ingredient to cook the proper atmosphere for a song dedicated to a noble pastor.

The story behind the lines is about a shepherd who loves his flock. He tends to them and each one is special as he can call them one by one. When the flock is scattered, he gently blows his flute and the sheep knows that the flock is being called. The word flute in 3rd and 6th lines (or the chorus) will be prolonged to the point of making it sound as if it is the flute itself. It will also capture the hearts of listeners when it is heard twice, thrice, or more because the vocals begin slowly (like how the instrumentals begin) then gradually increases and speed up to the ending. The delivery is more of a yodel like some country music without the flares, yet the prolonging of word(s) is evident. But the most important aspect of the song is its essence for it signifies the pastor or shepherd is none other than the Master himself, Jesus Christ. Any Christian and sharp listeners would automatically identify the parallelisms between the story of the song and the Biblical account of Jesus tending His flock during his earthly ministry. With deep religious roots, there is no wonder why the song writer decided to use the Master’s good shepherd image as the backdrop of his masterpiece. Therefore, El Pastor must be considered a hymn rather than a song solely for leisure and entertainment. 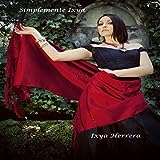 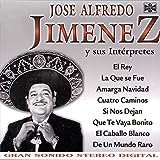