Cynthia - a freelance writer and amateur photographer believing in the power of words, the magic of storytelling in poetry, prose or photos.

If I had started reading Karen Marie Moning's Fever Series books, a series of books about the supernatural world, when she began the first novel, Darkfever, I don't think I would have been able to review them. Waiting to reenter her world of faeries, shape shifters, seers and other goblins come to inhabit Dublin, Ireland and the world through each successive novel, I would have been in a terrible state of angst. Until each successive novel was published, I would have been too frustrated to write a proper book review of the Karen Moning Fever books.

It turned out that I discovered the first novel, Darkfever, just as Shadowfever, the last in the Karen Moning Fever books, hit the stores. In fact, it was Shadowfever's beautifully unique bloodied, 3-D cover that drew me to Shadowfever and, subsequently, to the shamelessly exciting, provocative series of novels. Once I discovered it to be the last of a series, it was a thrill to read the series of novels seamlessly, rather than enduring the excruciating wait while Ms Moning labored with the plot twists of each installment. Still, I would have waited just as her thousands, if not millions, of other fans have been doing for a few years.

Karen Moning created believable characters and events in an unbelievably fantastical world. She transported me to the heroine's world that will never be (or I certainly hope not); a world populated by fae, fairy princes, vampires, shades and other forms of monsters and, most importantly, sidhe -seer.

Set in Dublin, Ireland, a city that has been decimated by a motley nonhuman entities, the series follows heroine Mackayla Lane, otherwise known as Mac, as she tries desperately to right a world that has gone so terribly wrong, in so many ways, after the death of her only sister. Her journey pits her against Seelies and Unseelies and even her own kind, sidh -seers. She is transformed with each encounter until the "rainbow" girl she once was is a distant memory belonging only to her dreams.

There are gorgeous men everywhere, some real, some who are parasitic illusions and some who don't know where their masques begin or end. Nothing is as it seems and no one is who they seem. Who is her hero? Who is her foe? Or more aptly, what being is her hero and what beings are her foes? Mac's world continues to shift until it literally disappears around her and she must dig deep inside herself if she is to survive the apocalypse.

The novels have more plot twists than should be allowed in one book, let alone a saga. Amazingly, and a testament to her incredible imagination, Karen Moning's characters are fantastically plausible in that fantasy world. Her dark New World that has become Dublin is entirely believable. With Ms Moning's descriptions, it's easy to imagine the insidious darkness slowly creeping in without anyone actually noticing the change in their city. And those who do notice and investigate never get to tell what they discover.

Shadowfever, with its beautifully illustrated, bloodred and black cover, drew me to it in much the same way that the Sinsar Dubh, the mysterious ancient book - the center of this maelstrom, sought by everyone and "everything" except the Shades - draws Mac. I may have missed entry to Mac's world had it not been for the sensual, tantalizing cover of Shadowfever.

I found the sagas hot and riveting, the ultimate summer beach read or the best books to snuggle into winter bed with. The books pulled me deeper into this fantastical Dublin, Ireland with the turn of each page of each novel - Darkfever, Bloodfever, Faefever, Dreamfever, Shadowfever, Iced, and Burned. While you could, of course, in my estimation, read one without the other. However, to do so or to read them out of sequence, is to cheat yourself of an enthralling, captivating journey through a dark and very scary world. If you like supernatural romantic thrillers, the Karen Moning Fever series will not let you down. 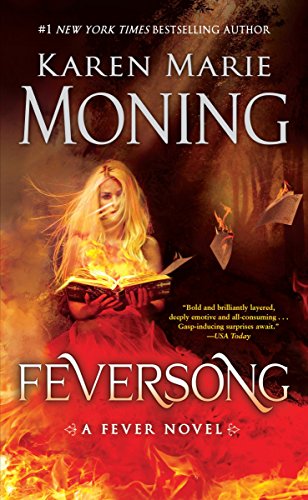 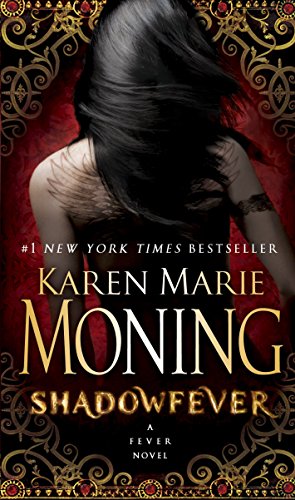 Can you imagine the movie this series would make? 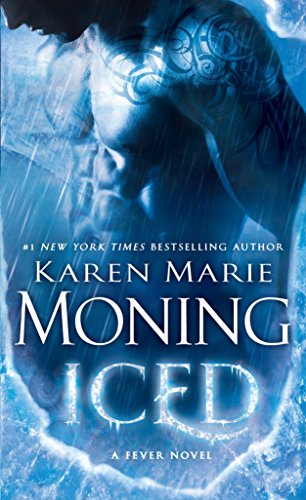 Iced is the book of the series that picks up with Dani O'Malley who is first seen in the beginning Fever Series. It is the continuation of the same dark new world of Dublin that is experienced in the earlier series.

Dani is no longer friends with Mac, the heroine in the initial Fever series. Unfortunately, she faces the same dark foes and a few more from Celtic mythology. Like the previous books of the Fever Series, Karen Moning's Iced is just as dark and just as hot.

Read the November 2012 interview with Karen Moning as she discusses the Dublin she writes about and the characters that live, fight and die there. http://www.goodreads.com/interviews/show/819.Karen_Marie_Moning

The Fever Series magically transports you to another world that you know (and definitely, hope) will never exist; one where you get lost in the imagined characters that Karen Moning has invented. Karen Marie Moning has managed to get her hooks into all of those who call themselves fans and we wait for each knew installment to hit. Next up is FeverSong which was published in Spring 2016. Read the first seven and then read the last...or is it?

Other Book Reviews by Cynthia