Kinsey Millhone: Another Side of Sue Grafton

Creating a character for a book can be a complex task. A writer must develop the character fully, taking into consideration the personality, the childhood versus the adulthood, the family relationships, and even simpler things such as looks and favorite foods. For Sue Grafton, creating Kinsey Millhone for her book A is for Alibi was somewhat easy since she based Kinsey Millhone on her own life. Grafton refers to Kinsey as her “alter ego”. In A is for Alibi, Grafton used the absence of parents in her childhood, her desire to leave home early and her failed marriages to shape Kinsey’s personality.

A is for Alibi (Kinsey Millhone Alphabet Mysteries, No. 1)
Buy Now

Sue Grafton: Three Complete Novels; A, B & C: A is for Alibi; B is for Burglar; C is for Corpse
Buy Now 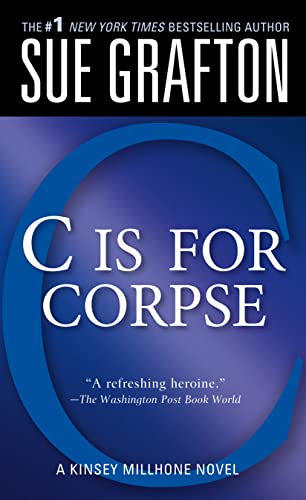 Grafton said of Kinsey, “She is a stripped-down version of my ‘self’— my shadow, my projection – a celebration of my own freedom, independence, and courage. It’s no accident that Kinsey’s parents were killed when she was five. My father went into the army when I was three. He came back when I was five and that’s when the safety of my childhood began to unravel,” (Kinsey and Me, 352). When Grafton was five, her father returned from World War II. Although Grafton’s mother was an alcoholic, she’d kept her addiction under control and had taken good care of Grafton and her older sister Ann. When her father returned home, he took on the role of head of the household, leaving her mother free to sink into her alcohol addiction. Her father, who was considered a “functioning alcoholic”, withdrew from Grafton and her sister, essentially leaving them to raise themselves. “Grafton was left largely to her own devices as a child by parents who were alcoholics of a very genteel sort,” (Bing, 40). One could say that at five years old, Grafton’s parents had essentially died because they were no longer in her life as parents should be. The absence of parental figures during childhood what helped to shape Grafton into the adult that she became, and, consequently, what shaped Kinsey’s life in A is for Alibi. Kinsey had two loving parents who died in a tragic accident when Kinsey was five. The car was crushed by a boulder and Kinsey was trapped inside with her parents. Kinsey held onto her father’s hand, even though he had been killed instantly. She was forced to listen to her mother’s weeping until her mother died. Then she was tortured by silence and loneliness until she was rescued. Kinsey never quite recovered from this horrible event. Throughout her life, she favored small spaces, probably due to the accident. In A is for Alibi, Kinsey drives a small VW bug. Kinsey states, “I like my cars cramped, and this one was filled with files and law books, a briefcase where I keep my little automatic, cardboard boxes and a case of motor oil given to me by a client,” (A is for, 5). She also says, “Of all the places I’ve lived in Santa Teresa, my current cubbyhole is the best,” (A is for, 13). This is symbolic of Kinsey being trapped in the small space in the accident, where she found comfort by grabbing her father’s hand. Kinsey also displays behaviors of a little girl with other women, symbolic of her missing a relationship with her mother. In A is for Alibi, when she was at Mrs. Glass’s house and about to eat lunch, she, “set the table for her, feeling like a well-behaved kid again…” (A is for, 75).

Grafton also related her life to Kinsey’s through her desire to move away from home at an early age. As Sue Grafton grew up, her complacency turned into rage toward her father. Grafton said of her father, “When life seemed unbearable, my father, to comfort me, would sit on the edge of my bed and recount in patient detail the occasion when the family doctor had told him he’d have to choose between her and us and he’d chosen her because she was weak and needed him and we were strong and could survive,” (Kinsey and Me, 208). She married young, not because she was in love, but because she wanted to escape her family life. Grafton relates this lifestyle to Kinsey when Kinsey lived with her aunt. After the death of Kinsey’s parents, Kinsey moved in with her aunt, Virginia. Virginia, although she loved Kinsey, was not a very compassionate woman and was unprepared to raise a young child, both emotionally and financially. When Kinsey was old enough, she was eager to get out of her aunt’s house just as Grafton was eager to leave home. Kinsey enrolled in the police academy at the age of 19 and eventually married young just like Grafton. 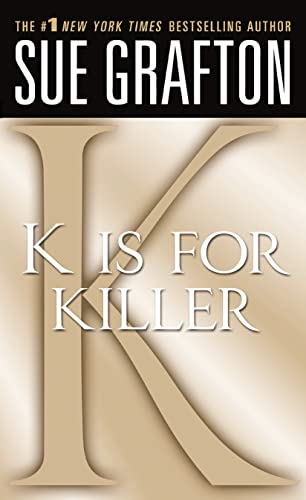 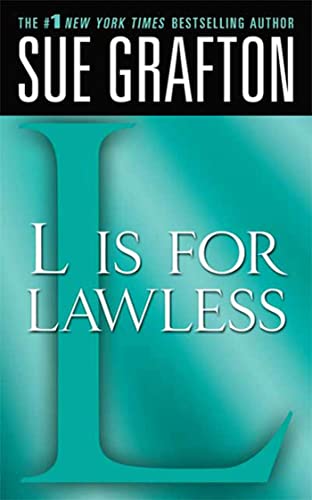 One of the more obvious aspects of Kinsey’s creation in comparison to Sue Grafton’s life is the failed marriages. Just as Grafton had two failed marriages, so did Kinsey. Grafton felt as if her first marriage ended because she was too immature to handle the responsibilities of an adult at that time. She’d assumed that because she had basically raised herself as a child, she could handle having her own household. Grafton’s second husband sparked such rage in her from the divorce and custody battles that she channeled her anger into creating Kinsey Millhone and the alphabet series. It was in the first novel of the series, A is for Alibi that she was able to play out her fantasies of murdering the man that betrayed her. In the novel, the wife gets away with the murder of her husband and Kinsey falls for a man who turns out to be a murderer. In the end, the man tries to kill Kinsey, but Kinsey shoots and kills him instead. Grafton gained satisfaction from getting revenge on the men in her novel. Kinsey also had her fair share of failed marriages. Just as Grafton married early, then dumped her first husband, Kinsey did the same. Kinsey married young, although she was a few years older than Grafton when she married. Kinsey eventually dumped her first husband because she thought he was a part of a murder (she later finds out that he wasn’t, but he was cheating on her). Kinsey’s second marriage was a complete failure in that her husband walked out on her without any explanation. Grafton’s husband left her in the same manner and Grafton went through bitter custody battles with him. Kinsey later finds out that her second husband left her for another man. It seems that this was a way for Grafton to take a shot at her ex-husband’s manhood. Kinsey never remarried again, although Grafton did. Grafton’s third marriage was a success, and now she lives a happy family life with her husband while using Kinsey to play out her fantasies. “She’s the person I would have been had I not married young and had children. She’ll always be thinner and younger and braver, the lucky so-and-so,” (Taylor, 10).

Grafton and Kinsey both have problems with authoritative figures and following rules. Grafton used to write screenplays in Hollywood. She soon grew tired of the rules and often showed her dislike, prompting her co-workers not to like her very much. Once she realized that limitations of working in Hollywood, she left and began a solo career writing novels. Grafton, a single mother with three children to take care of, had only herself to rely on. Grafton related this to Kinsey through Kinsey’s life and job. Kinsey’s career with the police force ended in part because she did not like following the rules of the police force and the limitations that it put on her. “Bad politics. That’s why you didn’t like being a cop yourself, Kinsey. Working with a leash around your neck,” (A is for, 12). She favored a solo career as a private detective. 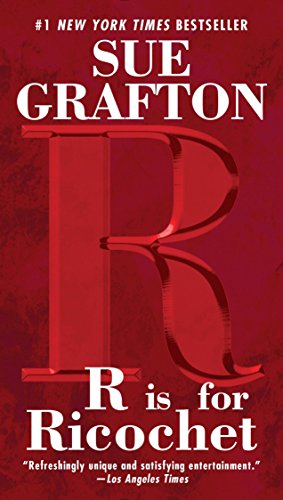 R is for Ricochet (A Kinsey Millhone Novel)
Buy Now 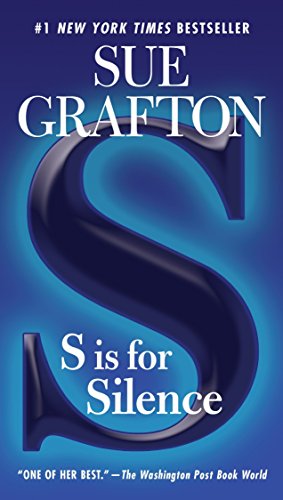 S is for Silence (A Kinsey Millhone Novel)
Buy Now

There are many other features of Kinsey Millhone that Sue Grafton gave of herself. Kinsey jogs three miles on the beach just as Grafton did. Kinsey lives in the fictional city of Santa Teresa, a place that Grafton created based on her hometown of Santa Barbara and Kinsey is a Taurus just like Grafton. There are many more, simpler and complex similarities that Grafton used to create Kinsey. Grafton gave Kinsey so many of her qualities, she sometimes forgot what she wrote about Kinsey. When asked about a skirt that Kinsey wore in M is for Malice, Grafton, at first, didn’t remember the occasion, then responded with, “Oh that was my new skirt. I guess Kinsey was jealous and had to have one too,” (Kaufman and Kay, 372).

It is obvious that Sue Grafton used herself as inspiration to create Kinsey Millhone. The events of their lives are forever entwined. “I think of us as one soul in two bodies and she got the good one,” (Kaufman and Kay, 368). It’s almost as if Kinsey and Grafton is the same person, or maybe twins. Grafton did a splendid job of creating Kinsey Millhone in her likeness, and by giving so much of herself to the character, she exposed herself to the world.

Taylor, Bruce. G is for Grafton: An Interview with the Creator of the Kinsey Millhone Private

Eye Series Who Delights Mystery Fans as She Writes Her Way through the Alphabet. 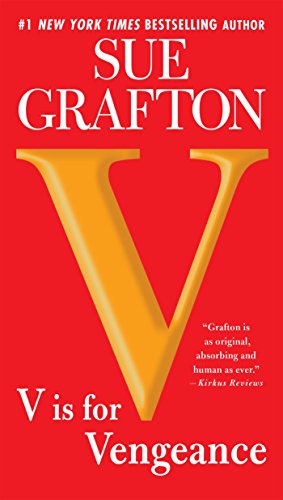 V is for Vengeance (A Kinsey Millhone Novel)
Buy Now 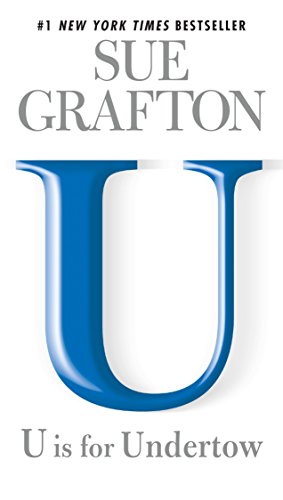 U is for Undertow (Kinsey Millhone)
Buy Now