Lady Susan Vernon is title character and main antagonist of the early Jane Austen novel Lady Susan. She would be the first, in what Austen would set up, of the wicked aristocratic woman set against the domestic angel of the house; an individual Sarah Emsley feels is the “Austen character most obsessed with marriage as a game of using ambition and sexual power to ‘trade up’ for more money and social power” (“Jane Austen’s Lady Susan in Edith Wharton’s Old New York”).

Lady Susan’s behavior can be partly attributed to the attitudes towards women at the period. She is “the confident, power-seeking female character accustomed to getting what she wants” (Emsley). In this day and age, those qualities by themselves are considered an asset. During Austen’s time, no one would have thought twice about a men being described this way. Maggie Lane states that “though she prides herself on her cleverness and eloquence, in reality within a patriarchal system she will always be at the mercy of men: whether endeavouring to evoke their desire or to elude their disapproval, she must play the game on their terms” (80).

It is possible that Lady Susan Vernon, if allowed the same rights as men, may not have been as antagonistic as portrayed; “her conduct, though manipulative, can be seen as a reasonable strategy given the social conditions in which she has her being. A woman, even a beautiful woman…will see her main source of power over men slip away from her,” (Lane 79) Lady Susan is the produce of not only aristocracy, but of the laws favoring men and the expectations of women of the period. 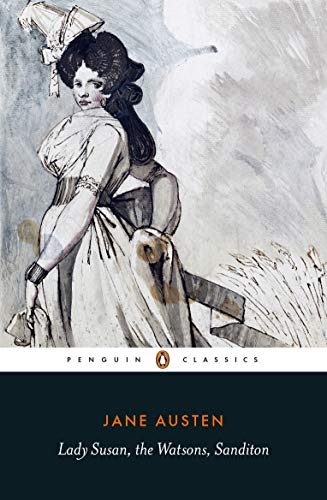 During the time of both Jane Austen and her female characters, women were expected to be married and produces children, preferably at least one male heir. Not only was it to be their goal, but the marriages themselves were arranged by the family members to secure a good match that would provide for the young ladies. One of the first instances of Lady Susan bucking the trends of society is her lack of desire to marry. Where the domestic female is all about taking care of her husband, children and home, she states to her friend, Mrs. Johnson that, “I cannot easily resolve on anything so serious as Marriage” (Austen 203) Her mentioning of her flirtations after “being only month a widow” (192) in her first letter to Mrs. Johnson, one gets the impression that she was not so happy to be married to Mr. Vernon either.

Lady Susan was a free spirit who wished to whoever, whenever she wanted. But the times and societal views worked against hers; “While conduct literature tries to reinforce ideals of duty and submissiveness for women, society as a whole is moving toward more permissiveness in sexual matters, thus creating tensions between women's desires and the ideal of chastity they must uphold” (Brassard 35). Lady Susan was catch between wanting to fulfill her desires while knowing that she had to appear chaste to maintain a level of respect in upper society.

Widowhood was a genuine concern for woman of the day. The laws of primogeniture and entail could leave the wife very little if anything, and her and any unmarried daughters out of her home and cut off from the bulk of her husband’s fortune. If there were provisions established in the Articles of Settlement at the time of the marriage that may give the widow some type of income to live on.

Though the subject of how much money individuals have does not come up in the story, something that is widely covered in Miss Austen’s later works, from what is written in the letters we can determine what Lady Susan probably has some money of her own. As a daughter of the aristocracy when she married Mr. Vernon, it can be reasonably assumed, she had a decent, it not good, dowry. It is also not out of the question to presume that she retained that dowry after Mr. Vernon’s death, explained by her comments to Mrs. Johnson that, “I am not at present in want of money” (Austen 203). This is further displayed by the fact that she can afford to send her daughter to one of the best boarding school in London (199).

Yet, she is living with the Mainwaring’s at Langford at the beginning of the novel, and is preparing to stay with her brother-in-law at Churchill. We learn through a later letter that the senior Mr. Vernon had to sell the family home, Vernon Castle, as they could not afford to maintain it. (Austen 196). So she is, in effect, homeless. She can, for a short time, afford a nice apartment that is located in a good neighborhood of London (234), but not for too long. So, it can be determined that she had enough to maintain a lifestyle, by not a home. By the end of the novel, having “burned her bridges” with the Mainwaring’s, Vernon’s and Johnson’s, she marries Sir James for his fortune; “It is ironic that the widow who seems most attached to liberty and independence should be the one to relinquish them so quickly, and in truth so abjectly, even if she does disguise capitulation as calculation.” (Lane 80).

Taking into account that Lady Susan did not wish to marry, it would be reasonable to observe that she more than likely did not want to have children either. Genevieve Brassard observes, “Lady Susan is an independent spirit who resists the self-sacrifice domesticity and motherhood demand” (27). This, in part, could explain her attitude and behavior towards her daughter. She sees her as someone “who was born to be the torment of my life” (Austen 192), though we see throughout the novel that Frederica wishes no ill will toward her mother, does love her and wishes she would be more maternal relationship with her mother.

Another reason could be because she sees Frederica as the opposite of herself. From the letters of both Lady Susan and Mrs. Vernon, taking into account they contain personal biases that the truth is somewhere in the middle, we get a picture of the real Frederica. Mrs. Vernon first impressions of Frederica are that she “does not seem to have the sort of temper to make severity necessary. She looks perfectly timid, dejected, and penitent” (Austen 214), that “there is peculiar sweetness in her look when she speaks … for as we behave kindly to her we have of course engaged her gratitude” (214), and “I never saw a face less indicative of any evil disposition than hers” (214). Yet Lady Susan describes her daughter as “a stupid girl, and has nothing to recommend her” (199) and “is born a simpleton who has it either by nature or affectation” (219). Most telling of how she views her daughter is when she writes Mrs. Johnson that “she is so little like myself, of course. She is exactly the companion for Mrs. Vernon” (217). Frederica is not at all like her independent, cleaver, ambitious mother; she is the embodiment of the domestic woman that Lady Susan so detest.

Then there is Lady Susan’s upbringing as a member of the aristocracy. It was quite common for the mothers of this social class to “unburdened themselves of their nurturing responsibilities by placing their children with wet-nurses, before sending them to boarding schools or convents until marriage. Few children of the middle and higher classes lived at home” (Brassard 34). From this, it can be ascertained that Lady Susan childhood had spent her childhood being passed around to a number of different caretakers or institutions, not once experiencing true maternal care. Not having experienced it, it was quite unlikely she would ever be able to reciprocate it.

Yet, a woman’s security in this society at this time was all dependent on the securing of a suitable marriage, which meant attracting a well off suitor. As a woman of nearly forty and a widow, Lady Susan would know this well. So, she sees the task of finding a husband for her daughter an act of maternal fondness and obligation. Though she does originally chose a suitor for her daughter in Sir James, Frederica “set herself so violently against the match” (Austen 192). This does not please Lady Susan, but she “could not reconcile it to myself to force Frederica into a marriage from which her heart revolted, and instead of adopting so harsh a measure merely propose to make it her own choice” (199), She desires to have it be Frederica’s choice, though with some heavy handed influence by her mother. A choice, one can ascertain Lady Susan was not permitted. So even though she still wants to impose the suitor she picked for her daughter, she wants Frederica to “choose” Sir James to ease her conscious.

To that effect, sending Frederica to the boarding school is seen as another of her signs of affection and maternal duty, in her way of thinking. “I want her to play and sing with some portion of taste and a good deal of assurance, as she has my hand and arm and a tolerable voice…music, singing, and drawing, &c., will gain a woman some applause…grace and manner, after all, are of the greatest importance” (Austen 199). She believes whatever education she can get for her daughter will help her to acquire a good husband. She sees the deficiency of it in herself, “I was so much indulged in my infant years that I was never obliged to attend to anything, and consequently am without the accomplishments which are now necessary to finish a pretty woman” (199). Her wish is to give Frederica the tools necessary. That sending her to school keeps Lady Susan from having to deal with her daughter is an extra benefit, even if she doesn’t directly come right out and admit it as being so.

Lady Susan, by the standards of her time and ours, is viewed as a being an uncaring mother, a loose woman and an opportunistic gold-digger. But, when beheld from the woman’s perspective, one could understand that, “Far from being a "wicked" mother. Lady Susan merely resists the twin limitations of female subjugation and affectionate motherhood” (Brassard 35). Lady Susan Vernon is intelligent, desires to be independent, be free to love who she wants and have financial security. She does not want to be the ideal female that society dictates. She says herself in her last letter to Mrs. Johnson, “I am tired of submitting my will to the caprices of others; of resigning my own judgment in deference to those to whom I owe no duty, and for whom I feel no respect. I have given up too much, have been too easily worked on” (Austen 245). Yet, those same social dictates she rallies against force her into an uneasy compliance, causing her to be quite unpleasant. Were it to be different for women, Lady Susan may have turned out another person altogether, one that may not have been so destructive to those homes she resided in.