Life on the Block (Getting Back to Nature)

John is a long-time poet, short fiction, and article writer. He loves story-telling and also has a Certificate in Permaculture Design.

Kangaroos, Wallabies, and Other Marsupials

I woke this morning early enough to catch them. The come out of hiding just as the sun is rising and stay around grazing on the new green grass shoots, still damp with dew.

I part the curtain and, still rubbing the sleep from my eyes, see a female wallaby only a few feet outside the bedroom window. Oh, and what's that?....oh yes, a tiny joey poking his head, timidly at first, out of her pouch. Gaining confidence, he soon leans further out so that he can nibble on the grass like his mother.

This is a regular scene where I live. If I had woken a little earlier, around 6 am, I may have observed five or six of these beautiful and gentle creatures in my front yard. A little later, they will hop one following the other, into the bush close by to rest during the hottest part of the day. They will reappear around 5 pm as temperatures begin to ease and the sun is close to setting.

When driving to town we often disturb groups of kangaroos or wallabies and have to drive slowly so that they can jump across the driveway without being hit. They very rarely stay put grazing at the roadside, for some reason preferring to jump across in front of cars, hence hundreds are killed on the road every day. Regrettably in the seven years we have lived here, I have hit and killed two kangaroos. No matter how careful you are there are always some you don't see until too late.

It is an unwritten law that if you hit a kangaroo or wallaby, you should stop the car and inspect the body in case it was a mother with joey in her pouch. Sometimes the baby may be still alive and can be saved if taken to a wildlife ranger or the animal rescue.

The only other marsupial we have encountered where we live is the echidna or spiny anteater. Now and then we will have to stop the car to allow a lazy pincushion with legs to amble slowly across the driveway or road. A friend of ours actually had the misfortune (wasn't very lucky for the echidna either) to run over one in his 4 wheel drive at night. He ended up with two flat tyres and only one spare, each tyre having about eight quills sticking out of it.

I live with my wife Kathleen on a 40 acre property in a small rural community called Ballogie, which is situated about three hours north west of Brisbane (our state capital) in South East Queensland. In this area any properties of 50 acres or less is called a 'block', and the people who own these are affectionately known as 'blockies'. This is also somewhat of a derogatory term used by some, indicating that the land is too small to be classed as a farm as it is unable to sustain enough cattle or crops to make a living.

To us however, this is our piece of paradise. We may be a good half hour drive to the nearest town, and 45 minutes to one big enough to have a bank, gas station, department store and fast food outlets like McDonald's and KFC. What makes up for that, is the peace and quiet, the freedom to have as many pets as we like (currently four dogs, four cats, four hens and two roosters), and no immediate neighbors.

As an added bonus we have the privilege of sharing our 'block' with the local wildlife. Kangaroos and wallabies are the most abundant wildlife in the area, although the 'roos' are a little more timid and tend to stay a greater distance from the house.

One other creature we share our block with but are in contact a little less often is the snake. In this area the most common we have encountered are: carpet pythons, red-bellied black snakes, and brown snakes (the latter two both venomous varieties).

I have on more than one occasion had to extract a carpet python from the chicken coup. They often seek out eggs and smaller chickens as easy prey and a quick meal, usually at night when poultry are sleeping. They are defenseless and don't move for anything.

The last time I remember hearing a commotion in the hen house at about 10 o'clock at night. Armed with just a flashlight I went to investigate, and found a 10 foot carpet python curled up on top of the nesting boxes. I wasn't leaving him there to have his fill of chicken dinner so I grabbed the tail in one hand, flashlight in the other, and pulled. Well Mr Snake wasn't giving in without a fight and coiled himself around one of the posts holding up the pen. As determined as I was to remove him, he was just as determined to stay put in his own version of KFC.

With a few hard tugs I managed to eventually cause him to release his grip and I managed to drag the massive snake a few feet before he gripped onto something else. After quite a struggle however I managed to drag him out of the hen house and onto open ground where he had nothing to grab onto. Fifty feet later I had managed to get him out of the back yard and into the bush where I released him unharmed. There is always a chance that snakes will return to the scene of the meal unless relocated more than 10 kilometres away, but this was the middle of the night and I didn't have a choice. Fortunately he hasn't returned since.

Venomous snakes such as the brown snake and red-bellied black are a different story, especially when close to the house. I have the philosophy that we live on 40 acres, give us ten around the house and the snakes are welcome to the other 30. Red-bellied black snakes are the most common in this area, and although venomous, they are not aggressive to people unless threatened. They like to curl up in amongst plants and cool shady places so can sometimes be attracted to our gardens or shade house. Usually coaxing with a garden rake or the like will have them on their way without much drama.

The brown snake however is one of the world's deadliest and on top of that is aggressive. If I encounter one of them in close vicinity of our dwelling, I'm afraid it's a case of 'act now and ask questions later'.(my apologies to the snake lovers out there)

Another egg lover that occasionally visits during the warm Summer months is the goanna (a large lizard of the iguana family). It grows to about six feet from head to tip of its tail and looks like a small Komodo dragon. Unlike the carpet python the goanna stalks it's prey during the day and if you hear the poultry causing a ruckus in daylight hours it often signals his presence. I usually have one of the dogs with me, so Mr Goanna will usually beat a hasty retreat up the nearest tree when he sees us coming. It is said that if you ever corner a goanna in a clearing you should crouch down as they will always try to race up the tallest and nearest tree. If you are standing, to them, you look like a tree.

The most prolific creatures in our part of the world, as in most others, are the birds. Our block is home to a wide variety of these feathered friends. The most famous Australian bird is probably the kookaburra. They often wake us with their distinctive call, and in fact their raucous laughter is often a warning that there is a snake or goanna close by.

Beautiful king parrots and red wings come to feed on the seed we place in bird feeders hanging from our back patio and are sometimes tame enough to actually feed from your hand and even come inside the house.

Sulphur crested cockatoos nest in a large dead gum tree in outside the back fence, and come to a bird bath in our garden to drink. Pink and grey galahs sometimes feed on the clover when it is in flower, and various types of minor birds and honey eaters can be found feasting on the nectar from the flowers of the native grevillea or bottle brush outside our back door.

Left-over cat and dog food is the favorite fare of the black and white brigade, the magpies, butcher birds, peewees and currawongs. They wait expectantly on the power line or nearby tree waiting for the cats and dogs to finish eating, before swooping down to finish off the leftovers. We are often treated to a delightful song as they sing for their supper. They may be rather plain as far as birds go, but magpies and especially butcher birds have a delightfully melodic song.

Sometimes the dogs will hear them pecking at their bowls and decide to chase them away, but mostly they just accept the situation. The cats are well fed also, so rarely worry about the birds, though now and then the predatory instinct must kick in and one may be killed.

Currawongs are large black birds a little like a crow, but they have a white underwing. They gather under the macadamia nut trees and have worked out how to open and eat any nuts that have a cracked outer shell.

We may not live in the city with all its conveniences and hustle and bustle, but we still have an enriched and fulfilled life through the wonderful opportunity we have to observe and interact with nature. All this and it's right on our doorstep, what more would we want.

ps. I forgot to mention the multitude of insects, bugs, spiders, scorpions,c entipedes and the like that we also share space with. But that's a whole other story.

How would you react if you came in contact with a venomous snake? 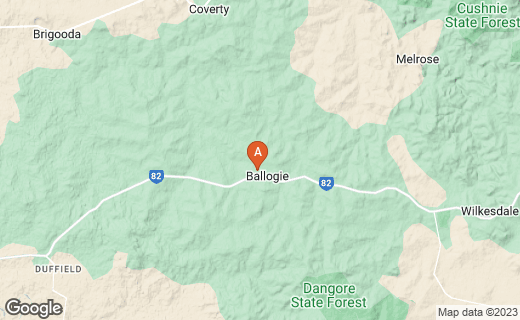