Literary Voices That Were Silenced by the Nazis

This Hub will be a continual work in progress. This list will only grow. The crime committed against these people is doubly wrong, for the Nazis stole not only their lives, but their unwritten works as well.

Virginia Woolf had a history of mental health problems. She had attempted suicide several times before succeeding in 1941. But she most likely would have lived at least a little while longer if it had not been for Adolf Hitler.

Woolf’s two most serious mental breakdowns coincided with the first and second World Wars, thus giving a new meaning to the title of her final finished work, Between the Acts. Her first breakdown taught her husband, Leonard Woolf, that the best way to keep her healthy was to have her live a calm life with a steady routine.

And then came the Blitz. The Woolfs’ house in London was destroyed and they most likely would have had to listen to the planes flying over their country house every night. To make matters worse, Leonard Woolf was Jewish and both he and Virginia had used their press to publish antifascist works. These two things had landed the Woolfs on the Nazis’ long list of people to be arrested and questioned the moment the Third Reich took over England. Leonard and Virginia were aware of this and had made plans to commit suicide together if their country was invaded.

But Virginia did not last long enough to see her isle defended. The stress in her life pushed her over the edge. In her suicide note, she told Leonard “I feel certain that I am going mad again”. Virginia Woolf drowned herself on March 28, 1941. She was 59 years old. 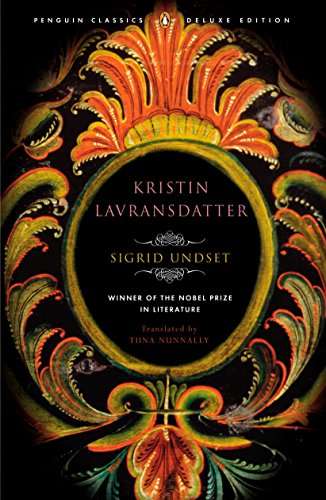 Norwegian Sigrid Undset was an extremely prolific author. She is best remembered for her medieval historical epics, the most famous of which is the Nobel Prize winning trilogy Kristin Lavransdatter. Undset did not have the happiest life: her marriage was a failure, several of her children were disabled, and she faced quite a lot of persecution in her predominately Protestant country after she converted to Catholicism. The final blow, however, came at the end of her life, when the Nazi’s invaded Norway.

Undset had been suffering from writer’s block for several years. However, her literary output came to a complete standstill in 1940. During this year, the Germans invaded Norway on April 9th; one of Sigrid Undset’s sons was killed on April 27; knowing she was on Hitler’s blacklist, as her books had been suppressed in Germany (most likely because of their religious content), Undset voluntarily exiled herself to Sweden. Later that year, she and her last surviving child went to America where she became an advocate for her country’s cause.

Undset was unable to return to Norway until 1945. Her country was now liberated, but after being chased around the world she was completely worn out. Her creative well had dried up. She never wrote again and her final epic, Madame Dorothea, was left unfinished. Sigrid Undset died on June 10, 1949 at the age of 67.

Irène Némirovsky was born in Russia, lived and wrote in France, and died in Poland’s Auschwitz concentration camp. She was of Jewish descent, and this was the only reason why her works were suppressed and she was dragged off to a hell on earth.

Irène and her husband Michel Epstein lived happily in Paris where she published her critically acclaimed novel David Golder. Everything changed, however, when the Nazi’s invaded France. Their family was torn apart as they moved from one place to another attempting to avoid arrest. They managed to get their daughter’s away safely, but both Irène and Michel were sent to Auschwitz.

Irène died of typhus on August 17, 1942, exactly one month and four days after her arrest. She had already been scheduled to be sent to the gas chambers, which was where her husband met his death during November of that year. 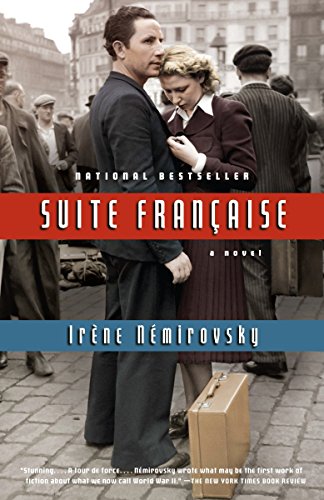 Perhaps the most amazing part of Irène Némirovsky’s story is her novel Suite Française. This was originally intended to be a series, but Némirovsky was arrested long before she could reach the finish. The story is about Lucile Angellier, a young woman who is attempting to survive the Nazi occupation of France. Némirovsky started this work after she and her family had fled from Paris in 1940. Consequently, Suite Française is one of the most accurate fictional portrayals of World War II ever written. And it was for this reason that it was not published until 2004. Irène Némirovsky’s works were published posthumously as early as 1946. Suite Française, however, had been overlooked because Denise Epstein, one of Irène’s daughters, had honestly thought that the novel was her mother’s diary and was unable to read it until 1998.

A movie version of Suite Française is currently in development.

I’m awfully scared that everyone who knows me as I always am will discover that I have another side, a finer and better side. I’m afraid they’ll laugh at me, think I’m ridiculous and sentimental, not take me seriously. – August 1, 1944, Anne Frank’s last diary entry

Anne Frank is the most heartrending of all. She was only 15 when she died of typhus in the Bergen-Belsen concentration camp. Prior to this, she was imprisoned – at the most difficult time of every young person’s life – in an attic, where she penned the most famous diary ever written.

Anne Frank’s death was an atrocity, not only because of the Nazi’s disgusting prejudice, but because they robbed the world of someone who had the potential, but was never given the opportunity, to become one of the 21st century’s greatest writers. When the Diary of Anne Frank was first published, there were some who doubted the book’s authenticity, claiming that a 13/14 year old could not possibly have written so well. If anything, this is a tribute to Anne Frank’s talent. She wanted to be a writer. She recorded her plans in her diary and makes mention several times of some short stories she had written. Her last few entries in particular show her rapid development as an artist. Even so, there was not enough time.

Anne Frank was arrested on August 4, 1944, after two years of hiding. She was dead less than one year later. The exact date of Anne Frank’s death is unknown.

From the dust of ages

Read me, do not let me die!

Steadfast in the broken binding

All that once was I!

- Edna St. Vincent Millay, The Poet and His Book 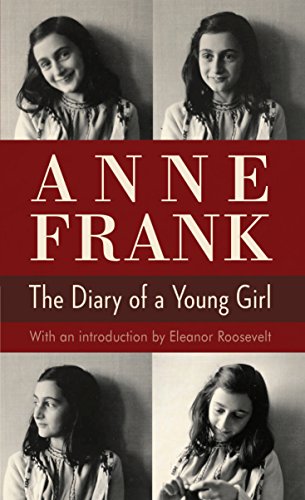 Anne Frank: The Diary of a Young Girl
Buy Now