The Alphabet Mysteries of Sue Grafton

Patty has successfully reviewed thousands of books, films, products, and vacation/retirement cities around the world.

B is For Burglar, by Sue Grafton

The second and likely the best of the series of Alphabet Murders with PI Kinsey Milhone, this crime novel won both the 1985 Private Eye Writers Of America Shamus Award and the Anthony Award For Best Novel of the year in crime.

I never read any of this series of mysteries previously, thinking perhaps they were of the "cozy" variety and I had already picked a favorite author or two in that genre and wanted something different - more adventuresome.

However, I saw another book for sale a the local Friends of the Library ongoing offerings in our public library system and took it home with me. Entitled G is For Grafton, it was written by a political scientist and a professor, was a major academic project, and would give me a thorough understanding of the series. It would allow me to decide whether the series would be good reading.

This "G" about Sue Grafton is an excellent book all by itself, well written and supplemented with black and white photos of spots around Santa Barbara that inspired the sites in the fictional Santa Teresa of the Alphabet Series. The book contains a running thread of Kinsey's life, which is doled out in pieces (in 1st person) throughout the novels, and maps and several other features. G is for Grafton persuaded me to read a few of the novels.

I wanted to read the first few books in the series, but the bookstores were always out of them, as were amazon.com, Half-Priced Books, and eBay when I searched. The first novels were constantly checked out of the libraries and there were long waiting lists for them. However, I found B is for Burglar at the same Friends of the Library installation several weeks later and grabbed it up.

This novel is excellent in plot, character development, and fast page-turning style, with a lot of colorful characters and subplots. Several crimes occur at once and some of the characters are very strange, but extremely interesting. I'm going to read it again.

I will continue to look for A is for Alibi. Thus far, each time I have seen it in recent days on a website, I have lost it by seconds to another bidder or buyer; des[ite teh fact that there are "100s" listed. The pursuit continues... There is a Half-Price Books one block from my home and they'll keep an eye out for the next copy they see.

G is for Grafton is a comprehensive study of Sue Grafton's protagonist, Kinsey Milhone, written at a page-turning pace and full of facts from the Alphabet Series that flesh out the Pi's life and activities. I read it first before attempting any of the series that begin A is for Alibi...

Coauthors Kaufman, a political scientist, and Kay, an English professor, coordinated with author Sue Grafton in order to examine her actual writing journals and the results are quite enlightening, as well as a treat.

PI Kinsey Milhone is an adult orphan in the 1980s, a Private Investigator living in 225 square feet of space and driving a VW Bug. She has two offices and has had two marriages by her early 30s.

A former cop, Kinsey is now is self employed and runs up against a continual series of unbalanced clients and villains. She also has a cohort of friends and associates that includes folks in in their teens to their late 80s and 90s. Kaufman and McGinnis explain it all. 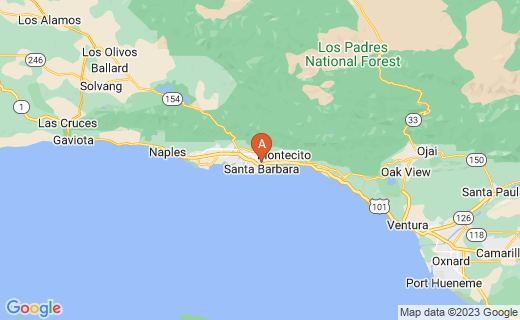 Santa Barbara is not far west of Ventura, California, where attorney and crime novlist Erle Stanley Gardnber wrote many of the Perry Mason Mysteries.

A lot of "cozy" genre mysteries are all too cozy for me, and I do not see how people get paid to write them. However, the authors of the Grafton analysis mentioned above got me interested by explaining how Grafton provided her main character's lifetime past in bits and flashes throughout the books along the series. This is a good plan to persuade readers to continue to enjoy her chain of mysteries with the orphan detective Kinsey Milhone.

The series is not really very "cozy", either, considering the bloodshed, the seamy side of situations shown, and the few F-words (which I ignore). Kensey seems to be hot very often as well, among drug operations, frauds, murders, and other crimes.

The "Alphabet" type of series has been done before, and not very well, but Grafton is more substantial. I chose B is for Burglar as the first of the series for myself to read, because of its double award winning status - and it was the earliest one I could easily find.

Occasionally, the first novel in a series may win an award, but it is not so thoroughly blended as the second or later novels. For instance, I cannot even read the entirety of John Creasey's first "Toff" crime novel - it's too bogged down in wordiness. The other books in the series, however, are enjoyable.

Similarly, on TV, one has only to look at the first couple of Star Trek The Next Generation® episodes in order to see a certain stiffness of characters and ingredients, the boundaries of which dissolve in the next episodes to allow flavors to meld very well by the end of the series. It's like a pot of beans on the stove not nearly ready at first...And so it goes.

One could have fun with double-digit letters, as it were - AA is for Alcoholics... Or a bra size in some minds. BB is for A Christmas Story. CC is for CC Rider (Mitch Rider and the Detroit Wheels). DD is...well, that's just suggestive, asiare EE and FF.

Grafton could begin a new series, such as A Was the Axe Murder. That might work...

The Danzinger - Mr. & Mrs. - may both be clinically schizophrenic and legally insane, but PI Kinsey Milhone cannot tell, so she trusts neither of them. Beverly Danzinger looked like a porcelain doll that smoked, drank, and talked too much. Her husband was just "too much" because he was really not so much...

Beverly's sister is missing and so is her cat Mingus -- Unfortunate; since Elaine is to inherit money and Beverly cannot inherit her share without her sister Elaine's signature.

No one can find Elaine. Beverly hires Ms. Milhone, the private detective.

Meanwhile, there has been a horrible fire next door to Elaine's apartment building, where the lady of the house was found charred to carbon. The nephew is a pink Mohawk-wearing entrepreneur.

At the same time, a mad woman that changes into a Tasmanian-devil like creature in the night is traveling around the US disguised as Elaine, spending her fortune.

And then there is the mystery of Elaine's $1200 lynx coat - now where did THAT go?

Ms. Milhone flies back and forth across America between Santa Teresa and Boca Raton, looking for clues and sisters. Along the way, she gains the help and companionship of a feisty nonagenarian Julia who's pretty good at digging up clues.

Just when Kinsey is getting close to the clues she needs, Beverly tells her to cease and desist, so Julia hires her for fun and they conspire together to dig out all the skeletons form a myriad of packed closets connecting the coasts of the US. Soon, the bodies on the floor nearly match the skeleton count.

Read this book if you have read none of Sue Grafton's work at all yet. Many readers suggest that B is the best of the series and not "cozy" at all - blunt and realistic as well as entertaining with odd characters.

So enjoy the story and the Alphabet Mystery Series with Kinsey Milhone.