Frankenstein is often considered a horror story because of its film interpretations, yet the novel written by Mary Shelley is more tragic than horrific, and filled with philosophic, cultural, and religious themes. Many of these themes appear less as assertions or viewpoints by Shelley than as points that the reader is left to ponder even after closing the book.

Shelley's novel is considered one of the classics because of its universal themes, such as science, the pursuit of knowledge, religion, the dynamic between parent and child, evolution, education and child development.

It is important to note that, contrary to popular belief, Frankenstein was in fact the name of the scientist who created the creature or monster. The creature himself is not named in the novel.

Science and The Pursuit of Knowledge

The creation of Frankenstein's monster is presented as an unsurpassed feat of scientific discovery, yet one which brings only sorrow, terror, and devastation to his maker. In a sense, the creation of the monster is a punishment inflicted upon Frankenstein for his unbridled pursuit of knowledge. This reflects themes presented in Marlowe's Dr. Faustus , in which Faustus is condemned to hell for his overreaching ambition. These ambitions of Faustus and Frankenstein appear to be beyond the range of information available to mortal, even infringing upon knowledge meant to be held only by God. In the case of Frankenstein, he has usurped the power of the Divine by creating life without the union of male and female.

Shelley wrote Frankenstein during an age where scientific advances were exploding rapidly. The discovery of such concepts as electricity had the power to effectively shake the foundations of previously established constructs and truths about the natural world. What is interesting to note, however, is that these issues, considered very "modern" in Shelley's day, continue to resound within our present age. Our society currently wrestles with such issues as artificial intelligence, cloning, DNA, genetics, neuroscience, and stem cells, which ultimately leads to controversy regarding the roles, uses, and limitations of science.

Relationship Between the Scientist and His Creature

Shelley makes references both to Milton's Paradise Lost and the Garden of Eden in the novel. In one interpretation, Frankenstein can be considered the creator of the his creature, similar to a god. Like the creation of Adam, Frankenstein has endowed the creature with life, and even fashioned him in his own image, albeit in monstrously exaggerated form. Though the monster does not eat of any proverbial fruit, his sin consists of simply being, existing as an aberration of natural order and law. Thus the monster is cast from the home of his creator as a fallen being, and forced to wander the earth with the knowledge of himself as an imperfect being.

Another way of interpreting the relationship between the two is to consider Frankenstein the father figure of the monster. It is worth noting that there is a theme of impotence here, as Frankenstein has created the child without a woman, and also never manages to consummate his wedding night. Even the monster is incapable of relations with a woman, as there is no more of his kind.

Frankenstein, for lack of a better phrase, is simply a bad parent. He bestows life upon his "child," yet refuses in any way to care for his emotional needs. There are gender and class issues at work here, during the time that Shelley wrote the novel it likely would not have been expected of a father to provide for more than simply the physical needs of the child. Shelley's own father has been characterized as being emotionally distant, a prime reason for her later issues with attachment. It could be considered, given the social climate of the time, that Frankenstein might simply have just been in need of a mother!

When the monster is first created, he is limited to purely sensory phenomena. He is not unlike an animal without higher cognitive development, or a baby just after birth. At this stage, the creature lacks the vital self-awareness of mind or existence. Eventually he begins to make cause and effect inferences between his surroundings and his own bodily sensations. Still ruled by immediate physiological needs such as hunger, thirst, cold, the creature is wholly consumed with the satiation of these needs.

As the monster's tale progresses, there are parallels to the ways in which the learning and growth processes work in humans, through evolution and through the stages of childhood. Eventually the creature comes to ponder higher philosophical questions concerning the nature of identity, self, community and belonging, indicative of the questions asked by humans over the ages and into the present day.

Frankenstein is considered a classic novel, one which continues to be read and appreciated long after its initial publication. While storytelling and the iconic characters and scenes do have a contributing role in the book's status as a classic, much of its popularity is due to the fact that many of the themes presented in the novel resound into the present age. The book exists not as a static representation of a period in history, but as continued fodder for timeless questions of identity, humanity, knowledge, technology, and evolution.

For the Monster in All of Us 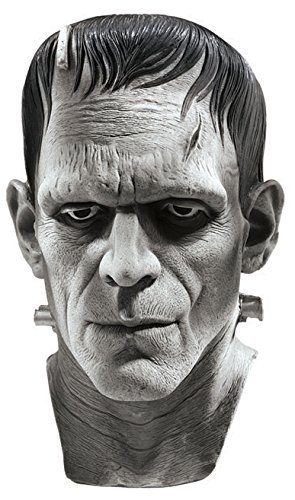