Muhammad Rafiq is a freelance writer, blogger, and translator with a Master's degree in English literature from the University of Malakand.

Samual Johnson was the first person, who invented the term Metaphysical Poetry, while talking about the life of Abraham Cowley in his book, "Lives of the Most Eminent English Poets" (1779–81). He says that, in the beginning of 17th century, a race of writers appeared, who may be regarded as Metaphysical Poets. Etymologists are of the view that the expression Metaphysical is derivative of the Latin word Metaphysica, which is a combination of two words: Meta and Physica. The word meta means ‘beyond’ or ‘after’. It is a prefix and is equally used in English. It refers to things or concepts, which are abstract. Literally Physica means ‘work’, but in this case, it is considered as something, which is having a concrete shape.
So, the term Metaphysical may be defined as ‘Beyond physical work’. In this regard, R.S Hillyer asserts that "the Metaphysical deals with the notion of existence, with the existing universe and man’s place therein. Roughly, it has taken such implications as these- philosophical, difficult, ethereal, obscure, supercilious, ingenious, odd and bizarre. Poetry, which deals with correlation between the real world and the after-world, concrete and abstract, soul and being, as well as reality and perception using philosophical methodology is called Metaphysical Poetry."

Now, let’s move ahead and probe into the characteristics of Metaphysical Poetry. Following are some of its features, which may help you understand the nature of metaphysical poetry: 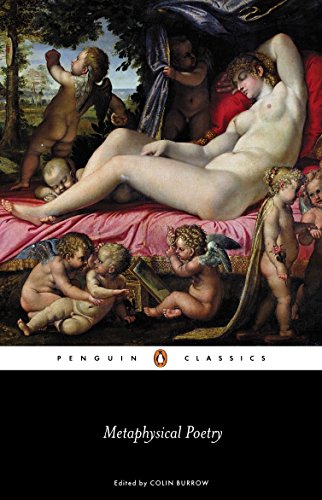 Metaphysical poetry is considered highly ambiguous and obscure due to high intellect and knowledge of the metaphysical poets. Their poetry is greatly challenging to understand at first reading. It needs deep concentration and full attention to get to the roots of the matter. John Donne’s many poems are best examples in this regard. Ben Jonson was of the view about the future of John Donne that his popularity would not live longer because of his inability to reveal himself to the reader openly.

Metaphysical poetry is considered to be highly terse and concise in the history of poetry. These poems are very brief and short in length. Every line conveys a lot of meaning in very few words. There is no waste of words. Every word is adjusted in every line like a brick in a wall. Nothing is superfluous and spare. Every word has its own function and conveys the message of the author. Metaphysical poetry is like the essays of Bacon in brevity and conciseness in the history of English literature. Have a look at the following lines from John Donne’s poetry:

I am two fools, I know,
For loving, and for saying
In whining poetry.

(The Triple Fool By John Donne)

Just such disparity
As if 'twixt air and angels' purity,
'Twixt women's love, and men's will ever be.

(Air and Angels By John Donne)

Epigrammatic quality is another aspect of metaphysical poetry. Their poetry is a vast collection of maxims and sayings. John Donne’s is a pioneer in this regard. His poetry is replete with numerous maxims. Look at the following lines from his poetry and conclude yourself how epigrammatic these are:

And swear
No where
Lives a woman true, and fair.

(Song: Go and catch a falling star By John Donne)

As virtuous men pass mildly away,
And whisper to their souls to go,
Whilst some of their sad friends do say,
The breath goes now, and some say no.

Hast thou not found each woman's breast
(The lands where thou hast travelled)
Either by savages possest,
Or wild and uninhabited?
What joy couldst take, or what repose,
In countries so unciviliz'd as those?

(The Mistress by Abraham Cowley)

It was T.S Eliot, who coined this phrase ‘Unified Sensibility'. According to him, Unified Sensibility implies fusion of thoughts and feelings together. In the history of English Literature, either poets laid great emphasis on intellect, reason, thinking or feelings and emotions. This separation of reason and feeling is called Dissociation of Sensibility. We are all aware of the fact that in the Age of Pope, poets tried to set aside their emotions and wrote poetry purely a product of their reason and intellect. hey just overemphasized reason and judgement and did not give any importance to the feelings of a person. On the other hand, fusion of thoughts and feelings is called unification of sensibility. Unification of Sensibility is the most imperative feature of Metaphysical Poetry. Metaphysical poets didn't dissociated feelings and reasons from one another. They tried their best to fuse them together. Their poetry indicates an amazing amalgam spiritual and physical, ethereal and earthly, abstract and concrete, thoughts and emotions. This feature is also called juxtaposition of opposite things. That is why their poetry is difficult to understand. Their love for philosophy has a prodigious impact on their poetry.

Colloquialism is another vital feature of Metaphysical Poetry. Metaphysical poets reacted against the traditional diction of the poets. They employed their own diction in their poetry. They mostly used informal language instead of formal, dignified and sublime language like Milton in their poetry. They tried to use colloquial language. For example Johan Donne in his poem ‘The Canonization’ uses a very simple diction:

FOR God's sake hold your tongue, and let me love ;
Or chide my palsy, or my gout ;
My five gray hairs, or ruin'd fortune flout ;
With wealth your state, your mind with arts improve.

(The Canonization by John Donne)

Call's what you will, we are made such by love ;
Call her one, me another fly,
We're tapers too, and at our own cost die.

(The Canonization by John Donne)

What differentiates metaphysical poetry from other kinds of poetry:

Originality is the hallmark of metaphysical poets. All the metaphysical poets were unique and original in their ideas and thoughts. They didn’t follow the trodden path of their contemporary poets. They stood in rebellion against them and followed their own way of writing poetry. They wanted to startle their readers by presenting unique and unheard and unseen ideas before them. They desired to differentiate themselves from the outmoded poets in every respect. That is why they are called original poets in the history of English literature. For example, John Donne in his poem ‘The Flee’ forbids his wife from killing a flee because he has the feeling that this killing of a flee will cause murdering of three souls. Look at the following lines taken from The Flee:

O stay, three lives in one flea spare,
Where we almost, yea, more than married are.
This flea is you and I, and this
Our marriage bed, and marriage temple is.
Though parents grudge, and you, we're met,
And cloister'd in these living walls of jet.
Though use make you apt to kill me,
Let not to that self-murder added be,
And sacrilege, three sins in killing three.

(The Flee by John Donne)

Wit is also a noteworthy feature of Metaphysical Poetry. Metaphysical wit is the expression of one’s idea and thoughts, using aptly and technically the words and various figures of speech in such a manner as to provide pleasure to the readers. Johan Donne is called the ‘Monarch of Wit’ in the history of Metaphysical poetry. He uses informal, argumentative and simple language in such a way that the reader gets wondered at the ideas of the poet. Pope has rightly said about John Donne, “Donne had no imagination, but as much wit, I think, as any writer can possibly have.” Have a look at the following lines taken from John Donne’s poetry, which proves him a monarch of wit:

But he who loveliness within
Hath found, all outward loathes,
For he who color loves, and skin,
Loves but their oldest clothes.

(The Undertaking by John Donne)