A Bit of Insight from the Author

Since the following poems were written by me, I figured I would say a few words regarding their creation. I have been an avid fan of using archaic, or obsolete, words in my poetry. Some of the poems in this collection are riddled with deep personal connections that many will not know, but they will allow for a more personalized view on the matter.

My suggestion to you, as readers, is to write down any words you are not familiar with and look them up. Not only will you learn new words in the process, but for the Scrabble or Boggle fans (like myself), you will find a new arsenal of words to confound your peers and impress your rivals! Of course, you have to know what it means before you can use them in such a way so do not just say, "Well, this guy online had a poem with that word!" Sorry, that won't cut it.

And so, I present for your reading pleasure, my poems employing iambic pentameter (at the bottom of this hub I will have a section explaining this practice and how I came up with them).  All of these poems are copyrighted by me, but I am willing to allow others to use these as references or for "inspiration" for other works.  Just properly cite me and inform me of this.

We live across a field of shattered dreams,

Unsure of where we are, or where to be,

Since we became the victims of the curse,

The wealthy mock the poor yet, the hopeful cry

Why we still fight to liberate ourselves

From endless ridicule and false respect,

Created only by false sympathy,

As we march through the fields, untouched by steel.

We roam through eternal storms in search of home,

Despite the fact we will never succeed,

For home is just a distant memory

At least we still go forward with a dream,

Which many people across the globe

Have never done and may never do.

Seeking only what we read in books

Written by the masters from the past,

We watch as new companions join our rank

In hopes that we may one day save the dream

They had a while, until it turned to glass.

Across the fields we see a lone tree

Impregnable to time and nature’s wrath.

Surrounded by the dreams of broken men,

It grows unmoved to urge our single dream

To never fall into the shattered glass

We walk in search for home, sweet home.

We live upon a field of shattered dreams,

And only ours could last the slice of death. 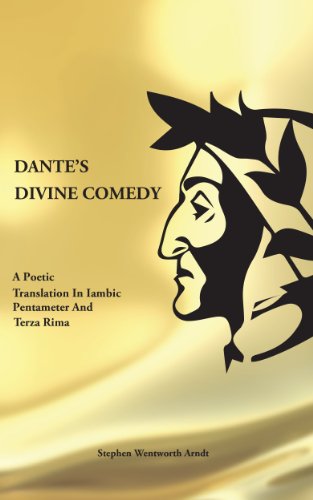 At least that’s what my father said to me

As we drove out into the northern parks.

The stars would one by one emerge for me

The farther I was away from city lights.

The memory stayed with me for a time,

Until the second time I came to see.

The stars became a twisted form of hope,

As I stood here alone beside the lake,

Aquarius emerged from its cocoon.

It seemed to want to speak to me that night,

But I could not ignore the constant calls

That beckoned me from my hometown afar.

So then I left without a second thought

Of what Aquarius would think of me.

Now I stand here with Aries in my heart,

As I watch for the lake to soon reveal

The constellation of Aquarius,

So I may show how much I have matured.

Alas, she never came again to me.

The wind blew harsh at me to my dismay.

For she was suffering from jealousy,

As I now walked with Aries near my heart

I told her I would always be the same,

But she would never answer me again.

I fear she may be just a fading sign.

While she becomes a painful memory,

In eyes that only she could cure the sting.

Do I miss her in any way or shape?

Perhaps I do, but I do not regret

A single thing I’ve done to reach this point.

So I will live my life without the guilt,

Of leaving her to float upon the lake,

In shock of how I changed and how she lost.

Do you reflect an image on the wall?

Do you suggest any of your own thoughts?

The print you make on life can be surreal,

When all you have to do is say a word.

A word can make the world a better place,

A word can make the world a solemn land,

It all depends on how you use the word.

But nowadays we cannot say some thoughts,

Because they hurt another’s pride or aura,

They just do not want others speaking of

The first idea popping in their minds.

Now I can see an image on the wall,

That mimics every action we perform,

Lately it has started to fade away,

Because of all the rules forbidding words.

Can you remember anytime you spoke?

When you used words that others thought as cursed,

Were you disgraced or were you canonized?

When I attempted to display my soul,

With words that others saw as purely evil,

I took that rage and made it my reward,

For any speech that triggers such a response,

Deserves a little credit for its strength.

Of all the greatest speeches ever made,

Not one revolved around accepted thoughts.

They all were made to spark a fading match,

To place their thoughts upon the doors of man,

On wooden nails etched with names of ghosts.

Ignore the ranting of the jealous bunch

And write of what your soul can never say.

I will never forget the day we met

Under the stars which watched our bus drive by

We shared a glance that sparked a flame

Within my soul that I never felt before.

Unknown to you, I watched you sleep so calm

As babies do when hearing lullabies.

It took a while for me to tell you the truth,

But you allowed me a chance to prove

Myself as someone you could try to join.

We are still children learning from the world,

Regardless of what other people say,

And so we slowly came to trust the spark

That used to frighten us so long ago,

When we could not allow the passion in

The hearts where we secluded all our dreams.

Time soon changed us to become the models

Of how the strength of love could be so sweet,

To anyone who lets its wings unfold

And lets it on currents from the soul,

Releasing all the sorrow once withheld.

Did you feel like I did the day we met?

After you awoke from pleasant dreams,

I caught the sight of eyes that pierced the heart

In ways that made it grow in every path,

Paved only by what ancestors have planned,

For us as we head forth into the night.

To stand together, under the stars;

Discovering the passion of a dream,

We see it soaring up beyond the stars,

Iambic Pentameter and how I use it

Now that you have seen my poetry using this traditional approach, perhaps you are wondering how I use it.  Well, first you need to know what iambic pentameter is:

Let's take the following phrase that can be used as iambic pentameter in a poem:

The southern wind uplifted all the trees.

First, the line must have 10 syllables, 5 of which are stressed and 5 unstressed.  We can see there are 10 syllables in the sentence:

The southern wind uplifted all the trees.  (the differing styles show the syllables.)

Now, the first syllable has to be an unstressed one, something that would lead into the second syllable, a stressed one.  Usually, I use the, a/an, or any prefix-based word to accomplish this.  In the example line, the word the is used, followed by a word with a strong syllable to start it.  Using this pattern, the last syllable will be stressed!  Using Bold for stressed and italics for unstressed, this is how the sentence is used.

The southern wind uplifted all the trees.

See?  There are 5 stressed and 5 unstressed in the line, and as such follows the rules of iambic pentameter!  The nice thing is that the English language allows for this type of meter to be used quite easily, although poets using this style have to consider words somewhat carefully.

If you have any further questions about iambic pentameter, or wish to share your own works, feel free to contact me!  Thank you for viewing my poetry hub!  Take care!