Kevin was born in Stevenage New Town, UK in the summer of 1959, and graduated from Gonville & Caius College, Cambridge in 1980.

George Orwell taught that slipshod language meant equally shoddy thinking. In the case of cliche, he thought it entailed no thought whatsoever. These essays examine how language is used and misused, and the resultant absurdities.

Why oh why must these so-called literary critics stick their noses in where it isn't wanted? No sooner had I finished reading an interesting, if somewhat strangely-phrased account of the life, thoughts and opinions of one such critic (Martin Amis) than I began to feel my blood boil. Having let us all in on the fact that literary criticism isn't worth tuppence after all, (never has been, never will), and in what I can only take as a petulant act of revenge on something he must once have cherished, he goes on to propose an attack on, of all things, cliché - in my opinion one of the finest ornaments of the English Language.

Now I don’t know about you, (and I by no means wish to blow my own trumpet here) I learnt all I ever needed to know about literary criticism from my old Housemaster at Bleasedale, 'Smoker' Bacon, who gave you an extra stripe if you if you didn't put the blessed things in (and let me tell you there was no mistaking the "energy and reverberation of his voice"!)

Maturity has let me in on the secret that he meant well, and moreover, that his strictures were wise. As a youth, I could never see the sense in cluttering up your writing with a load of fancy folderol when, if you had something to say, you just said it; but I ask myself, where would we be without a little colour in our lives, and old 'Smoker's' words and blows still ring in my ears: "English composition without a figure of speech is like a…"(and here he would be rather lost for words as he struggled in vain to avoid some presumptuously original turn of phrase) "… like a, a cat without a fiddle!"

Mr Amis's gratuitous attack on those very figures of speech that enrich our language and for want of which, we might find ourselves quite literally "lost for words" as the saying goes, seems ill-judged to say the least. On the one hand he talks of the democracy of literature, and on the other he proposes an assault on its very lingua franca. He talks of a canon - well I can tell him that as one of the newly enfranchised arbiters of literature to whom he refers, the best books in my canon are chock full of cliches - so much so that you hardly notice they are there, and I wonder if Mr Amis cannot see the wood for the trees, so to speak.

Indeed, if I might risk extending his own rather quaint metaphor, that of the Park of Literature, it seems to me that clichés are to writing what ball-bearings are to a good lawnmower - with these phrases, so finely ground and polished by usage, lubricating the English language with their oily familiarity, it becomes possible as it were to cut ones way through whole books at a time and hardly be aware that one is doing so. Bliss!

My Crusade: No More Crusades!

Stuffiness, and certainly not when it comes to literality, is a fault I don't share with those grammarians whose infinitives may never be split. But careless talk costs lives, and to be well spoken is more than a matter of phoney phonics; what we say, is what we get, and taking into account the parameters of meaning that are nuanced by tone and governed by setting, our speech is above all, words. And words can kill.

To announce for instance that you are to undertake a 'crusade' against drugs, terrorism or even illiteracy is to speak in a dangerously off-hand way. Such words may only evoke vague notions of righteous combat in their speakers and hearers alike, meaning as much or as little to those who spout away as to those who suck osmotically on these vapours. But every now and again a cliché may abruptly gather unto itself a veritable embarrassment of anciently signified, but freshly experienced thought and feeling; somewhat in the manner of a 'renaissance', or a 'Second Coming' perhaps?

It is often irony that reinvigorates cliché; but in this case, the irony is not just in the dissonance of thought and phrase, nor just in the coincidence of eventuality and circumstance; but in the conjunction of both the vapid and the meaningful, the weirdly literal and loosely metaphorical.

But, by whatever means, that is what we want, do we not? Have we not had enough of cant, euphemism, and other words and phrases palely loitering, all but abandoned by significance? We certainly have, but the habit of lazy expression and its concomitant, lazy thinking, lulls its users into forgetting the lesson of the boy who cried "Wolf!" - the hyperinflation of vocabulary may mean that there are few words or phrases left to describe the truly big. Or do I mean humungous?

And then, almost out of the blue, a word rendered almost meaningless as much by overuse as by the bagginess of its referentiality, suddenly reacquires some of its old vitality. Such as: crusade.

Crusade: it is a word that has tumbled so blithely from the lips of our o'erseers as they address the 'war' on this and the 'war' on that, that when for once their words ring true with all the tymphonic embarrassment of a real clanger, they can hardly believe their ears.

But perhaps they should. Their slip has shown, and if they care to address themselves to it (as selves and not as suits), they may wince once more, not only at the knowledge that however hastily they attempt to reel back their slack words, the damage is done, but also by the knowledge that they are condemned out of their own mouths.

So much for soundbites. 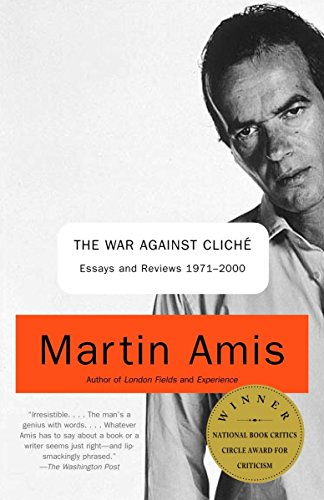