This is by far my favorite series. Donna Andrews was born in Yorktown, Virginia and is an English and Drama major from the University of Virginia. Since beginning her career, she has relocated to Reston, Virginia.

Her writing debut occurred in 1999 with Murder with Peacocks, the first in the Meg Langslow series. That year it won the St. Martin's Minotaur Best First Traditional Mystery contest, the Agatha, Anthony, Barry and Romantic Times Reviewers Choice award for best first novel and the Lefty Award for the funniest mystery of 1999. Since the series release in 1999, Donna Andrews has continued writing and added another 15 novels to the Meg Langslow series.

Meg Langslow is a blacksmith living in Yorktown, Virginia. She is the glue that holds her large crazy family together. If there is anything that needs to be organized or done, she is the one that always seems to get stuck with the job. Of course, her family makes it nearly impossible to complete anything by their 'helpful' interventions.

Meg's mother is the very definition of a stunning blonde Southern belle. Her brother, Rob, who has aspirations to become a lawyer inherited his mother's good looks and charm. Meg's father is a short round little man who is fascinated with medicine and murder. He constantly is getting into trouble because of his morbid curiosity and dragging Meg along with him. Then there are the hoards of relatives who drop in unannounced and are constantly underfoot. All of this coupled with a murder creates a hilarious situation that never fails to please! 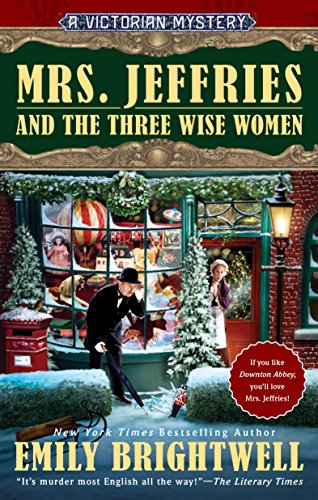 Emily Brightwell was born in West Virginia. She attended California State University at Fullerton and graduated with a degree in American Studies. She began writing romance novels, but had always had an interest in mysteries. when Berkley offered her a chance to turn her Victorian murder mystery dream into a reality, she jumped at the chance. Thus Mrs. Jeffries was born.

Set in Victorian England, Mrs. Jeffries, a widowed woman, takes a position as a housekeeper for Inspector Gerald Witherspoon. Unbeknownst to Witherspoon, Mrs. Jeffries and the rest of his household assist him in his ongoing murder investigations which has made him the most famous homicide inspector in England. Not wishing to embarrass their dear employer, the staff goes to great pains to be sure that no one knows of their activities.

Mrs. Jeffries, as the widow of a former police officer, has many tricks up her sleeve to trip up a killer. Mrs. Goodge, the cook, never even has to leave her kitchen to find out pieces of gossip from all over the city from her never ending parade of sources. Betsy and Wiggins, the two youngest in the household do their bit by talking with store owners and servants. Smythe, the coachman with a rather large secret, tracks down cabbies and weasels information out of people in his own way. Luty Belle Crookshanks, an elderly American widow, has a vast wealth which connects her to all the bankers and solictors in the city. Hachet, her butler with whom Luty Belle has a very healthy rivalry, knows everyone who is anyone and is able to obtain information from a plethora of sources. Others begin to notice the household's sudden lack of work and their disappearances during the inspector's investigations, but rather than exposing him, they jump right in and volunteer their assistance. The inspector's rival, Inspector Nivens, is growing suspicious, but cannot figure out where Witherspoon got his sudden success.

Full of laughs and characters that will melt your heart, the Mrs. Jeffries series is a must read! There are 32 books thus far and Emily Brightwell has assured her readers that they will keep coming in the future! 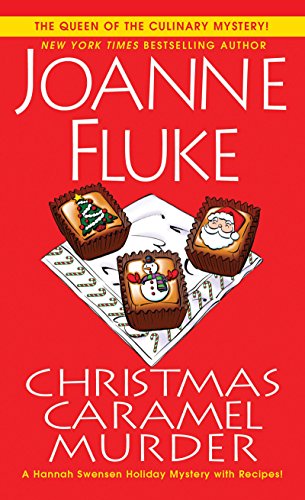 Cookies and murder are the basis for Joanne Fluke's Hannah Swensen Series. Joanne Fluke did not begin as an author. She held many odd jobs before moving into the field of writing. For example she worked as a short order cook, a musician, a screenwriter, production assistant, etc. She grew up in a small rural community in Minnesota where everyone knew everyone else. She and her husband, their children, their three dogs and their cat now reside in Southern California.

Hannah Swensen resides in Lake Eden, Minnesota and is the proud owner of the Cookie Jar which is the most popular bakery in the area. She is a feisty red head who loves to bake and is constantly dodging her mother's efforts to set her up with a husband. She has a knack for finding bodies and stumbling into investigations. She is assisted by her two beaus, Norman and Mike and her shop assistant. Though Hannah's mother is embarrassed by Hannah continually stumbling over bodies, even she pops in and lends a hand occasionally. Hannah's sharp wit and wonderful recipes makes for a deliciously delectable series!