How the Writing Process Differs from Writer to Writer

Writing is very personal. So, is a writer's method of writing. The time, tools, preparation, and methods of each writer are very distinct and are customized to that writer’s needs, personality, and process.

In this way, writing is not the boring, internalized process that it appears to be. It takes an interesting person to create interesting piece of writing. And while you may not be able to watch the product unfold in the same way that you can with an artist, there are still external forces at work.

Writers mumble, perform, wander, and feel the words that end up on paper and screen. Below is an overview of the writing process and how it differs from writer to writer.

My writing process has evolved to fit my changing schedule, lifestyle, and genre, including the tools I use to construct first drafts. Computers were just coming into schools when I started my education. So, the first papers that I wrote for school were written longhand with pencil on lined notebook paper.

It was only in the fourth or fifth grade that teachers began to require that we type up our papers on the computer. However, they still required us to submit our first drafts on pencil and paper.

Because of this training, I grew accustomed to writing everything into a notebook and then typing it up. I have filled at least 30 notebooks with journal entries, stories, poems, and notes over the last 30 years. Anything good enough to make it out of the notebook was then typed up on the computer.

This process doubles as a first revision since you edit what you are typing, and you tighten language and alter word choice onto the document versus what you have written on the page. In fact, this piece was handwritten. I like to use standard, 70 page notebooks or the marble composition books that you can get for a dime in late summer. It's fun to fight the elementary school kids for my favorite colors during the back to school sales.

I have never used a typewriter, though I know those are coming back as a popular writing tool, if only in the nostalgic sense. Others get super techy with writing programs and apps that they type or speak into their phones or computers.

Many famous authors had specific preferences in their writing tools. Here are a few below:

Do not interrupt a writer.

Time dictates my writing process. I, like many, have a full time job which takes up most of my weekdays. I typically write in the evenings after dinner when all of the day’s work is done.

Many writing books advise that you put your writing first. Leave the house a mess. Skip your shower. Don’t cook; eat out. Lock your kids in their rooms. That way, you have time to cram in more writing, but that’s not me.

I can’t comfortably write without a head full of my life’s to-do list. I need my work day to be done, my stomach full, my household chores completed, and my hygiene in check before I can start to write.

Still, writing is a skill that needs to be done consistently, and ideas don’t wait for you to be ready to write them down. So, I do not restrict my writing time to nighttime. Sometimes, you need to write whenever you have a spare moment. I have written early in the morning, during my lunch break, and in the middle of the night. If inspiration strikes and time is more limited than usual, I have to do it whenever I can.

Many famous authors were lucky enough to be able to choose any time of day to write. Others had other obligations like the rest of us and had to find time in their day to write.

Here are the schedules of some famous writers:

At what time of day do you typically write?

Sometimes getting in the mood to write means following a very specific routine. Motivation can be difficult. So, some writers warm up by following a regimen to let their bodies and minds tell them that it's time to write.

I can't say that I have any regimen or quirks, like wearing a specific type of clothing. I don’t have any superstitions or rituals that need to be done in order to write. However, like sports fans, some writers need a specific uniform, drink, place, or accessories required to begin their writing time.

Mort sleeping instead of writing.

Procrastination is the arch enemy of all writers. Even if I can’t wait to write and am bursting with ideas, I still get distracted quite easily.

Web searches, browsing my social media accounts, emailing, tabloid news, Buzzfeed quizzes, the colors of the sky as the sun sets, all of these unproductive distractions take away from my writing time, no matter how limited. I went through an era where I would get distracted playing game after game of Spider Solitaire. I'd play at least 10 games, though often more if I got close to winning.

Sometimes I’ll sit down to write only to suddenly get the urge to organize all of my bookshelves which means that all of the books have to come down, the shelves need to be wiped clean of dust, and then I have to put everything back in an entirely new order. I’ll decide that the furniture in my living room needs to be overturned and vacuumed out.

Maybe it’s time to clear out some old files on my computer or find a new wallpaper for my desktop. I haven’t listened to my 90’s pop music playlist on Youtube in awhile. It may be time to add some songs and remove the ones that have been deleted for copyright infringement. It may even be a good time to stare at a wall for 20 minutes. Before I know it, it's almost midnight, and I've made no writing progress. Procrastination is hard to control, and it’s something that we all do, no matter how much we love writing.

Here is how famous writers overcame procrastination and distraction to write their famous work.

Sometimes you have to escape from your life to focus on your writing.

The best places to write

We all have our favorite writing spots. I prefer sitting on my couch or at my desk with instrumental music playing.

However, I can write in most places. I don’t need complete silence, but writing in a room full of talking people can be very distracting.

I’ve been known to write in bed, in my car, on a grassy hill, at my parents’ kitchen table (where I wrote my first novel), at my old secretary desk (where I wrote almost all of my college papers, short stories, and poems), at the library, in a hotel room while on vacation, and by the lake while fishing (trying to take notes and watch a moving bobber should be a skill that I can put on my resume).

Below are where some famous writers constructed their famous pieces.

Sophie cannot write lyrics when she is upset.

Those who suffer from writer’s block may sometimes be blocked by their mood. If I'm trying to write a funny piece when I feel miserable, it can be impossible. If I’m trying to write fiction when all I want to jot down are my feelings, I know that it’s time to switch from writing prose to writing a journal entry. It’s still productive writing, and it beats staring at a blank screen or page because I'm forcing myself to write something that I just don’t feel like writing. Some writers are more able to live within their stories and characters, but I'm not one of them.

When I was a writing student, I, like all students, had to meet specific deadlines which dictated how much I wrote in a day. This carried over into my summers when I would discipline myself to sit and write until I felt like I had produced a decent amount of work, or at least something that I could develop into a polished, submittable piece.

I like to finish what I start, and it took me some time to commit to a novel because most stories and poems that I wrote had to be done in one sitting. I felt like it was the only way to ensure that I met my quota for the day and produce a large body of work. This was helpful in that it helped me to prepare for the next semester in school by having several drafts of stories and poems to workshop in class. However, I stopped giving myself deadlines and word counts once I was out of school.

These days, if I had to sit and force myself to write 1,000 words a day or commit a specific chunk of time to writing, it would make me hate writing. Any forced time or quota is not enjoyable; it’s work. If it's the end of the day and I haven't devoted any of it to writing, so be it.

I'm disciplined enough by now to know that I will pick it up again. Tomorrow, I may have the time, inspiration, and focus to write something better than anything I would have rushed to jot down just to say that I did some writing that day.

However, many writers do impose these restrictions on themselves. Here are some of them:

Some of my notebook collection

When I began writing novels, I realized that I need a visual image to match what is in my head. So, I began to take notes and print out pictures of people, places, and objects that match elements of the story that I’m writing. It has really helped to draw out diagrams of neighborhoods, look at a characters whose description matches my own, and create class schedules and calendars marking important events in a story.

It also helps with continuity and visualization, making my story more real to me. It’s something that I highly recommend.

An old desk used by a Disney animator.

Your writing rituals are your own

In the end, no one’s advice concerning the writing process is universally helpful. Any tools, rituals, and methods are something that have to be shaped by each writer.

So, while I relish advice given on how to write, I no longer take it to be the only advice or option there is. As you can see from the many different methods of famous writers, there is no right or wrong way to write. Your process is an extension of yourself, and if you ever become famous, you can share your quirky styles with the world for their amusement and inspiration.

What are your writing rituals? Which writers’ rituals are your favorite? Leave a comment below!

Buy a copy of The Scene book. I always love to refer to the examples in this book when I feel blocked. 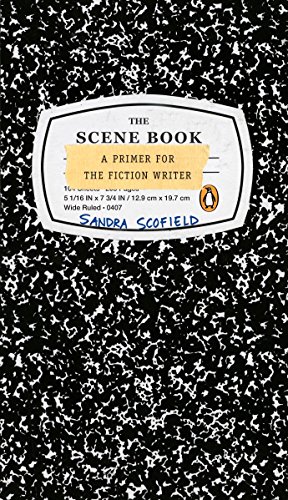 The Scene Book: A Primer for the Fiction Writer
Buy Now