Note: While some links are provided below the text for this hub for the reading material referenced, I also recommend a hike to the bookstore or nearest library to actually rest on your sofa with these good reads from books. This historical written material is incredible and fascinating.

The themes of love can be traced through the efforts of Geoffrey Chaucer and his Wife of Bath in which the player within the poem asserts her position on the topic. Also, Edmund Spenser and his Faerie Queene has love written up and down therein, which ends on a good note with King Arthur and Una coming to the rescue of the Red Knight. There are indirect correlations with the characters of the poem versus the people who exist in real life which to some degree are expressions of love for the author's personal belief system. In Shakespeare's Sonnet No. 116, he makes an earnest attempt to define love as he writes about romantic love even though it may seem idealistic. Shakespeare defines love in his sonnets by his very passion to write and the passion in itself is a form of love. John Donne wrote metaphysical love poems. The Sun Rising is interesting once one makes an honest attempt to decipher the message in regard to the power of love. Donne's Valediction-Forbidding Mourning is about spiritual love.

We could begin with the Faerie Queene and the heroic stance of King Arthur's role. It is interesting to learn and to speculate how so many writers since the time of Homer have patterned some of their writings after his, and how an amount of pieces involve regaining one's kingdom, or bring peace back to it. Also, to see how these authors were politically persuaded and pieced together allegorically their views on their present day king or queen. It's interesting to compare Odysseus' journey to that of the Red Knight's. Shakespeare places great emphasis on kingship within a good amount of his plays. Certainly, the Red Knight possessed the personality of what a good king might have. The same holds true for Beowulf because he had the character and strength and courage which represent the good qualities that a king should have, and that is why it was a right thing for Beowulf to be a king for as long as he was. 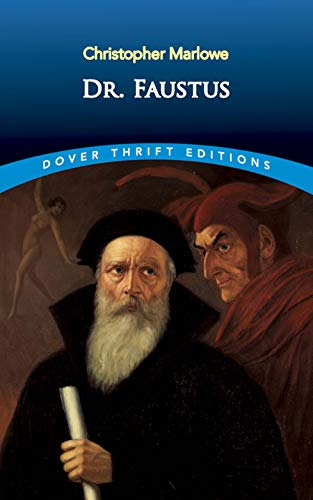 Themes of honor can go as far back as Beowulf with the character's endeavor to uphold his values and principal beliefs in being protector. In the ensuing battle with the dragon that ultimately ended the life of Beowulf, it can be stated there was a certain amount of honor deployed by Wiglaf in coming to aid and assist Beowulf. In the Faerie Queene, honor is stated in the deeds performed by the Red Knight. Beowulf and the Red Knight were both held up which is indicative of being honored. Even the way the Wife of Bath eventually came to see her last husband was form of honor. Christopher Marlowe's Dr. Faustus seems to exemplify evil honor, or at least, it's certainly displaced. While Alexander Pope's The Rape of the Lock had the design to mimic epic poetry, it can be viewed as a ludicrous stance on the honor that is presented to materialism. Daniel Defoe's Moll Flanders had a sense of honor in being true to who she was in her attemps to recognize when she was performing an act that she knew was wrong. She, nevertheless, recognized the act as being unjust, but of necessity in order to survivek, so in my view, while she may have had displaced values and principles, allowances can be made. Regardless of the fact that she had children here and there, she displayed a form of honor with her intentions of taking care of them as best as she financially could.

"The Wife of Bath's Prologue and Tale"