Novels To Read When Visiting Hong Kong and China

I fell in love with Florence at the age of 10 and have travelled widely since, but somehow I always return to this most magical of cities.

These novels are just a starting guide for what to read when visiting Hong Kong, or if your trip extends to the mainland. This eclectic city has inspired numerous novels and many are steeped in the history of China, from the time of its ancient kingdoms to its contact with the West. The modern visitor is spoilt for literary choice, with far more works than could be possibly be read in one visit.

The Romance Of The Three Kingdoms

Opening of The Romance Of The Three Kingdoms.

The Romance Of The Three Kingdoms is one of the great works of Chinese literature and as such is essential reading for any visitor with a taste for history. Combining Classical Chinese with the veneacular, the novel had a significant influence on both Chinese and Asian literature.

Many of the characters (and there are over 1000) are historical figures. The work is a mixture of history, legend and myth, dealing not only with the politics of these three power blocks, but also exploring the role of intrigue, duty and loyalty from the highest levels of power down to personal romances.

Varying from a broad brushstroke to fine detail, The Romance Of The Three Kingdoms is more than a historical drama. It explores the Chinese cyclical view of history, and reflects those Confucian values so important at the time the novel was written. Although dealing with a time nearly 2000 years ago, it remains a great introduction to Chinese history and culture for anyone visiting Hong Kong.

Through three interwoven stories, John Lanchester's Fragrant Harbour follows the change in Hong Kong from the time in 1935 when fragrant perfumes still drifted out to sea to greet incoming ships, to its birth as a modern economic miracle (with a slightly more heady aroma).

Through the eyes of the three narrators, we see the history of the island for most of the 20th century. Fragrant Harbour can virtually used as guide book, for is impossible not to walk the streets and see what has been written in the novel: to lament the disappearance of the old airport with its dramatic descent of the planes so close to the buildings one felt they could almost be touched, the smell of the water when on the Star Ferry, taking the view from The Peak then walking around the mountain, becoming lost in the overgrowth.

There is the invasion by the Japanese in WWII with the establishment of a concentration camp at Stanley, followed by the unrest and riots of the 1960s. There is even reference to the notorious Mong Kok apartments, some of which can still be seen at Shek Kip Mei Estate. Mong Kok remains the mostly densely populated area on earth, and at the time many people simply disappeared when they entered the main door of this building.

By the end of the novel Hong Kong has become what visitors now see: an economic powerhouse. Yet Lanchester explores the intricate finance deals between Hong Kong and the mainland, the role of the triads, and importance of family ties and honour. Most of all, it is a tribute to the people and history of an island the authour so obviously loves. 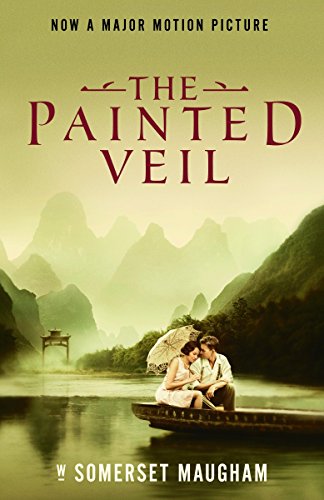 Lift not the painted veil which those who live / Call Life

Writing by Somerset Maugham in 1925, he originally set The Painted Veil in Tching-Yen for legal reasons, anyone who has visited Hong Kong will immediately recognise the streets and buildings he so loving describes. (The name was used in all later publications of the novel).

Opening in England, the novel follows the spiritual and emotional awaking of Kitty. After making a desperate marriage to Walter Fane, she accompanies her husband to Hong Kong, where he works as a bacteriologist. Kitty enters the world of the expats, and begins an affair with Charles Townsend, the Assistant Colonial Secretary.

The dual world of Hong Kong is brilliantly captured; the wealth of the expats with their homes in Happy Valley, The Midlands and The Peak, with their life of tennis and country clubs and endless parties, as well as the business district of Central. Then there is the Hong Kong of the Chinese, a world removed from the one Kitty inhabits. This becomes more apparent when she accompanies her husband to a cholera infected province of China. In contrast to our world of modern travel and instant information, reaching the province takes days of travel, with Kitty often carried by pole-bearers. She never walks.

Cholera was a major killer at the time, and the word Kitty enters is ravaged by the disease. It is ruled by a War Lord, the land is barren, and the dying are everywhere. The poverty of the peasants is palpable, and it is a group of French nuns who care for the dying. Yet Kitty can also see the beauty of the land, although it harbours so much death, and when she returns to Hong Kong a reluctant heroine, she realises how shallow she was in accepting that expat world.

Some Other Reading Suggestions

Around the World in 80 Days
Buy Now

Around The World In Eighty Days

The Carnatic was announced to leave Hong Kong at five the next morning. Mr. Fogg had sixteen hours in which to attend to his business there, which was to deposit Aouda safely with her wealthy relative.

Published in 1873, Jules Verne’s classic tale of adventure covers many countries as Phileas Fogg attempts to circumnavigate the globe in 80 dyas, for a 20,000 pound wager. In his time in Hong Kong, Phileas Fogg gets a true taste of the city. His valet is amazed by the port with its sailors form a multitutde of countries and its ‘confused mass of ships of all nations’. A dutch man-of-war mixes with sampans and junks.

Complete with a visit to an opium den, Vernes work shows the vibrancy of this growing city, and also its exotic flavour. He wrote at a time when it seemed the unknown parts of the world were open to discovery - and exploitation - and the seas were filled with adventurers ready to make their fortune. The work is also interesting in reflecting the viewpoint of the time, reflecting English suprenmacy at all places thay visit.

From Hong Kong, Fogg sails to Shanghai. Verne is accurate in his description of the port and its treacherous waters and winds - which can still prove treacherous to modern boating traffic. Around the World In Eighty Days remains one of Vernes most enduring works.