What was the Definition of Faithful in 1200 BC

If faithful means "maintaining allegiance to someone or something" as defined by Funk and Wagnall, then there can be no doubt that Odysseus was faithful to his country. His faithfulness to his wife, however, would have to be scrutinized in much greater detail. We need to look at what, if any, obligations were expected of the man in a marriage taking place in the twelfth century B.C. If the obligations can be defined, then, did Odysseus honor these obligations to his wife, or is he the cad he has been cast as by numerous sources. It is possible , that even after a twenty year absence from his home and family, that Odysseus can be considered as faithful a husband as custom and circumstance allowed.

The marriage contracts of this time period seemed to indicate that the wife becomes the property of the husband, to be returned if she does not fulfill her duties . The fact that her own son, Telemachos, spoke of sending Penelope back to her father's house so that she could choose a new husband seems to confirm the contract of marriage and property.

Antinoos tells Telemachos to "send your mother back, and instruct her to be married to any man her father desires and who pleases her also" (ii 113-114). Telemachos refuses out of loyalty to his mother and fear of repercussions from the gods. The opinion seems to be that this is the right of Telemachos. The home of Odysseus would automatically go to his son, and this he does not deny. Penelope would be welcome only as long as she remained faithful to his memory in every way.

These contracts did not speak of fidelity, although customs did dictate that the wife must be
faithful and that the husband need not be. It was not uncommon for the husband to lay with other women even under the same roof as his wife, with her knowledge. Odysseus' extramarital affairs would not have been unusual for those times.

In summary, fidelity would not be a factor in 1200 B.C. for Odysseus, but the opposite would hold true for Penelope .

In the beginning of The Iliad, Agamemnon speaks about the women that he, Aias, and Odysseus have taken for a prize in another war, (i 155-163). In The Odyssey, Odysseus first slept with Circe to save his men who had been turned into pigs. He spent the next year under the spell of Circe, which was not broken until after his visit to the underworld. He then spent seven years in bed with Kalypso. Although some of this time he spent crying and wishing for home, it also mentions that it was after he had grown tired of her. It does not tell us if this is after one day or six years. Only in our romantic dreams can we hope that Odysseus wanted to return from the start. We do know that Kalypso offered him immortality if he stayed with her, and he chose death instead. It was only through the intervention of Athene that he was let go. 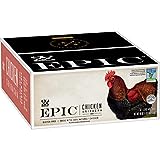 Cause of the 10 Year War

Odysseus did not want to leave his wife and newborn son to fight this war. It was not that he was a coward. He was a member of the Achaian army. The cause of the war did not seem to him to be a just enough reason to fight, and to leave his happy home.

The circumstance that caused the war, Helen leaving her country and her family for another man, was scandalous and inconceivable. Odysseus feigned madness and only by the threat of his son's life did he agree to go. Part of the reason must have been that loyalty to his family came before loyalty to an adulterous Helen.

The fact that the war took ten years was not uncommon. Our own wars seem to last at least that long. Unfortunately, he did not have the benefit of telephone or internet so communication was unlikely. It was also expected that he would stay until either the war ended, or his life did. Odysseus, like our own Hagar the Horrible, made his fortune and livelihood from the spoils of war. Long absences were expected and tolerated.

Now we come to the truly controversial question. Why did Odysseus take so long to come home? It surely did not take so long to get to Troy, yet the trip home lasted almost ten years. Odysseus seemed to be in the hands of the gods for all this time. He was a favorite pawn in a long game, and only when it seemed that he would lose his home in Ithaka, was he finally released. We are told in the beginning of The Odyssey, that Zeus "devised a sorry homecoming for the Argives, since not all were considerate and righteous" (iii 132-133). Poseidon keeps Odysseus from coming home out of anger, and Kalypso keeps his homecoming from Odysseus out of lust, yet we are told over and over of the faithfulness of Odysseus in his desire to go home. We are told right away in book one "This one alone, longing for his wife and his homecoming" (i 11). The entire epic is about the trials and struggles of Odysseus trying to get home.

The major theme in The Odyssey seems to be about family, and knowing this fact, perhaps the question of faithfulness is answered. According to Stephen Tracy, the Greeks believed that "knowledge of one's father becomes ultimately self-knowledge; " (p 4). If this is so, then Telemachos shows his loyalty and faithfulness time and again in the epic. Penelope shows her love by waiting for Odysseus for twenty years, and confirms this faithfulness by showing Odysseus the unused bed that he made for her. Even Odysseus' dog waits to die until he lays eyes on his loving master . Perhaps the faithfulness of Odysseus can not only be judged by his actions, but by those of his loyal family. As we see, Odysseus did keep in his marriage contract of what he vowed, as his only true faithfulness was in his heart, which was all that Penelope expected in the homecoming. 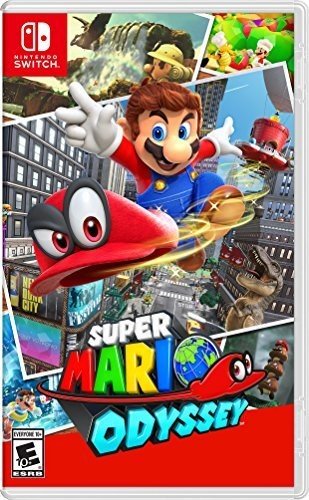