Maybe we are just dull. Maybe our mediocre medicinal milieu simply makes us an impossible profession for even the most proficient pen to portray pleasingly. The poor pharmacist! For many years America's most trusted profession, but sadly so under represented (or shamefully represented) in the great literary works. Think of your favorite book, that Cozy Classic you warm up to on winter nights. I'll bet you bucks to bookmarks, within its weathered pages, you will find a prominent place for a Doctor or a Lawyer, a Salesman or a Sailor. Your Protagonist may be a Policeman or a Parson, a Deviant youth or a Delirious Knight. From Astrologers to Zoo Keepers, these paper people come alive in literature from nearly every society and station. But where are the pharmacists? Our bookshelves are filled with Swordsmen, Sportsmen and Scientists; Kings, Culinarians and Cab Drivers. But alas, the great works of literature all appear to be well vaccinated against the infectious intrusion of the apothecary and his (apparently) uninteresting profession.

Maybe this comment on the early image of the "pharmacist" from an 1895 entry in the "Pharmaceutical Journal" might explain our rare appearance in literature:

"You are all familiar in one way or another with the apothecary of the last century. A gloomy little man in a gloomy little shop with a gloomy little helper. What mystery there was surrounding every step! His weird work with flame and flask mortar pestle and still!"

With a description like that...no wonder so few druggists have made their way into Classics!

I wish to devote this Hub to the Few and Forgotten Pharmacists who have, against all odds, made their way into the fictional works of Literature.

I WILL BEGIN WITH THE OLDER WORKS AND MOVE TOWARD THE NEWER:

ROMEO AND JULIET BY WILLIAM SHAKESPEARE

Not an especially flattering portrayal! In this Shakespeare classic, Romeo approaches the impoverished apothecary to purchase the poison needed to secure his own demise. "Ho! Apothecary" he calls. The druggist admits to having such lethal potions, and reluctantly consents to dispense them saying "Such mortal drugs I have, but Mantua's law is death to any that utters them."

In spite of laws forbidding such unethical prescriptions, this desperate pharmacist gives Romeo the poison he requests. "My poverty, but not my will, consents."

Okay..not our finest moment in Literature. Just imagine if Shakespeare had allowed the pharmacist to dispense Romeo a placebo instead! He would have been the hero! But no, he gives him the poison, and becomes a willing accomplice to Romeo's tragic death.

Romeo's life ends with him saying "O true Apothecary! Thy drugs are quick. Thus with a kiss I die."

I could find very little out about this play. But a 2006 article in the British Journal of General Practice gave this description of it:

"Written in 1697, the piece highlights the greed and dishonesty prevalent among London apothecaries of the era, while at the same time showing the audience something of the hypocrisy and arrogance of contemporary physicians"

In another resource, a work entitled "A book about doctors," by John Cordy Jeaffreson, describes this play with these words: "its object was to hold up physicians as models of learning and probity, and to expose the extortionate practices of the apothecaries."

One begins to wonder about the possibility of a literary combine of sorts, secretly plotting together for the demise of the pharmaceutical profession!

PRIDE AND PREJUDICE BY JANE AUSTEN

In this classic novel by Jane Austen, the apothecary (Mr. Jones), is called to the aid of Jane Bennet. His role is brief, hardly mentioned in fact. But even in this brief appearance his art seems to fall into a bit of a shadow as the sisters are convinced that "no country advice could be of any service (Chapter 8)."

Here is the context of his advice:

"The apothecary came, and having examined his patient, said, as might be supposed, that she had caught a violent cold, and that they must endeavour to get the better of it; advised her to return to bed, and promised her some draughts."

"Draughts" by the way means a "dose of liquid medicine."

Once again, it would appear, we find our doleful druggist a somewhat disregarded soul, surely the victim of some unspoken literary prejudice against our profession. 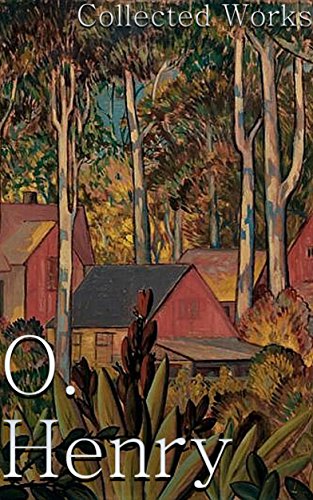 THE LOVE-PHILTRE OF IKEY SCHOENSTEIN BY O. HENRY

Once again the pharmacist in this short-story by O. Henry (himself a pharmacist before turning author) comes off in a poor light. The clever tale begins, however, with a witty description of the pharmacist:

"The druggist is a counselor, a confessor, an adviser, an able and willing missionary and mentor whose learning is respected, whose occult wisdom is venerated, and whose medicine is often poured, untasted, into the gutter."

But as the story unfolds, Ikey (the pharmacist) is exposed as a jealous friend who seeks to undermine the efforts of his comrade to marry the girl of his dreams. He connives a devious and deadly plan to eliminate this competitor for the female he fancies. Ultimately, however, his efforts fail. Down go all of Ikey's hopes for marrying his secret love, and down again goes the reputation of our humble profession as pharmacists.

Written: From the Spoon River Anthology, published in 1916

This brief poem mentions a pharmacist (the 'chemist'), and alludes to the dangers and uncertainties involved in mixing chemicals, comparing the compounding art to marriage and its potentials for disaster. Edgar Lee Masters (1868-1950) was an American poet and biographer. Himself twice married, one has to wonder if the poem has a bit of a biographical element as well.

Here is the poem:

Only the chemist can tell, and not always the chemist,
What will result from compounding
Fluids or solids.
And who can tell
How men and women will interact
On each other, or what children will result?
There were Benjamin Pantier and his wife,
Good in themselves, but evil toward each other:
He oxygen, she hydrogen,
Their son, a devastating fire.
I Trainor, the druggist, a mixer of chemicals,
Killed while making an experiment,
Lived unwedded

I have not read The Haunted Bookshop, but it is now on my short-list of books to buy. The pharmacist appears to have a more prominent, if not more pleasant, place in this work of fiction. Christopher Morley (1890-1957) was an American journalist, novelist and poet. He was an Oxford graduate, Rhodes scholar, married and father of 4 children, and lived most of his adult life in Roslyn Estates, New York.

Here is a brief description of the Apothecary as he is introducted in Morley's novel:

"Mr. Weintraub entered the shop, a solid Teutonic person with discoloured pouches under his eyes and a face that was a potent argument for prohibition."

Though he doesn't come off with a comely appearance, at least this pharmacist seems committed to excellence within his profession. When asked about smoking, Weintraub responded "Me? I never smoke. I must have steady nerves in my profession. Apothecaries who smoke make up bad prescriptions."

This book, by the way, is in the public domain and may be read online.

ANY MORE PHARMACISTS IN LITERATURE?

I am sure there have been many more pharmacists in some of the great works of fiction.  Some of my careful and more cultured readers will likely point out not a few embarrassing omissions on my part. Please feel free to add any titles to this list that you can recall. And maybe, just maybe, some author out there will read this and be motivated to put a more positive spin on this profession that has received so much ill-fated attention in literary history.