Contact Author
4 stars for The Battle for Paradise: Surfing, Tuna, and One Town's Q 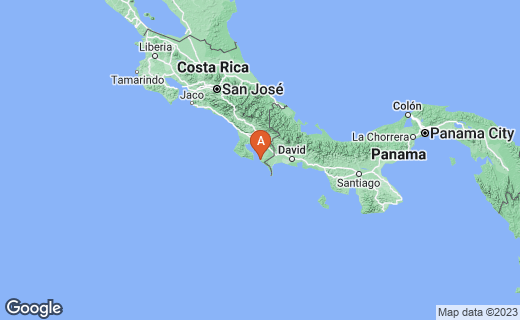 The Battle for Paradise: Surfing, Tuna, and One Town's Quest to Save a Wave; JEREMY EVANS

(Note: This is from a pre-publication galley sent to me by University of Nebraska Press in consideration for my honest review.)

The Battle for Paradise: Surfing, Tuna, and One Town's Quest to Save a Wave is an in-depth look at the evolution and subsequent devolution of Pavones, an isolated town on the far southern Pacific coast of Costa Rica. The roughly scattered population of approximately 2000 consists of the native Guaymi, Ticos (Costa Ricans) who migrated from nearby Golfito over the last century, along with more and more expatriate gringos in search of undiscovered country. Some came with dreams of development, others with dreams of an idyllic escape from civilization.

Pavones is home to one of the longest surf swells in ther world. When conditions are just right, with swells from the due south, a surfer can ride the wave for nearly a mile. Surfers flock there from all over the world. But the ocean can also glass over for days, even weeks at a time. For many years, surfers would hang out in town waiting for the next big wave. Now, with weather technology pinpointing the time and direction of expected swells, the beaches and lodgings can fill or empty virtually overnight from an updated current report. Feast or famine at the whim of mother nature. It's a town that didn't have electricity until 1995, nor telephones until a decade later, and a population with nearly 35% living under the poverty line of $45 a month. The "discovery" of Pavones, along with the Costa Rican law that allows people to claim idle land in as little as a year if they begin to develop it, led to both a glut of contested and fraudulent land titles, and an extended period of violent and even deadly "squatter wars." Pavones has been described as "a peaceful town, except when it's not."

The meat of the story is about the long court battle over a proposed installation of the world's first yellowfin tuna fish farm 10 miles down the coast from the town. An area even more remote than Pavones. The lawsuit cited interference with protected sea turtle nesting, the spread of pollution from tuna excrement, negative effects on local fishing, and probably most important in the long run, the possible alteration of the sea currents in and around Pavones. If the sea swells changed, the rare waves could become a thing of the past. Eventually, elements of the $7 billion dollar annual revenue surfing industry aided the underfunded environmental group Pretoma and cash poor locals vs the multinational Granjas Atuners. Evans gives a fair and detailed account of the complexities of the issue being argued. David eventually beat Goliath, keeping the pristine coast clear.

Dan Fowlie is the heart of the story. Born into a privileged Minnesota family in 1933, he moved to Pacific Beach, California at the age of eight. There began his love of surfing and the sea. Just a young teen when he inherited a good portion of his father's fortune, Fowlie had always shown that he was a born entrepreneur. He soon made his own, legitimate fortune. Though a middling surfer, his wealth and charm made him quite popular with the sport's biggest names. He was a congenial host for many years.

Fowlie first heard about Pavones from an employee in the mid-'60's. Kenny Easton described his discovery of the paradise while doing jungle grunt work near the Costa Rican Coast. He told of body surfing the endless sets of 6' to 8' waves in front of a small, undeveloped fishing village. Fowlie kept that information for the future. He later sold a business for $3 million dollars. His main business then became large scale marijuana distribution in California. Flush with cash, he made the Pavones trip in 1974. He immediately went all in, tracking down the owner of the only cleared land he could see from the air and buying the 250-acre property for $30,000. He eventually bought the entire surf coastline, 3,700 acres over 15 miles, for a half million dollars. He then built up the village, laid roads and restored the surrounded forest, planting tens of thousands of trees. He put everyone to work. He also built his own sprawling estate, where the world's greatest surfers, along with chosen writers and photographers partied and played after being flown in by their host. The only rule for the guests was that the location was to be kept secret. As Fowlie was a man known not to mess with, the secret stayed safe for his eleven-year run as the "jefe" of Pavones.

The Fowlie success story turns sour when the law comes after him in 1985. After six years of fighting extradition in Mexico, he was sentenced to thirty years in prison in 1991. The author gives a fascinating account of Fowlies journey. As of 2011, after serving eighteen years, the aged Fowlie was destitute, living in a garage near the ocean in Cabo San Lucas, Mexico, without a refrigerator, properly functioning toilet, or even toilet paper. Yet to return to Pavones since '85, he still plans on winning his land back in due time. Fowlie, for all his serious faults, is an extraordinary and unforgetable man. His story is the plum in this pie.

The Battle for Paradise in many ways suggests Milton's Paradise Lost, the epic poem on the Fall of Man, Satan's challenge to God, and the exile of Adam and Eve from Eden.