Petrarch and his sonnets

The one person given both the monikers, "father of Humanism" and "father of the Renaissance," by historians is none other than Franceso Petrarca (or Petrarch in English) Petrarch was an Italian writer who gave us the lyrical poem, the sonnet, as we know it today. And even though he was a Catholic priest for part of his life, he also turned to the secular world for inspiration and writing. He believed God had given humans the intellectual and creative potential to be used to the fullest. He inspired humanists' philosphy which lead to the intellectual flowering of the Renaissance. He felt ancient history and literature allowed for the study of human thought and action. And, even though he was a devout Catholic,he did not see a conflict between realizing humanity's potential as a whole and having religious faith.

Petrarch also added his own writings to posterity and he became a model for lyrical poetry written throughout Europe during the Renaissance.

The sonnet represents a major lyrical poetric form of artistic expressiveness. It had its origins in Italy around 1235 AD as early Italian writers experiemented with patterns. But it was Francesco Petrarch that solidifed the sonnet's structure as we know it today.

The Petrarchan sonnet consists of two parts: an octave and a sestet. The octave has two quatrains (four lines each) and the sestet is made up of two tercets (three lines each). In the poem, the octave pesents and idea and the sestet gives the ending or conclusion. The rhyme scheme for the Petrarch octave is ABBA, ABBA and for the sestet is CDE, CDE or CDC, CDC.

Petrarch wrote a total of 366 sonnets in his work il Canzione (Song Book). The sonnets were written between 1327-1374 and are divided into two sections: #1-263 and #263-366. Sonnets are more significant when they are read in the order that the poet places them in, rather than reading them at random. They become a "unity within a larger unity."

The beginnings of the sequence usually "introduce the characters, plot and theme." The goal of the Italian sonnet sequence is to win the beloved, but Petrarch can only do that if he declares his passion, celebrates his beloved and writtes poetry to please her.

Petrarch treated his sonnets like a work of art moving and rearranging his sequences of sonnets. There is a triple focus on all sonnet sequences as put forth in Petrarch's sonnets:

The total structure of il Canzione is that section one makes a concrete relationship between the poet and the beloved and section two, which is shorter, brings about some sort of change in the relationship and the two members involved in it. In Petrarch's case, the change is the death of his beloved. Ending his sequence was difficult for Petrarch because the goal of winning his beloved is not achieved. From here, Petrarch's writings took on a religious theme.

Who was the object of Petrarch's love and quest? First, I must mention that on Good Friday in 1327, Petrarch gave up his vocation as a priest. Shortly after this event, Petrarch saw a woman in the Church of Saint-Claire d' Avignon, and she awoke in him a lasting passion; one that lasted until Petrarch's death. She is believed to have been Laura de Noves, the wife of Count Hugues de Sade. Petrarch has described her as "lovely to look at, fair-haired, with a modest and dignified bearing."

In reality they had little or no personal contact and she refused Petrarch's affections because she was married. Therefore, Petrarch channeled his feelings into love poems. So, in il Canzione, all the sonnets are written to and about "Laura."

Her death in 1348, caused Petrarch "a grief that was as difficult to live with as his former despair of not attaining her." Her presence caused him great joy, but his unrequited love created unendurable desires and inner conflicts. Petrarch was the ardent lover, and because of his former vocation as a priest, a mystic Christian. It was impossible for him to reconcile the two and his quest for love was a hopeless, endless agony. Laura was unreachable and unattainable in his sonnets.

Petrarch's other conflict was that even though Laura was his muse and the subject of his Song Book, his love for her also equaled his love for writing. In Sonnet 23, Petrarch's subject is that of Ovid's Metamorphoses, from the classics, and is his nod to Ovid's legacy in writing.

Petrarch strove to be a great writer on the level of the classics and his one of his lasting legacys is his solidifying of the sonnet as a form of lyric poety for all of posterity. Of course, he influenced greatly Willliam Shakepseare and Edmund Spenser during the English Renaissance, who wrote sonnets and created their own rhyme schemes and styles for them. All three men made great contributions to literature.

In what bright realm, what sphere of radient thought

Did Nature find the model whence she drew

That delicate dazzling image where we view

Here on this earth what she in heaven wrought?

What fountain-haunting nymph, what dryad, sought

In groves, such golden tresses ever threw

Upon the gust? What heart such virtues knew?

Though her chief virtue with my death is frought,

He looks in vain for heavenly beauty, he

Who never looked upon her perfect eyes,

He does not know how Love yields and denies;

He only knows, who knows how sweetly she

Can talk and laugh, the sweetness of her sighs.

In this sonnet Petrarch poses a series of questions in the octave of admiration of a beloved and in the sestet he laments that he has not experienced love. He describes Laura as delicate and dazzling and with golden tresses. But, He has not had the chance to look into her deep blue orbs.(eyes) He only knows the surface beauty of her sweet talk and laugh and the sweetness of her sighs. But he does not know her deeply in a deep, intimate and loving manner.

This is why Petrarch has been called "the father of the Renaissance". He truly began this flowering in writing and literature in Italy that eventually spread throughout the Renaissance and Europe. 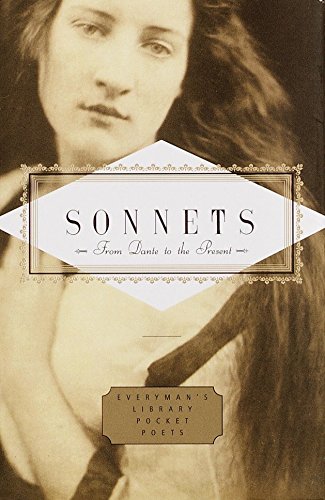 My Secret Book (The I Tatti Renaissance Library)
Buy Now