As you look over the landscape of Connacht, Ireland you may hear in the distance the clash of swords and battle axes, the shouts of warriors as they fight and die, and the chariot charging in with Queen Maeve (Anglicized) or Medb (Old Irish) yelling the battle cry. You would be hearing the intoxicating power of warrior Queen Maeve of Ireland.

She was a passionate Queen whose warriors fought passionately for her. They were willing to die for her cause because of her intoxicating beauty, passion, and strength.

They are the ghosts of long ago that inhabit the rich Irish history and lore. They tell the story of the fierce Celtic people that early ruled the island of Eire or Ireland, as we know it today. And, Queen Maeve was the most revered and written about queen in Irish history.

Her Old Irish name of Medb meant "mead"a popular beverage in Old Irish days, so Maeve became known as "she who intoxicates." And a marriage between a king and queen certainly would involve a shared drink.

And, it is Queen Maeve, seen upper right, that sat imperially on the throne of Connacht, Ireland, with her direct eye piercing gaze. Was she the true Warrior Irish Queen or was she just a myth, a goddess of Irish lore?

The stories of Queen Maeve are some of the most powerful ones in Irish literature and she has been described by poets and scholars as the image of woman's power and sexuality. She had many husbands and lovers and ruled for many years.

Was she the Priestess of a sovereignty Goddess who rose to power or simply an enchanting Irish story put together and verbally handed down generation after generation until her story was finally written? Is she historical accuracy or Irish myth?

The most widely read and famous story of her exploits is the Tain Bo Cuailng, or known today as the Cattle Raid of Cooley, which was written in the Ulster cycle of Irish literature. The story is epic prose of the war against Ulster by Queen Maeve and her husband, King Ailill. The action takes place in the first century AD in the pre-Christian heroic age of the Celts or Gaels as they were known in Ireland.

The first written evidence of Queen Maeve is in Old Irish manuscripts, copied by the monks in the the 8th century during the days of ancient Eire, (Ireland) when the High Kings ruled the land.

Historians throughout history have looked at these stories of Queen Maeve as reminiscent of classical Celt society in Gaul, Galatia, and Britain and they contain authentic Celtic traditions from the Iron Age. So the stories do contain genuinely ancient material.

Therefore, the story of Queen Maeve does reveal the Celtic nations' societal rule that women's rights equaled those of men and that Celtic women were able to own property and held powerful positions within society. Also, Celtic women were not bound by the confines of monogamy even within marriage.

Queen Maeve was infamous for her beauty and sexual prowess and she had an array of lovers, most of whom were the officers in her armies, thereby, insuring the loyalty of her troops.

It is written that her bravest warriors were granted sexual favors so the men fought hard and courageously on the battlefield for a chance to enjoy Queen Maeve's "willing thighs." And that is exactly how it is written on the Old Irish version of her stories. 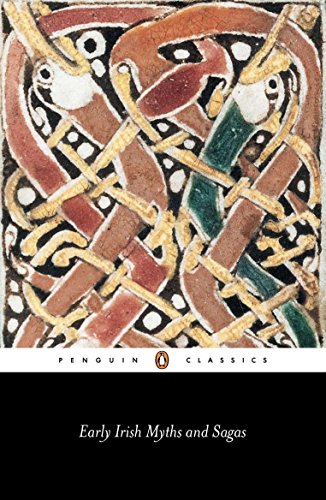 the Cattle Raid of Cooley

She had many lovers and husbands over the years, but the husband written about in the Ulster cycle is Ailill mac Mata. He becomes her King Consort and only has power to rule because of his marriage to Maeve.

Now, Celtic culture had it that in marriage, whoever came into the marriage with the most wealth dominated the marriage and ruled the household whether it was the man or the woman. So, the Cattle Raid of Cooley actually started in bed!

After a session of passionate and strenuous lovemaking, Maeve and Aillil were laying in bed and began talking of their individual wealth. They both were comparing the property they owned, the amount of money they owned, the jewels they owned and they found that they were on equal terms. But, Ailill had one thing that Maeve did not have and that was a prize stud bull.

Therefore, Ailill claimed he dominated the marriage. Maeve, the competitive woman she was, and along with her her pride, would not allow Ailill to dominate the marriage and be ruler of their household. She had to find a prize stud bull of her own to have equal wealth with her husband.

She looked all over her lands of Connacht, but there was no stud bull to be found. The only rival to Ailill's bull was a bull that belonged to Daire mac Fiochna and he lived in Ulster.

Maeve, furious that she could not obtain the bull decided to kidnap or steal the bull from mac Fiochna. She raised and army and prepared for war against all Ulstermen. Because of a strange divine curse on the Ulsterman, her invasion was only opposed by the teenage Ulster hero, Cu Chulainn, who held up the army's advance by demanding single combat with Maeve at the fords.

Next, Maeve and Ailill (for some unknown reason he helped Maeve in her raid) offered their only daughter, Findabar, in marriage to a series of her warrior heroes as payment for fighting Cu Chulainn, but they all were defeated by Cu Chulainn.

Maeve had several battle encounters with Chu Chulainn in which he killed her pets or hand maidens. By this time Maeve was furious. The Ulster warrior, Chu Chulainn, does defeat Queen Maeve and King Ailill in a bloody battle on the lands of Connacht. At the end of the battle the lands were flooded in blood and the dead bodies of many of Maeve's warriors covered her lands far and wide.

Maeve's anger only intensified. So, Maeve raided the lands of mac Fiochna and obtained the bull, Donn Cuailnge, by herself. The bull was brought back to Connacht to fight Ailill's bull. Donn Cuailnge bested Ailill's bull and killed it but then died of its own wounds.

Thus, is the story of the Cattle Raid of Cooley and Maeve's and Ailill's household was equal at last.

In your opinion, is Maeve a true Irish Queen or myth and legend?

Now that the household of Queen Maeve and King Ailill was on equal terms, life returned to normal in Connacht. Both Maeve and Ailill took lovers, but out of jealousy, each had each other's lover killed.

Maeve finally took control and had Ailill killed while en flagrante with a lover. Maeve lived to be quite old, but was finally killed by her sister's son, Furbaide, in revenge for Maeve having killed his mother years ago.

According to history or legend, Maeve is buried in the stone cairn on the summit of Knocknarea Mountain in County Sligo. There she is buried standing upright facing her enemies of Ulster. I find it interesting that her tomb has never been opened.

Her home in Rathcroghan, County Roscommon is also a potential burial site. There is a slab/tombstone named "Misgaun Medb" and is believed today to be the most likely location of her burial.

It is said if you climb Knocknarea Mountain which overlooks Sligo town between it and the sea to visit the stone cairn and Maeve's tomb, that if you take a good sized stone to leave on top of the cairn you will receive good luck. If you take a stone away from the cairn back down the hill, you will experience bad luck. Queen Maeve still rules!

Although there is historical fact in the stories of Queen Maeve, we also know that the Celts loved embellishing their tales with drama and magic. In legend, supernatural powers were attributed to Maeve.

So was Maeve a mortal woman who was exalted to the status of Goddess or was she a Goddess whose story was watered down over the years making her a mere mortal? Or could it be both?

Since the Celts did not keep written records of their history and legends, we will never know for certain.

So, what does the legend/history of Queen Maeve mean to us? Maeve, is the intoxicating power of passion; the passion we feel in love, desire and sex as well as in anger and in battle.

Perhaps there really is only a thin line between love and hate and sex and violence as Queen Maeve and her exploits illustrate.