In Tolkien's fantasy world of Middle-earth, good things tend to come in threes. Except when there's three threes, of course.

Tolkien has a mythological approach to races, dividing some of them — Men, Elves, Hobbits — into three subgroups, which like ethnic groups tend to live in different areas and develop different cultures and physical characteristics.

For each race, these three subgroups tend to follow a pattern: "High, Middle, Low." By the Third Age, there's been some intermarriage, making important people like Aragorn, Elrond and Frodo a mixture of "High" and "Middle." 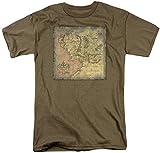 Races of Men in Middle-earth

Faramir, who is a fundamentally decent and wise fellow in the books, sums up the groups of Men as follows:

'For so we reckon Men in our lore, calling them the High, or Men of the West, which were Númenoreans; and the Middle Peoples, Men of the Twilight, such as are the Rohirrim and their kin that dwell still far in the North; and the Wild, the Men of Darkness.' ("The Window on the West," The Two Towers)

These divisions can be traced to the dawn of history, when the Men of the West migrated westward across Middle-earth to the continent of Beleriand, which sank off the west coast at the end of the First Age.

The Men of the West (Elvish "Dunedain"), also called by Elves the Edain, settled among the Elf-kingdoms of those vanished lands and aided the Elves against the dark powers of the First Age. The Edain became wise and long-lived, adapting the language, lore and technology of the Elves. Their descendants sailed farther west still and settled on the island of Númenor, midway between Middle-earth and the Undying Lands. When Númenor sank, its survivors returned to Middle-earth and founded the kingdoms of Arnor and Gondor. Although Arnor fell after nearly two thousand years, its people the Rangers preserved some of its ancient lore and Elvish skills. Meanwhile, the Gondorians maintained the more advanced building and metalworking skills of their race but became estranged from their old Elven allies. The Edain are usually described as dark-haired and grey-eyed.

The Edain were also prone to pride and to kin-strife, with dynastic struggles, arrogance and greed sinking Númenor, fragmenting Arnor into petty kingdoms that could not stand against its foes, and weakening Gondor until it was left kingless. Some rebel Númenoreans and their descendants threw in their lot with Sauron: the Mouth of Sauron, the Black Riders, and, later, the Corsairs of Umbar. The Edain rose higher than other mortal men, but also fell farther.

The Men of the Twilight were unsophisticated but courageous northern tribes, equivalent to the Celts and Vikings compared to the Romans and more civilized but corruptible Mediterranean cultures. The Riders of Rohan came from nomadic horsemen who lived in the northern grasslands between the Misty Mountains and Mirkwood; their distant kinfolk remained in that area as the Woodmen of Mirkwood and the men of Lake-Town and Dale. Some of their ancestors may have migrated west to Beleriand during the First Age but did not remove to Númenor when Beleriand sank and did not maintain close ties with Elves, for the most part, save perhaps the rustic Nandor Elves (see below). Men of the Twilight were tall, blond, blue-eyed.

The Men of the Darkness were the Easterlings, Swarthy Men, Haradrim (southerners), and a few very primitive aboriginal tribes like the Pukel-men. Tolkien describes all of them as dark-skinned races, variously resembling Mongols, Arabs, Africans, and any non-Europeans. Tolkien's upbringing in colonial, apartheid, racist white South Africa is unconsciously echoed in his divisions of Middle-earth's human races. Not all his Men of the Darkness are evil — the Pukel-men fit the "noble savage" stereotype — but he clearly imagines them to be "noble exotics" at best or nearly-inhuman savages at worst.

In addition to these major divisions, in the First Age, the Edain were subdivided into the Three Noble Houses of Beör, Hador and Haleth. Aragorn, the Númenorians and the Kings of Gondor are their descendants.

Aint en-Eldar (Gifts of the Elves) 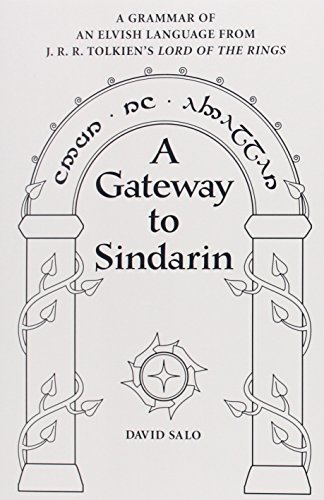 A Gateway to Sindarin: A Grammar of an Elvish Language from JRR Tolkien's Lord of the Rings
Buy Now

As we learn in The Silmarillion, the race of Elves "awoke" first and were then summoned from their birthplace in the east of Middle-earth to the Undying Lands beyond the sea to the west. Some Elves went; others stayed behind. Some Elves developed technology, art, smithcraft, lore and magic; others remained a simple people dwelling in the forests and by the sea, more at home in the natural world than in cities or lavishly-constructed dwellings.

There are multiple divisions of the Elves, but whichever classification system you use, it still comes down to threes:

Or, among the Elves who at least started on the Great Journey ("the Eldar"), we have:

Whichever division scheme you use, the pattern is obvious: an enlightened and exalted noble class, of whom there are few, an educated and culturally sophisticated middle class of makers, movers and shakers, and then a sort of rustic "uncivilized" group.

We see this same basic tripartite scheme in the divisions of Hobbits as well, in a less distinct form.

The Three Breeds of Hobbits

In the "Concerning Hobbits" section of the Lord of the Rings' Prologue, Tolkien is again busy playing with threes:

"Before the crossing of the [Misty] mountains the Hobbits had already become into three somewhat distinct breeds: Harfoots, Stoors, and Fallowhides. The Harfoots were browner of skin, smaller, and shorter, and they were beardless and bootless; their hands and feet were neat and nimble; and they preferred highlands and hillsides. The Stoors were broader, heavier in build; their feet and hands were larger, and they preferred flat lands and riversides. The Fallowhides were taller and slimmer than the others; they were lovers of trees and of woodlands."

We don't see the "High, Middle, Low" quite so much here, although once again we have a westward migration, with the ones that stayed east the longest (the Stoors) remaining somewhat more rustic than their town-dwelling cousins.

The Harfoots ("the most numerous") are the everyday Shire-Hobbits. I would hazard that the Gamgees and perhaps the Baggins are typical ordinary, pedestrian Harfoots. Surprisingly, these had frequent dealings with Dwarves and seem to have ended up clustering in towns and villages. I would make them the "Middle" group.

The Stoors stayed east of the Misty Mountains longer, were the people of Gollum/Sméagol and Déagol, and apparently became the everyday folk of the Brandywine area who were less afraid of boats and whom the Shire-hobbits mistrusted. Many Stoors also settled in the wide-open areas south and east of Bree, so they seem a bit more comfortable living in the wild, less likely to settle in towns and villages. So they are the "Dark" group.

The Fallowhides are the "noble families" of the Hobbits, including the Took family and the Brandybucks who were the masters of the Brandywine area. (Bilbo and Frodo are both part Took, and Frodo seems very much a Fallowhide, a more lordly and less passive character in the books than the films.) These are, of course, the "High" group. 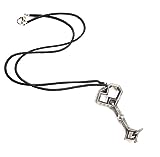 How About the Dwarves?

Despite writing an entire book with Dwarves as the main characters, Tolkien never fully explored the race of Dwaves. In The Silmarillion, we meet petty-dwarves (middle?) and some Dwarves who went over to Sauron/Morgoth's side (dark!), but it's not clear whether there are divisions between "breeds," as Tolkien put it with the Hobbits.

What Can We Make of All This?

Not that much: this is fantasy, not reality, and to some extent Tolkien is weaving mythological tropes. Mythology is extremely fond of coming up with "foundation myths" and "founder myths" to explain races, ethnic groups, and why people live where they live.

However, it is telling that Tolkien does not simply make the different "breeds" and geographical divisions of each race different; instead, he tends to rank them with high, middle, low, assigning varying degrees of culture and technology to each group.

Like many modern mythology-makers, he grapples with the trope of "highly advanced civilization, yet corruptible and doomed by its technology" vs. the ideal of the unlettered, uncivilized yet strong and courageous natives who are more in touch with the natural world.

Postscript: A Note on Capitalization of Middle-earth Races

When Tolkien is writing about a group as a race, like the Dwarves or the Elves, he capitalized the term. When he was writing about known individuals, such as referring to Legolas as the elf, he left the words uncapitalized.

He is not, however, entirely consistent about this, and neither am I.