James is an avid reader with a book collection in the hundreds and growing. He enjoys wildlife, wilderness and the many simple things life

Ever since she first appeared in DC Comics Presents #26 (October, 1980) Raven has been a long time and even overlooked member of the Teen Titans however that being said this not about her popularity, this is about all the different costumes she has worn over the years. So join me has we look into the many outfits Raven has worn throughout the years. As we talk about them and analyzes them who knows maybe we will learn something we did not expect.

When Raven first appeared in 1980, she wore a long blue cloak with two broaches with a raven pictured, a long lose split dress a pear of slip on's and long gloves that are missing the index and thumb. She also wore a pare of ear rings and a red ring on her left hand ring finger, and she obviously used red lipstick and red gem placed into her forehead. Of course Raven also changed in appearance too since she had started, she was originally 5'11'' and weighed 139 lbs and had high cheek bones, but this is supposed to be about her costume. This may be the only time Raven wore a ring, however we have plenty of other costumes to go through.

Raven has since died and was brought back to life in a body of a smaller (now 5'5'' and 110 lbs) teenage girl Teen Titans vol 3 # 5 (November 2003). At this time Raven wore a similar but darker blue cloak still with two broaches but now there are no pictures on them and they are gold in color, long gloves missing the index, pinkie and thumb. She wore a blue dress similar to her old one but shorter and it had a split on both sides has appose to the old one which had only the one side, and she wore thigh high boots. Also Raven now has a belt of several golden or brass colored spheres and buckle that is shaped like a bird. It is kind of a revamped version of the old one.

After the Infinity crisis Raven disappeared and we didn't see her again tell DC launched the one year later event. And it was that time Raven reemerged with this full body jump suit. This full dark blue skin tight suit, it covers the whole body unlike her past uniforms and on top of that this is the first suit to have a bird symbol on her chest. She still has the ear rings and a gold or brass belt and her ever apparent blue hooded cap, although she has now gone back to one broach instead of two and now it is mainly red with a gold trim also she has gone with a dark shad of red lipstick. This costume was based on the cartoon so it is not the first time she wore something that wasn't a dress overall but it is the first time in the mainstream comics.

Some time had passed and Raven had changed her outfit again, but this one really looks more like costume 2 but with formal slippers and hand free gloves. Also this is the first costume that wasn't blue but instead really more of a purple. Other than color it is really an exact replica of her second costume even, the belt and the broach's are the same, it is more like she changed back to previous outfit rather than getting a new one, although she still wears red lipstick instead of purple. This is the last outfit she wears in the comics until the New 52 was launched.

Although in the New 52 Raven first appeared in Phantom Stranger # 1, she would not be seen in this outfit until Teen Titans # 16. Obviously the most unique costume she has worn thus far if not of all time. But what would you expect when in the New 52 Raven was given this outfit by her father the hell lord Trigon. This gray full body jump suit with bluish armor in the form of boots, clawed gloves, a strange bikini bottoms, a tattered cloaked and a gray helmet. this outfit marks the first time Raven has ever worn a Helmet and the first time she ever applied claws to a costume, but unlike before she has been trained by Trigon so there are bound to be a few changes. This also marks the first time she didn't have a single piece of jewelry including her forehead gem which use to be more of a sacred religious item rather then a fashion statement. This is her current costume and I think she will be wearing it for a while. 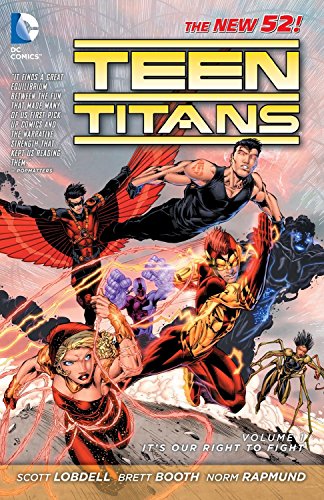 The thing that probably helped Raven's popularity most is the Teen Titans cartoons. In those cartoons Raven wore a simple dark blue or violet leotard like one would wear for gymnastics, and she also wore a violet colored cloak with a dark red broach with gold trim and her belt was loosely worn also had dark red gems with gold trim, she also wore violet shoes and she did not wear any make up. In the cartoons she was also gray skinned and had violet hair has apposed to the usual color black hair although Raven has also had Indigo colored eyes which was the same has her comic counterpart. This is probably her most well known costume because of those cartoons.

I have just learned that in fact this is a two piece costume based on the Tenn Titans Go! episode called "Vegetables," where we see Raven lift her shirt to observe the change in her stomach from switching from a meat diet to a vegetarian diet. Now I understand Teen Titans Go! has a way of contradict itself such has the episode "Ghost Boy," when all the Titans die and become ghost in the end but are fine in the next episode. But I don't believe this would be one of those things.

This costume is a specialty outfit worn only during those cold missions. Worn probably in only one episode and a comic based of the cartoon. Raven wore a skin tight dark purple or maybe black pants a violet coat and cap which had white fur lined and not gloves but violet mittens. Maybe I shouldn't list this has a regular costume, but you don't see winter outfits for heroes very often and I felt that this needed to be acknowledged. This is the first time Raven has worn anything winter related, this also reveals that she in fact gets cold like everyone else, or at least in the cartoons.

Watch Raven at her best in Teen Titans.

Most recently Raven appeared playable in Injustice: Gods Among Us, in the game she sided with Superman and wore something a little more free. Raven wore a costume that is kinda of a mix between costumes 5 and 6, A dark blue sleeveless leotard clawed dark gray gloves thigh high dark gray boots dark gray tattered cloak with hood with a dark red broach. Her flesh is also a grayish tone. This costume is not really a first on anything but it is the second time Raven has worn armor and utilized claws in combat.

This outfit first appeared in Teen Titans Go! "Legs". Raven wore this for a brief period after she took off her cloak learned just how good her legs were and took on the the name of Lady Legasus. At the end of the episode however she went back to being just Raven. It is the only outfit of Raven's that does not use blue or any dark color at all, but instead it uses something bright like yellow. One piece leotard legless and sleeveless, sporting small high heeled boots and gloves, I don't see this outfit returning anytime soon but then I would never have expected this to begin with ether.

First appearing as a statue, we would later this this bizarre outfit in Ame-Comi Girls #7 as "Red Raven". A Much more reveling outfit then most of her costumes but interestingly it is still a dress like most of her outfits are. This outfit revels most of her form exposing her sides completely and with a big golden belt that splits four directions with two red gems at each hip, a golden buckle in the center of her waist just under her belly, a black cloak with two red with gold trim gems and strange looking faces all throughout the cloak inner with black lipstick and black nail polish, black boats that stop just below the knee, finger-less gloves. Also unlike the other Raven's this one is in fact a vampire that consumes on blood in fact her quot is "A girls gotta eat. Might as well be bad guys." Her eyes are also yellow or amber instead of lavender.

Well she didn't wear this to the battlefield intentionally but it is a costume and she did fight with it. In the Teen Titans Go! episode entitled "Halloween" Raven wanting to celebrate Halloween and all the fun and scary aspects about it, dressed up as one of her favorite things a pretty pretty pegasus named Sparkleface, even though nobody recognized the lovable cartoon character it didn't stop Raven from having a good time on Halloween night. I think Raven probably just got this at a store but there is the possibility that she made this from scratch. This the only costume Raven has ever worn which hides her figure completely and is the only costume that is pink, but then this meant for fun rather then adventure and combat which is probably why she looks so cute in it.

First introduced in the 12 issue mini series Raven Daughter of Darkness. Raven was seen wearing this interesting outfit. The cap still supports the feathered look from the new 52 meanwhile she is back to a classic hood, even though it doesn't offer nearly as much shadow as it used to in fact there are many times in the very series that she just had it down. It appears almost like a long sleeved short dress with matching pants or pantyhose, the belt and broach appear like they did in the cartoon. Meanwhile, her gloves appear to have the clawed fingers depending on the panel other times they just look like red fingers and finally, the she wears thigh high, high heeled boots and other then the fingers it's all a dark midnight blue. it's not bad but in my opinion I think i prefer costume 2. 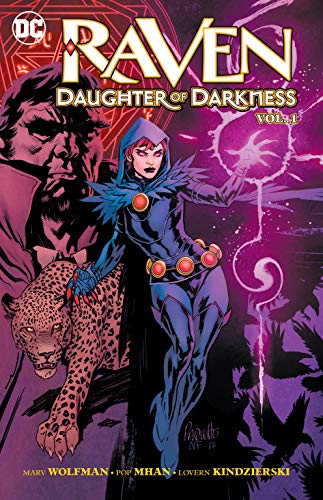 Vote with the Poll

As you may have noticed this list does not include evil costumes she may have worn when she was possessed or otherwise, none of those are main suits nor was Raven herself when she wore them. Also I could not count the times in which her outfit turned white for whatever reason, for this a simple color change and not really a change in costume. Raven's thoughts and feelings seemed to be linked to all her costumes allowing her to change them at will, such as turning them white or removing the helmet. I hope everyone enjoyed this hub and found this has a good source of info for hardcore Raven fans or others trying to get into her. Ether way, leave me a comment if you have something to say about the hub or if you just want to talk about Raven.