Alisha Adkins is an author with a burning interest in Japanese culture. She has lived and worked in Japan.

A Selection of Books

Contemporary Japanese fiction has been enjoying increasing popularity within English markets. For those new to modern Japanese fiction, the following reading list should offer an ideal place to start.

The authors on this list are all worth getting to know; each possesses a distinctive style and has made a significant contribution to modern Japanese literature. Since the events of a time help to shape its artists and give context to their works, these authors are listed chronologically as opposed to trying to assign them an order of importance.

No Longer the Land of the Rising Sun?

After World War II, Japan struggled to cope with its defeat, poverty, and postwar American occupation. The literature of the time reflected this; in stark contrast with Japanese literature of earlier periods, postwar Japanese fiction developed a distinctly disaffected tone.

Shohei Ooka's best known work, Fires on the Plain, is considered by many to be the most important Japanese novel to come out of World War II. Loosely based upon Ooka's own experiences during the war, the novel follows a Japanese soldier as he struggles for survival, resorting even to cannibalism to keep himself alive. This book, which won the Yomiuri Literary Prize in 1951, raises meaningful questions about the nature of human existence and the psychological consequences of war.

Osamu Dazai wrote bleak, nihilistic works in the aftermath of the war. The Setting Sun is about the decline of an aristocratic family. In this novel, Dazai addresses the issues particular to a class of Japanese society whose world died in the war. In No Longer Human, Dazai depicts postwar Japan as being in a crisis of cultural identity. The novel's protagonist is a disaffected young man who is alienated from society,

Sadly, Osamu Dazai cut his life short. After three failed suicide attempts, he committed double suicide with his wife in 1948.

Yukio Mishima was a prolific author whose work includes 40 novels. He is considered one of the most important Japanese writers of the 20th century. With a superb mastery over words, he employed an avante-garde style, blending modern and traditional aesthetics while writing in a nihilistic tone and addressing challenging subject matter such as sexuality and death.

Readers new to Mishima may wish to start with his first novel, Thieves, which he wrote in 1946. It is a story of two young aristocrats who are drawn to suicide. Also recommended is Confessions of a Mask. Written in 1948, it is a semi-autobiographical account of a gay man who conceals his true self behind a mask in order to fit into society.

Yukio Mishima was a radical right-wing nationalist. In 1970, he staged a coup d'état in an attempt to restore the emperor to power. When it was unsuccessful, he put an abrupt end to his writing career and life by committing ritual suicide in protest.

Postwar American occupation ended in Japan in 1952. Japan's postwar constitution included a "Peace Clause" which banned Japan from maintaining any armed forces. Since the nation was prohibited from spending on defense, it was free to concentrate on spending in favor of economic growth. This was the beginning of the "Japanese post-war economic miracle," a period of rapid economic growth and prosperity for Japan that would span from the 1950s through the 1980s.

As Japan regained its independence and began to leave the scarcity to which it was accustomed behind, a new artistic movement emerged. This sub-culture, dubbed kasutori after the preferred alcoholic beverage of its artists and writers, emphasized escapism and decadence.

Kobo Abe was an avante-garde surrealist writer who sought to capture the Japanese experience while eschewing the use of either traditional Japanese or Western styles. He gained recognition in 1972 with The Woman in the Dunes, a brilliant, haunting allegorical tale of a man who unwittingly becomes trapped with a woman in a house in sand dune. Though preserving this home against the ravages of the sand is an arduous, Sisyphusian task, he eventually acclimates himself to his fate.

Many of Abe's novels examine identity. In The Face of Another, a man is disfigured in an accident. He begins to wear a mask and subsequently adopts a new life, disassociating himself from his previous identity. The Box Man follows a nameless protagonist who gives up his identity to live in a cardboard box that he wears over his head.

Kangaroo Notebook, one of Abe's last works, is incredibly funny, though in the most twisted of ways. In it, the protagonist discovers that he is sprouting radishes from his legs and begins a nightmarish journey through city streets while riding a hospital bed.

The 1960s: a Protest Generation

In the 1960s, in much the same way as opposition to Vietnam molded many young Americans, the youth of Japan were also shaped by a spirit of social protest. University students on campuses across Japan participated in two large waves of protest against Ampo, the Japan-United States Joint Security Treaty in 1960 and 1970.

Haruki Murakami was one of the authors influenced by these experiences. Murakami's writing is postmodern, humorous, and surreal, frequently portraying a sense of isolation. It is thoughtful, skillfully executed, and lends insight into life in modern Japan.

Murakami is a tremendously successful, celebrated Japanese author. His most commercially successful novel, Norwegian Wood, a bittersweet coming of age story set during the protests of the 1960s, is the all-time best selling book in Japan.

For his more surreal fare, read the brilliant Hard-Boiled Wonderland and the End of the World. The book is split between parallel narratives that occur in the conscious and unconscious mind of the narrator. You may also want try the epic The Wind-Up Bird Chronicle. In it, Toru Okada, an unassuming man, discovers that his cat has run away. What follows is a surreal stream-of-consciousness chain of events that prove his apparently ordinary life is much more complicated than it seemed. 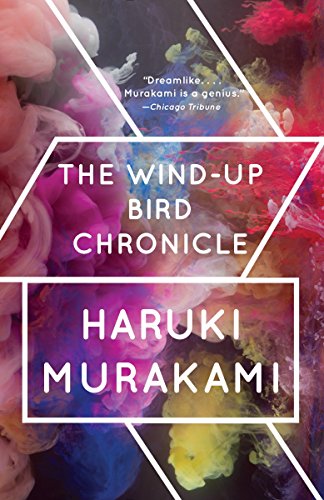 In the Midst of Prosperity: the Bubble Economy

The 1980s were a period of unparalleled economic prosperity for Japan. By 1990, income per capita in Japan equalled or surpassed that in most countries in the West. However, from 1986 to 1991, Japanese real estate and stock prices grew increasingly inflated. This "bubble economy" would eventually burst, leading the Tokyo Stock Exchange to crash in 1990–92.

Banana Yoshimoto emerged as a writer during the height of Japan's bubble economy. Her "manga-esque" style, which stressed dialogue over description, resembling the script of a manga comic, was considered fresh and controversial. In her breakout work,1988's Kitchen, a young woman who loves kitchens and food struggles to cope with the loss of her grandmother. The novel is a bit light for my personal taste (it felt to me like bubblegum fiction), but its sweeping popularity in Japan makes this work significant as an insight into the psyche of Japanese readers in the late 1980s.

Now You're One of Us

The Devotion of Suspect X

The Lost Decade is the term used to describe the time after the Japanese bubble economy collapsed. Although it originally referred to the years 1991 to 2000, 2001 to 2010 is also sometimes included as part of this time period.

Despite Japan's economic struggles during the Lost Decade, this time period also saw a steep rise in global popularity of Japanese culture - particularly anime, manga, and videogames. Japanese cinema (particularly horror films such as Ringu and Suicide Club) and literature also began to surge in popularity in the United States.

Written in that very psychologically creepy, distinctively Japanese style of horror, Asa Nonami's Now You're One of Us is about a bride trying to fit into her new husband's family. This is one of the most disturbing books I've ever read.

Another book that will give you pause is Yoko Ogawa's 1996 novella, Hotel Iris. In this explicit tale, a seventeen year old girl, Mari, develops a sado-masochistic relationship with a middle aged man.

The popularity of detective fiction (or "deductive reasoning fiction," as the genre is known in Japan) has steadily climbed amongst the Japanese since it was introduced during American occupation. Successful authors of note in this field include Miyuki Miyabe (All She Was Worth, The Devil's Whisper), Keigo Higashino (The Devotion of Suspect X, Salvation of a Saint), and Natsuo Kirino.

Natsuo Kirino occupies a niche frequently described as "feminist noir." Her works examine the psychological pressures inherent in being a Japanese women. She is best known for her 1997 novel, Out, for which she won the Mystery Writers of Japan Award. This book examines women's role in Japanese society as it tells the tale of a woman who strangles her abusive husband and then goes to her coworkers for help with disposing of the body. The women soon discover that they have an aptitude for covering up murders, and then things truly start to get strange.

Other works of note by Kirino include Grotesque and Real World.

"A Poor Family in Occupied Tokyo - The Post-War World of the Japanese." '48 Magazine. http://www.oldmagazinearticles.com/Post-War_Tokyo_life_information