Relevance of Nirmala (by Munshi Premchan) After 100 Years

Life is a tale told by an Idiot. I believe completely in this quotation.

Nirmala, a family based novel, is the most prominent work of Munshi Premchand. It focuses on the life of a 15 year old woman Nirmala.It is a women-centered novel. It states the real condition of middle-class women in India. In patriarchy, women are suppose to act according to male only. They don't have their own liberty. A woman never becomes independent, before marriage she has to follow her father and after marriage, she follows her husband and in old age, son rules mother. Although many of us are not ready to accept the fact. A few women nowadays enjoy freedom or liberty, but still major part is still the same as years ago. Even after education and good job, a female still is ruled by her father, brother, husband and in laws. Although parents are trying to provide equal opportunities to female, but the norms of society are still same. Even today after marriage, a female is still suppose to do household works with her job. She has to manage everything at home. In middle-class, the condition of woman is still critical. Her new family expects a lot to her as she must be working but should know cooking, cleaning, managing house and care others etc. etc. She has to live double-day life.

Around 94 years earlier when Nirmala was written, the condition of women was worst. Child-marriage was popular. A girl-child had no right either to education or property. Nirmala was the outcome of that society, where a girl was supposed as burden only. If a baby girl came in family then the main motive of the family was to marry her as soon as possible. Situation is still same. Now certainly a female marries after proper education, but still her marriage is top priority of family and society. Society makes it difficult for the girl and family to live, if she does not marry at proper age.

The novel is still relevant even after a century as it was at the time of writing.

You Must Read the Novel to feel the pain of Nirmala. The novel is being translated into English as The Second Wife. 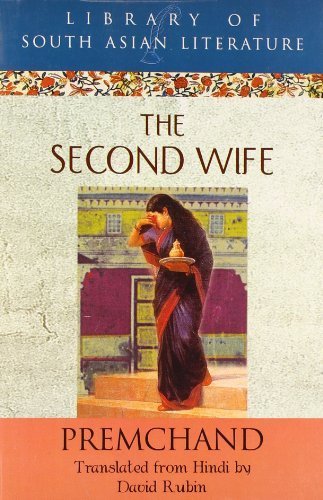 The Novel: At a Glance

The novel begin with the preparation of Nirmala's marriage. Although Nirmala is not ready for marriage but her father has fixed with the son of a Irrigation Officer in Lucknow. Unfortunately, her father dies before a few days of her marriage. The condition of the house changes suddenly. All guests returns to their home by making some excuses. Now the mother and her four children are left. Her mother decides that Nirmala's marriage will held on same date, because it is more difficult for her to postpone as all preparations are already done. But boy's family denies to marry as now they will not get dowry from girl's side. Even the boy says to his father that he will not marry with a girl whose parents will not give him less than ten thousand as dowry.

Her mother decides to marry her daughter with a widower, Totaram, who is 20 years older than Nirmala. Totaram has three sons- Mansaram, Jiyaram and Siyaram. Even Mansaram is two years older than Nirmala. When, after marriage, Nirmala comes to her husband's home. She is quite surprised to see her husband as the age of her father and husband is same. She does not able to accept him as her husband due to his age and looks. But Totaram tries everything thing to seduce her. Earlier she is not ready but later she accepts him as it was written in her destiny. She spends her time with the children of Totaram and tries her best to make them happy. On the other hand, Totaram is not worried about anyone, he just wants Nirmala.

When Nirmala is not ready to have the relation with him as his wife, he becomes furious. One day when he comes back home, he sees his elder son talking with Nirmala. He start doubting about the relationship of Nirmala and Mansaram. Now the tragedy of the family begins from here only. Rukmani, the widow sister of Totaram lives with them. She tries to make Nirmala's life hell by saying her again and again 'step-mother', 'a woman who does not care about the family' etc etc. Totaram tries to send Manaram in hostel but the head-master refuses. Later Mansaram understands that his step mother does not want him to stay home. So he shifts hostel and there he realizes through his brothers that it is his father who has doubt in his mind for him and Nirmala. He becomes very sick and dies. In the meantime Totaram understands that his son and Nirmala both now knows about his doubt. Nirmala is also broken after Mansaram's death. The same condition is of Totaram. He repents a lot.

Nirmala gives birth a girl-child Asha. After the death of Mansaram, Totaram becomes bankrupt; he is not able to handle his cases as well. They shift in smaller house. Jiyaram starts hating his father and step mother. Everybody says in the city, due to her step-mother Mansaram dies. One day, Jiyaram steals Nirmala's jewelry and sells it in market for money. Totaram lodges FIR in police station, consequently Jiyaram commits suicide. Totaram becomes more upset now he does whatever Nirmala says. Nirmala becomes harsher to everyone. She scolds Siyaram a lot, even she does not talk properly to anyone. She has only one worry about the marriage of Asha, her daughter.

One day Siyaram leaves his home due to rude behavior of his step-mother. Totaram becomes mad when he comes to know about his son. He goes Haridwar to search him. Nirmala becomes more obssessed about her daughter's marriage. She becomes very ill and reaches her death bed. She says to her sister in law, " Don't marry Asha with a wrong man. If you will not get a suitable husband then kill her but let her not marry with a mismatched husband. Totaram and his doubts about her destroys the home and later she dies.

This is the pathetic story of Nirmala.

Nirmala lives in every society. She gets everywhere in every age, every nation, every country. She is timeless as well as boundary less. Characters like Nirmala will die every day til gender-discrimination is there. Females must get their rights and should be treated equally like men. We have to understand that we both are equally important. Unfortunately, even after ages, even after struggling a lot, women are still at margin. Gender-roles are still imposed on them. In fact, they assimilate these roles as their self-imposed roles. They just act according to the norms of society, if any woman wants to break these rules, they are called bad women or even sluts or some other adjectives are added before their names.

Nirmala has different names in different countries- Jane Austen name her as Elizabeth Bennet (Pride and Prejudice), Emma (Emma), Thomas Hardy calls her Tess (in Tess of d'Ubervilles) , George Eliot paints her as Maggie Tulliver (The Mill on the Floss), and many more.

What is your opinion?

Marriage is a blind gambling? Do you think so?