Renaissance: Definition and Characteristics of Renaissance

The word Renaissance has been derived from a French word, which means rebirth. It is a combination of two words: re means again, while naissance stands for birth. In English literature, Renaissance is the revival of classical learning, antiquity, values and ancient civilization in seventeenth century. It took its birth in Italy and later on flourished in England. Encarta Encyclopedia defines Renaissance as, “The term renaissance means a rebirth or fresh beginning. It is used primarily to describe the period of remarkable flowering of artistic and intellectual life in Europe, a period that is known simply as the Renaissance. The Renaissance began in Italy before 1400 and eventually expanded to Germany, France, England, Spain, the Netherlands, Poland, and Russia.”

It was an intellectual, artistic, literary and cultural movement that began with the fall of Constantinople. Due to occupation of Constantinople by the Turks, the Greek scholars fled their homeland and took refuge in Italy. When they came to Italy, they brought with them precious and unique treasures of ancient Greek literature in manuscripts. Many people got copies of these precious manuscripts and studied them. The study of this literature fired up the soul and imagination of the Italy of that time and created a new kind of intellectual and aesthetics culture so different from that of the middle ages. Though, the influence of Renaissance was felt very late in England, yet it was of paramount importance in terms English literature. It left long lasting influence on the every department of English literature. When its influence reached England, it has already lost its presence in Italy. It flourished here and impacted every aspect of literature, culture, art and everything.

Renaissance and Rebirth of Classical Literature 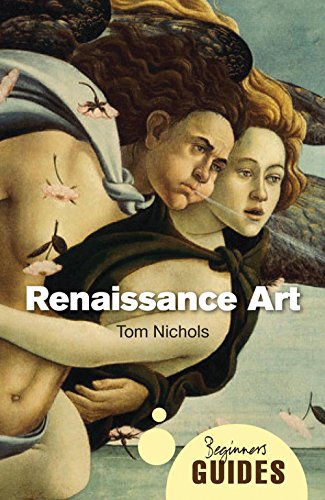 Objectivity is another important characteristic of Renaissance. Renaissance pressed upon the people to derive their knowledge from concrete and visible world not from abstract ideas. It brought an immense interest in the visible world not in the abstract world of idealism. It rejected the philosophical discussions of Aristotle. Though, Christianity was not abandoned, yet Renaissance focused more on concreter things instead of musing upon the idea of life after death. It bore down on the reality rather than abstract ideas.

Another characteristic that we find in the Renaissance is the rise of individualism. In Medieval Ages, a writer was an anonymous personality. Nobody knew about his personality and talents. They used to write anonymous poetry and stories. We know that there are many medieval poems, whose authorship is still an enigma. Nobody knows who wrote them. It was with the birth of Renaissance that a writer started keen interest in his fame and popularity. He rejected to conceal his name and write anonymously. The new writer had to sign his work before handing it to someone so that he may retain its proprietorship. Thus, Renaissance resulted in individualism.

Renaissance and Revolt against Papacy

One of the important characteristics of Renaissance is its revolt against the authority of Pope. In the Medieval Ages, church was a hotbed of profligacy, materialism and corruption. W.H Hudson says in this regard, “of spiritual zeal and energy very little was now felt in the country. The greater prelates heaped up wealth, and lived in a godless and worldly way; the rank and file of the clergy were ignorant and careless; the mendicant friars were notorious for their greed and profligacy.” Renaissance is regarded as a decline in the authority of papacy. The papal courts, instead of providing spiritual panacea to the general public, got engaged in corruption, administrative set ups and worldly matters.

According Encarta Encyclopedia, “The prestige of the church also suffered when some church leaders sold their services, violated the biblical laws they were entrusted with upholding, and lived no differently than secular merchants and political figures. Furthermore, the leaders of the growing city-states, as well as the new monarchs, had much less need of an alliance with the Catholic Church to maintain power than they had in the past.” Popes like Alexander VI, Julius II and Leo X were mainly concerned with politics and promotion of their families. They failed maintain their influence in the society. With the dawn of Renaissance, supporters of the Catholic Church became more and more outspoken against the papacy. So much so, the French king, in 14th century, issued orders that papal courts be shifted to Avignon.

Humanism is another salient feature of Renaissance. Humanism is a philosophical term that lays great stress on the dignity and core values of human beings. According to Microsoft Encarta dictionary, “Humanism is the secular cultural and intellectual movement of the Renaissance that spread throughout Europe as a result of the rediscovery of the arts and philosophy of the ancient Greeks and Romans.” Humanists did not follow the ideals of medieval ages in writing. They thought that Christianity could not be the inspiration for their creative works. They stood against the medieval writers, who mostly used religious themes in their writing. Religion was a prime source of inspiration for a work of art or literature. In contrast to mediaeval writers, humanists were mainly concerned with secular subjects. Materialism was the sole cause of secularism of humanists. Humanists believed that classical writers can teach you how to live your life. Important humanists are Giovanni Pico della Mirandola, Francesco Petrarca, Leonardo Bruni, Giovanni Boccaccio and Baldassare Castiglione.

Exploration is the hallmark of Renaissance. In the age of Renaissance, merchants wanted to expand their business across the international boundaries. For this purpose, they got engaged in exploring new markets in Asia and newly discovered world, the Americas. People also showed interest in purchasing exotic goods. Christopher Columbus was the person, who discovered America. Lisa Jardine says in her book, Worldly Goods: A New History of the Renaissance, “As a result of these speculative voyages, new trading bases and new ports where ships could take on fresh supplies during long journeys were established all over the world. Portuguese entrepreneurs backed a series of explorers heading south from Lisbon along the west coast of Africa in search of alternative access to central Africa's reputedly rich gold supplies. They discovered the island groups of the Azores, Madeiras, and Canaries. By the end of the 15th century they had reached Sierra Leone and the Guinea coast of Africa.”

Renaissance was an age of objectivity and experimentation. That’s why; science throve and touched new horizons in Renaissance. The achievements of science can be witnessed in many fields. In medicine, Andreas Vesalius made amazing discoveries in human anatomy. The field of navigation also thrived in Renaissance. Christopher Columbus and Sir Francis Drake made discoveries in astronomy, mathematics, and navigation. Italian physicist and astronomer Galileo presented this theory that the earth revolved around the sun, disputing the belief held by the Roman Catholic Church that the earth was the center of the universe. He refused to obey orders from Rome to cease discussions of his theories and was sentenced to life imprisonment. Galileo's work influenced other Renaissance scientists and encouraged the development of the scientific method. Sir Isaac Newton formulated his three laws of motion.

In poetry, Sir Thomas Wyatt and the Earl of Surrey are regarded as the pioneer poets who showed immense influence of Renaissance in their works. They revived Petracrh’s love poetry wherein the lover suffers a lot at the hands of his beloved. In such poetry, the lover is shown as a servant to his beloved. He is completely at the mercy of her beloved. His heart is shown as tossing by the beloved due to her indifferent manner. Moreover, Sir Thomas Wyatt introduced the sonnet into English literature, while the Earl of Surrey introduced the blank verse in English poetry. Sir Thomas Wyatt followed the French and Italian patterns. Most of his sonnets followed the conventions of Petrarch.

In drama, Gorboduc and Ralph Roister Doister are the first important dramas which showed an ample of influence of classical drama. They were written in the manner of Greek dramatists like Sophocles, Aeschylus and Europidas. Roman dramatist like Seneca also exerted its influence on many English dramas. Though, the University Wits did not follow the classical rules in their dramas, yet they could not escape from it. What they produced had certainly a tinge of classicism.