Chances are that if you were a teenager in the late 1970’s and an avid reader, a copy of this book was tucked in with your textbooks (of course while at school).

Unlike a bodice ripper, certain pages were highlighted and read over and over at slumber parties. Remember, this type of storytelling was hot stuff at the time.

Yet at the same time, it was the fictionalized version of a horrible crime and the events leading up to it.

Theresa Dunn is an elementary school teacher leading a double life. After school she cruises local bars having meaningless encounters.

She makes it clear that she doesn’t want to get married, nor have children. It’s a topic people of the era can’t grasp.

Eventually, she meets two men who are complete opposites.

James, is a lawyer who is looking for the perfect family and doesn’t really get the hint that Terry isn’t interested in him. No matter how abusive she is to him, he keeps coming back for more.

One night while at the bar, she meets Tony. He’s looking for good times and finds them in Terry. For all of the abuse Terry inflicts on James, it comes back to her via his actions.

In the end though, her actions finally catch up with her resulting in her brutal death.

While Rossner tells a disturbing story, there are too many times that you do find yourself drifting away from the it. Sometimes you’re thrown a sentence or two and the story goes in a different direction.

As a fan of dialogue, there’s hardly any and I have always thought without it the story drags and when dialogue is used the story does advance at a good pace.

While the movie is hard to find (you may be able to find it on VHS or heavily edited on television) the movie itself is much better than the book in this instance. 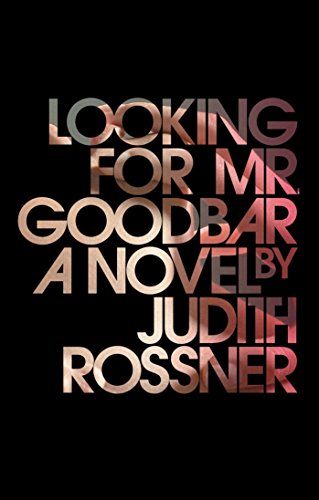