Before I get into my review, I have a confession to make.

I'm a thief. There, I said it and a heavy burden has been lifted.

The reason for my confession is, back in November of 1985, I saw a copy of this book at a bookstore and while the cover was different (a Jack-in-the-box with a skeleton coming out and this was the only copy) I was drawn to it and the premise. And, since I didn't have any money, well, it kind of found it's way walking out with me.

A few days later, I was laying in bed with my hot book in my hands and I started reading, and while I'm confessing my sin, maybe, just maybe it was meant to be.

Set in November/December 1985, Samantha Shaw starts to plan a fortieth birthday party for her husband, Marty. He knows of the party and actually insists that it be held on his birthday, Thursday, December 5.

But Samantha wants to do something really special for him and with the help of her neighbor/friend Lynne, they decide to look into his past and locate people that knew him when he was younger for remembrances of him. It sounds like an ideal plan, until Samantha starts to dig.

She thinks that this will be the perfect surprise for him, but as she's looking into his past, Marty is also making plans of his own, which puts Samantha in harm's way.

As Samantha searches the past, she discovers that Marty isn't who he claims to be, which startles her. It seems that no one has ever heard of Marty Shaw which she thinks is rather strange since his stories of the past seem to match up to what she's uncovered.

While the two are making plans, Detective Spencer Cross-Wade is also looking for answers. He's trying to prevent the murder of an unknown woman, who will ultimately die on December 5, which has been a pattern for the last six years.

With time racing out, everyone involved will be at the Surprise Party, but who will live and who will die? These are the questions that need to be answered.

Now, going back to my confession, after I read the book, I was telling a friend of mine at work about it. Ultimately, she borrowed it and I never did get it back, but, years later, I did buy my current copy for double the price, so, I guess everything worked out in the end.

And, this is such a good book that I've read it three times.

That's saying something about the writing and if only it had been made into a movie, I think the suspense would have been overflowing. 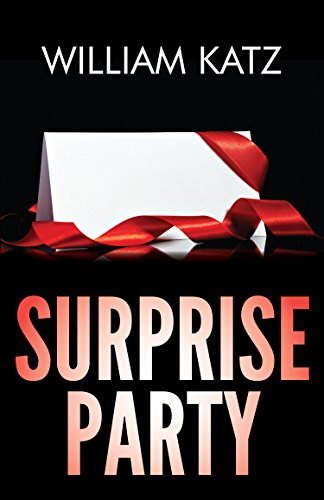