Former detective and current private investigator Daniel Carter is shocked when he inherits a Providence, Rhode Island bookstore from a man he never met. He is even more perplexed to discover the manager of the store is Emily Lovecraft, last living descendant of the science-fiction and cosmic horror author H. P. Lovecraft. Not long after claiming this inheritance, Carter is drawn into investigating several impossible deaths, only to discover that he and Emily might be the only people alive who can stop a man from using a Perceptual Twist to advance his own selfish ends and damage all physical reality in the process.

There’s a good bit of fun to be had with the novel. There are plenty of references to H. P. Lovecraft’s work in observations and chapter titles. In a less overt similarity, the novel’s climax consists of Carter, Lovecraft, and Detective Harrelson gathering knowledge and arms to confront the unimaginable horrors, mimicing similar events in stories like “The Dunwich Horror” and “The Case of Charles Dexter Ward” if a bit more blue collar than the genteel scholars and scientists so often doing the heavy lifting in Lovecraft’s works. For readers unfamiliar with Lovecraft, there’s enough basic exposition to get by, often directed at Carter, who is unversed in the literature and math used over the course of the book.

There is a helping of dark humor, such as when the lawyer comes to inform Carter of his inheritance. When Carter protests that he’s never heard of Alfred Hill, the lawyer says, “Splendid [....] If you do not know Alfred Hill, then you will not feel any grief at his passing. That leaves only good news” (25). A later example comes when, as reality collapses, Carter contemplates his condition to deal with dream-like circumstances and thinks “Daniel Carter, Private Investigator and Practiced Dreamer. He’d need new business cards” (282). On a similar note, the banter between Carter and Lovecraft is fast-paced and amusing if not quite to the level of Nick and Nora Charles. It is also refreshing on Howard’s part that he didn’t delve straight into the Lovecraftian bestiary of cosmic horrors but instead dealt with the science fiction and reality-shattering elements also found in his stories. He managed to keep some of the Lovecraftian texture without having to trot out Cthulhu or The Necronomicon. 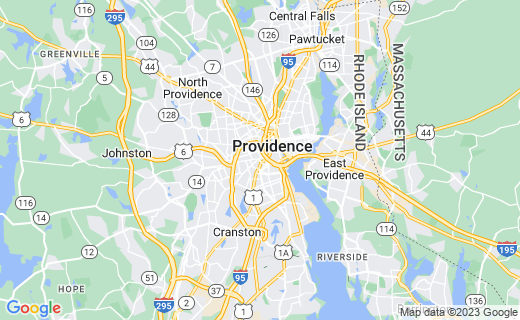 Dream-Quest of the Unknown Private Eye

Some elements will become bothersome for readers. Many characters are a bit too accepting of events that even they admit are beyond the realm of possibility. They aren’t blasé enough to push the novel into a full-tilt fun ride, but neither are they so rattled as to give the psychological horror much consequence for the central characters, giving the audience a suspicion that the main characters have plot armor and that inexplicable events won’t have long-term consequences for them (except for the ending). This sense cuts against a perpetual element of Lovecraftian fiction, wherein no one can escape without significant mental and emotional damage. Even successful protagonists are traumatized, and a character hearing about events often carry psychological scars, as happens in “The Colour out of Space.” Several characters even make reference to Carter’s particular ability to endure insane situations without being mentally broken by them (255, 270). Instead of any explanation, his gift is just skimmed over with a vague theory about genetics (281). Readers of a critical mindset will find this irksome as it amounts to a suggestion that Carter is this way simply because the plot needs him to be.

In many ways the novel would be more fun if Carter and Lovecraft just said “yes” to the creeping madness around them and plowed ahead with their generally unsophisticated reactions. Cranking up the weirdness to 11, so to speak, would turn everything into a deranged delight. The whole book would move toward a tone less like Lovecraft and more similar to John Carpenter films like Big Trouble in Little China or They Live. The problem there being that, respectively, Jack Burton and Nada are barely protagonists in a conventional sense and more like characters struggling in situations way over their heads. Carter and Lovecraft are most certainly proactive protagonists in the novel that bears their name, and such a ramping up of over-the-top action might push the novel into parody rather than the science-fiction-horror-detective-comedy that it is.

Ultimately the book is enjoyable for fans and neophytes of H. P. Lovecraft alike. While not exactly a love-letter to the author, the book creates an interesting world with amusing characters, and the ending promises more weirdness and adventures to come.