In Methland Nick Reding examines the decline of small town America and the drug, meth, associated with it.

Mostly focusing on Oelwein, Iowa as a case study, Reding attempts to understand the rise in use of meth and how is connects to the community’s economic decline. He takes an investigative journalistic approach and speaks to individuals on both side of the meth problem including doctors, law enforcement, and drug users. Additionally, he provides researched data concerning the economic history of Oelwein, the national attempt to combat legal and illegal methamphetamine production, and stories concerning a few major figures responsible for the rise in meth use in Iowa and the Midwest.

Methamphetamine was the Final Straw

A lot of what Reding has to say about the flow of meth (among other drugs) into the United States is not new information. In the late 1990’s Robert D. Kaplan had many of the same insights and in his book An Empire Wilderness recorded his interviews with individuals on both sides of the U.S.-Mexico border. While Reding concerns himself with immigration and the components for meth, little of what he presents is cutting-edge information to anyone who has been even casually following these topics for the last decade or so. Nonetheless, Reding’s narrower, more personalized focus does help humanize the problems he is addressing. He examines the lives of drug-users, dealers, and non-drug related individuals as they all attempt to live in rural America.

Like Kaplan, Reding does look into the War on Drugs, but because of his approach, Reding deals with it on a smaller level with a few meetings with DEA agents. While he can find people to criticize official governmental and corporate policies concerning meth, Reding and the people within his book do not provide much in the way of criticizing the very idea of a War on Drugs that other writers like David Simon have done. Even when individuals within the book have the opportunity to level such criticism they avoid it. For instance, the physician Dr. Clay Hallberg has plenty of pages devoted to him and his attempt to combat the decline in communal health given the rise in meth use wherein he, or even Reding, could have taken a moment to look at drugs as a public health crisis rather than a matter for the judicial system and police to handle. This is an opportunity the book misses, which might not seem like a serious criticism if Reding stayed on the track he set out. Instead, he segues into his stance against Big Farm and agribusiness, side-stepping a comprehensive approach of the governmental and community response to the titular drug. 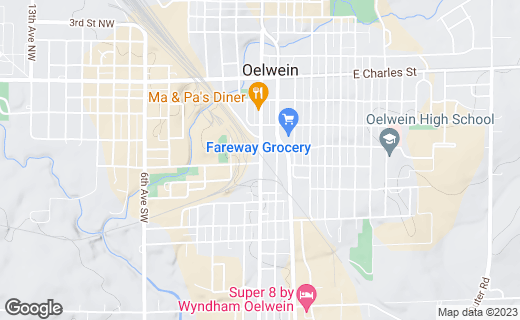 The problems of meth, however, are only a part of the troubles that plague small towns like Oelwein. Reding says, “Meth has always been less an agent of change and more a symptom of it. The end of a way of life is the story; the drug is what signaled to the rest of the nation that the end had come” (183). With these words in mind, a reader can see that much of Reding’s book is an oblique attack against big agribusiness and the effects of consolidating the business of farming has produced in much of the American interior. At his most open, Reding writes, “Somewhere along the way companies grew to have no respect for the people whose lives their products perhaps intended to improve, refusing to provide workers with a descent wage or health insurance” (190-1). It seems and odd choice that of all the elements that have conspired to imperil life in small town America, Reding seems to vilify the business community the most.

There is plenty of useful knowledge to the gained in the reading of Methland. Understanding the criteria or lack thereof that goes into determining how to classify a drug epidemic is eye opening, and there is something for everyone to learn about the history of legal and illegal methamphetamine production. The book works best as an introduction to the subjects adversely affecting small town America, including meth.

Methland: The Death and Life of an American Small Town
Buy Now