After the murder of his partner, Private Detective Sam Spade becomes embroiled with ruthless criminals in pursuit of a priceless antique statuette.

Though accustom to tough customers Sam struggles to stay one step ahead of the police and his various treacherous employers as they try to use him to uncover the Maltese Falcon. Brigid O’Shaughnessy uses seduction and charm while playing Sam against her conspirators and competitors like Cairo—a fussy criminal—and Gutman, who is obsessed with the antique. As more people wind up dead in pursuit of the falcon, Sam is forced to choose between his feelings, the opportunity for great wealth, and his ethical principles.

The protagonist is a major appeal of the novel. His cleverness and uncompromising dedication make him a hero worth rooting for as he faces obstacles that endanger him on personal and professional levels. That Spade is forced to think fast rather than rely on brute strength or being quick with a gun put him in the same category as Odysseus and Indiana Jones as protagonists who must outwit their foes.

Spade also maintains a sense of detachment from the world around him. He reacts with the same nonchalance in regards to his partner’s death as he does when ordering a cup of coffee. This dispassion lets him tolerate the unsavory aspects of his trade and allows his clients to presume he always maintains a professional even-tempered approach. For instance, Gutman allows Spade to convince him to set up one of his own men as a fall guy to escape notice by the district attorney.

This stoicism of Spade’s, however, is a shield. It protects him, his clients’ right to privacy, and his devotion to justice from getting sullied in the corrupt world of gangsters, thieves, and murderers. While he may appear calculating and willing to use people in pursuit of his case, he is actually a staunch moralist who refuses to let others escape justice despite his personal feelings. Ultimately, his detachment protects his idealism from the cynicism of his surroundings.

The Maltese Falcon is essentially required reading for anyone interested in the genre of detective fiction or in good writing. While the mystery of the Maltese Falcon itself makes for a good plot, the real satisfaction comes from watching Sam Spade navigate the treacherous world around him. 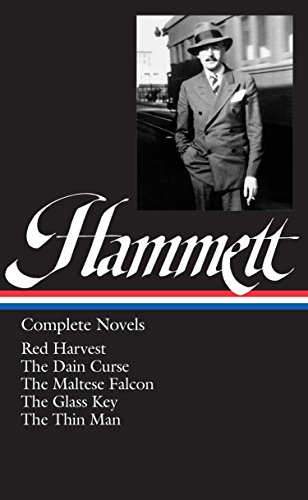