4 Books About Heaven: Akiane, Colton Burpo, And Others

I’ve always been fascinated with heaven, and wondered about the details. Recently I’ve read two books which are stories of children who purport to have experienced heaven, one in visions, and one in a Near Death Experience.

In this hub, I’m going to write about the stories of these two children, and talk also about two other books on a similar theme. I’m not giving an endorsement to any of these stories: by definition they are impossible to either verify or disprove. When someone

writes about a personal experience, whether visionary or emotional, there are those who feel compelled to say it is not “scriptural.” I find this pointless. I prefer to approach these stories as what they are: personal experiences, not doctrinal dissertations. 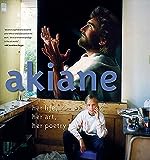 Akiane: Her Life, Her Art, Her Poetry
Buy Now

Akiane Kramarik was born to atheist parents, immigrants to the US from a former Soviet bloc country. She began experiencing visions of God, heaven, and the future as a child of just a few years old. This God talk puzzled her parents: they never mentioned God, and the family of six lived an isolated life in the Midwestern countryside, home schooling with no other families as friends or even company. Then Akiane started painting. Her paintings are astonishing in their detail and symbolism, and at the age of 8 she began to get serious notice from the art world, selling her first painting for $10,000.  Akaine did not have art lessons, and says that God taught her to paint. I learned Akiane’s story when I bought a book of her paintings for my daughter. The book includes the story of Akiane’s life, written by her mother, a section of beautiful reproductions of her artwork, and a section of her poetry. The book would make a lovely gift.

Akiane’s paintings are astonishing in their detail, and even more so considering her age. She has an advanced understanding of anatomy, very rare for a child, or for anyone who hasn’t studied the bones and muscles of the human body. She also includes symbolic details: a streak of grey in the hair to symbolize wisdom, gold jewelry to symbolize wealth.

Akiane includes elements from her visions in her paintings. In one painting an adolescent Jesus talks with His Father, the whole universe behind him: space, stars, clouds of dust, planets. The Earth with its continents is there. To one side is a green planet, which Akiane says is the New Earth, which will have no oceans. Akiane says that she has seen God the Father, and light pours from Him. She says that heaven has more colors than we see here on earth, and she cannot describe them. The people in heaven share everything with each other, not really having personal property. Akiane has a powerful interest in abandoned children, and paints portraits of them. She says that in heaven all children who are lost to death, miscarriage, abandonment, suicide, and the slave trade can be reunited with parents. 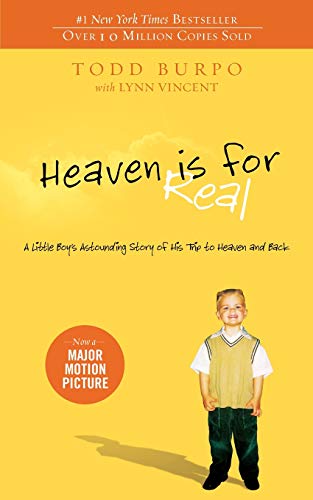 Heaven is For Real

Colton Burpo, three year old son of a rural pastor, suffered a burst appendix misdiagnosed as flu. His condition was life threatening going into surgery, but he pulled through. Some time later, Colton began talking about visiting heaven during the surgery. His parents were doubtful at first, but as Colton shared more details, they became convinced of the authenticity of Colton’s story, and his father (with help from a professional writer) wrote a book about it. Most of the book is the story of this struggling young family, with only a small portion describing the heaven part.

Colton says that the first person he met in heaven was Jesus, and Jesus has blue eyes. Colton’s parents showed him many portraits of Jesus done at different times in history, asking him if this is what Jesus looked like. He always said no, until they showed him a portrait done by Akiane when she was eight years old. He affirmed that this looks just like the Jesus he met. This painting, titled Prince of Peace, presents Jesus with dark blue-green eyes. Though the idea of a blue-eyed Jesus goes against the picture most of us have of him, the Prince of Peace portrait certainly looks like it could represent a Middle Eastern man, physically robust, with a strong yet peaceful demeanor. Though I had spent a fair amount of time looking at Prince of Peace, until I read Colton’s book I didn’t realize Akiane’s portrait had blue eyes. They aren’t the piercing blue we are accustomed to on the movie screen, more a dark blue-green with hazel. I think this is a good example of how biased our perceptions can be. It tells me not to be too quick to dismiss someone’s experience – my own preconceptions color how I understand what I both see and hear.

In the book “Angels on Assignment” Roland Buck describes visiting heaven in a vision, and seeing something he thinks is contrary to scripture. He has the chutzpah to tell God, “That is against my theology.” God replies, “I don’t care about your theology.” Heh.

Pastor Buck is surprised by a number of things he sees in heaven. As I read the book I found his personal reactions very interesting: I got the impression his approach to life was being challenged. For instance, not all details included in the Bible are in heaven’s record books. God explained He does not keep a record of His children’s mistakes, since he has forgiven them: therefore the story of Abraham giving his wife to another man is not included in God’s own book about Abraham’s life. Pastor Buck seemed to have a hard time getting his head around this, maybe because Abraham’s flaws seemed such an important part of the story. I think Pastor Buck struggled at some points, thinking that heaven “should” be a particular way. Reading this book made me realize how easy it is to fall this thinking. The author had many visions over a number of years, and so the book contains a great deal of information about heaven – a lot of bang for the buck you might say.

“Heaven” by Randy Alcorn is a study about the bible’s teachings on the subject. The author attempts to counteract some things the average Christian in the pew fears about heaven – that heaven will be boring, that we won’t have much to do there and so forth. While I think the author did some good solid work in this book, I think it is aimed at an audience of what some call “Sunday Morning Christians.” SMCs are perfectly nice people, but Christianity has not exactly impacted their lives deeply. They have their doubts about heaven, because the homey pleasures of Sunday afternoon football, BBQing with friends, and watching a little TV at the end of the day seem like the best things in life – and they have trouble reconciling these activities with a glorious eternity. If a person is of a very practical turn of mind, and has not thought much beyond this life, this would be a good place to start.

Just one bone to pick with Mr Alcorn. He gives his opinion that people in heaven wear robes, probably white. This is a statement backed up with absolutely nothing. I wish he would say something like, “In my opinion we will wear robes because robes are comfortable, cross cultural and timeless. I think they will be white to symbolize the light of God’s presence.” But instead he just announces “white robes,” not giving any reason why not blue jeans, jodhpurs, or kilts. I don’t mind a little speculation – just give me some idea of your thought process.