Short Stories for Kids: The Queen of Riddles

Russian fables are actually mythic fiction stories which are not true. They are short story fairy tales with moral for kids to learn about good deeds. The benefits of reading fairy tale stories to children are these stories teaches moral values to promote responsibilities , encourage children to do good deeds and bad people will be punished for their bad actions. Short fairy tale stories are suitable to be read especially bedtime.

Do you read children fairy tale stories to your kids?

Summary of the short story

Now this story comes from Russian Fables. After reading through the whole story, I would say that the queen was a witty, clever and a sly lady. Her actions resembles Rumpelstiltskin story. In Rumpelstiltskin , the Queen also did not figure the answers to the gnome questions and she instructed her huntsman to search for answers. When she had answered the gnome questions, it sent him to HELL , which I would say, quite different from the Russian Fables.

Here, The Queen of Riddles, described the introduction that a Queen had a motive to look for her perfect , clever and handsome groom by answering riddles. If she couldn't answer the riddles, she agreed to marry the man who gave her difficult riddles that she had never heard before. I

I would say that all Queens are the same, too lazy to seek for answers on her own. She took the short cut instead. She instructed her servants to do the difficult job. The poor servant had to do her job by asking the peasant for answers. Of course, she got her answers and reported to the Queen.

Funny though, why didn't the peasant guess that the Queen cheated....Anyway, she was a responsible person. Even though she cheated, she married the peasant as she had promised. 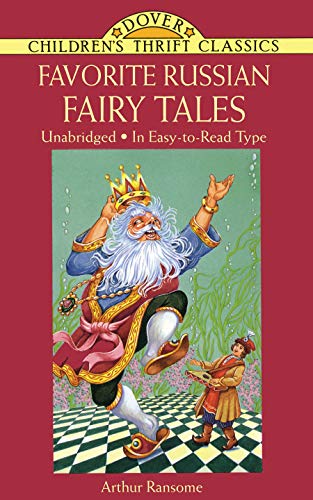 A collection of wonderful Russian stories for kids to learn about moral values and lessons in life.

My kids were awed that animals could talk, the magic and fantasy stories.

It is almost similar to Aesop Fables but we grew tired of the local tales.

Russian tales are different and fresh to my minds.

Learn something different from a foreign country culture and beliefs

The Queen of Riddles

The queen of Petersburg promised that she would marry anyone who could ask her three riddles she could not answer. Many young men tried to win her hand, but to no avail.

Finally, along came Ivan, the peasant and he said;

"I saw one good thing with another good thing in it. In order to do good, I took the second good thing out of the first good thing."

Of course, the queen did not know what to say. So, she pretended she had a headache to put off her answer. She gave order to her maid servant to persuade the answer out of Ivan.

The next day, the queen said to Ivan, " Here is the answer. A horse was in a wheat field and I chased it out."

Ivan was stumped. Then, he put in his second riddle.

" On the road, I saw a bad thing. I took up a second bad thing and hit it. So, one bad thing killed another bad thing."

Once again, the queen instructed her maid servant to find out the answer from Ivan. Did she get her answer? Indeed, she did.

The next day, the queen said; " Here is the answer. I saw a snake on the road and killed it with a stick."

Ivan was dumbfound and speechless for a second. Nevertheless, Ivan asked the queen the third riddle;" How did you know the answers to the first and second riddles?" The queen did not want to admit that she had found out by cheating. " I don't know..." she replied. Anyway, that was how Ivan married the queen.

Moral of the story:

Hence, this short story has a moral attached to it,

Cast your vote for Do you like Russia Stories?

Which Russian stories have you read?

Other Children Fairy Tale Stories That You may Want To Read